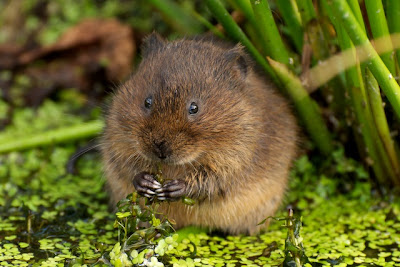 This morning we placed a new family of Water Voles out on to our display island. These are from our breeding stock which we hold off view from the public. There were only two voles left on the island, both old males which were bred out there and extremely used to sitting out in front of dozens of cameras. However, in their old age, they have been seen less, and so it was decided to retire them off view and allow a new family to thrive and make the island their home.

Parents and four kitts were placed into the tunnel system of the island. We hope that the youngsters will grow up to be comfortable out in front of people, and if they don't the first litter they breed on the island certainly will be. 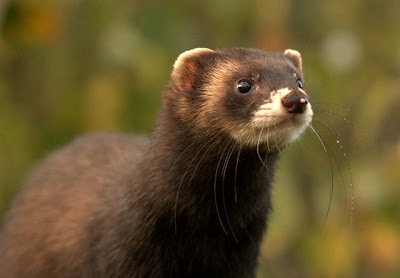 Yesterday we decided to change around our polecats in preparation for the Summer opening. Early in the year one of our females, Velvet, gave birth to 7 kitts. We separated the father from her when she started to get very aggressive towards him, and paired him up with another one of our females in an off-view breeding pen.

Now that the kitts are about 8 weeks old, we have moved them with their mother on display in one of our smaller mustelid pens. Here they will prove to be a great exhibit with the youngsters beginning to get really active and keeping their mother on her toes.

Eventually these young polecats will be relocated by the Polecat studbook holder, some of them may even make a return to the wild!


Over the next couple of days I will let you know about some changes with our Pine Martens and Wildcats.
Posted by Matt Binstead at 13:53