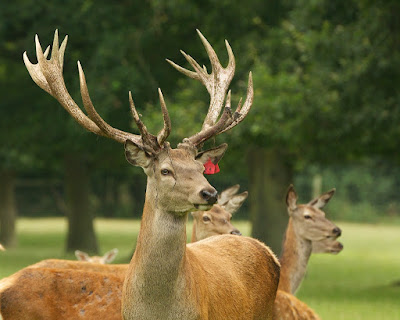 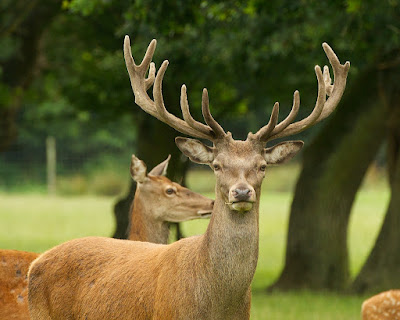 Posted by Matt Binstead at 11:29 No comments: 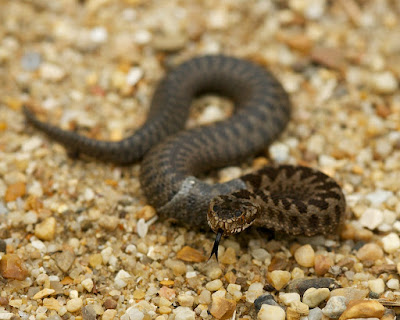 Yesterday saw one of our female adders give birth to some little neonates, one of which is pictured above... Isn't he cute!?!

We knew she was pregnant, and due any day now, so when Little Tom and Meg saw her acting a little 'odd' in the morning they thought yesterday could be the day. Seeing a couple of little ones moments later confirmed it.

I went up to keep an eye on her, and took my camera, and was lucky enough to witness something I have never seen before! 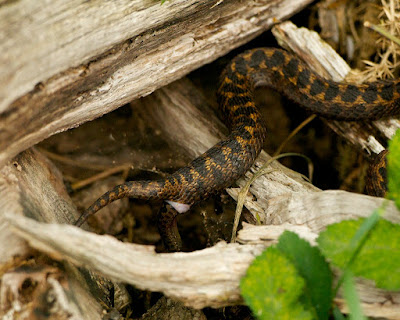 Look at that... an adder giving birth. We have had babies here before, but never have I actually seen the birth. It was incredible to watch.

Unlike most snakes, adders give birth live... but it gets a little more complicated than that as they develop inside the mother in a kind of soft shelled membranous egg sac which usually erupts moments before birth, and is often expelled with the youngster. 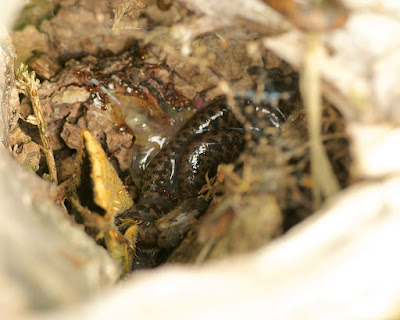 You can see here one of the babies, seconds after birth, and covered in a 'gooey' like substance. This is that membraneous sac. Once born they babies are independent, and break free of this and are on their way.

If you click on the photo to make it larger, you may even see some red ants already on the sac and obtaining some nourishment from it... isn't nature amazing! 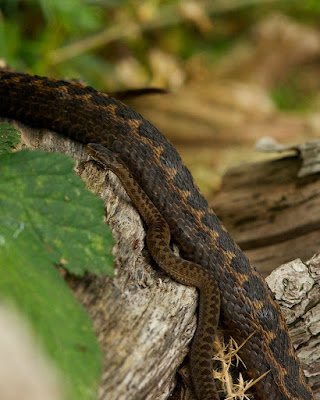 A female adders litter size can vary greatly depending on a lot of factors. Our female last year had five youngsters, and so far from yesterday we think we saw six different ones. They can have in to the low double figures though.

The mother will look very thin over the next few days, but if you do come to see them please don't be alarmed. This process takes a lot out of the females, and it will take a good year to regain full fitness to be able to produce again. In the wild they often go a few years before having another litter. 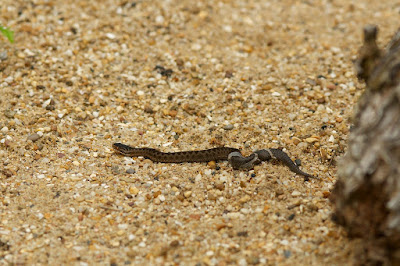 You can see how small they are, roughly 15cm in length, and less than an average pencil size in diameter. Shortly after birth they are moving around, removing the rest of the sac and shedding their skin. 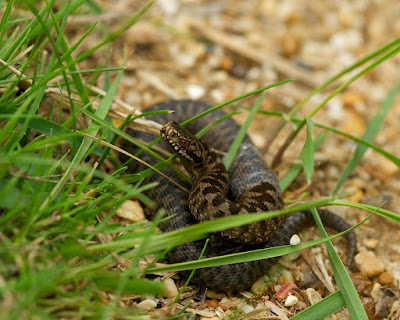 Feisty from day one, they have to be to protect themselves in the wild. But soon settle to be as docile as the adults.

If you want to try and see our latest arrivals, early in the day is best when they are still basking and warming up.
Posted by Matt Binstead at 11:42 2 comments:

July's Photo of the Month


Another month, another photo... an boy was I spoilt for choice for July's photo of the month!

The nicer wether has obviously brought a lot more of you photographers out to the Centre, and/or the abundance of new life with all our youngsters around at the moment. If you don't already, I encourage you all to have a look at one of our photo sharing sites (flickr being the most regularly used it seems) and you will get to see some great pics of our cubs, kits and fawns etc.

Of all these it was our new weasel, Neve, and our water voles that seemed to be most popular. Neve has really settled in well and has become a real star posing so beautifully in front of the camera. She has a real personality to her too which is great. But it was a photo of one of our young, but almost fully grown, water voles that caught my eye, taken by Steve Liptrot.

Steve has taken a stunning portrait of one of our most endearing mammals, captured beautifully in his habitat peeking out from the bank with the water as a backdrop. The almost pastel like shades of the grass and vivid colour of the voles fur complement each other perfectly, and the detail in eyes, fur and whiskers are amazing... talking of the whiskers... aren't they incredible! Well done Steve, a fantastic photo!

To see more of Steve's photos take a look at his flickrstream linked in his name above. It will be worth the look. 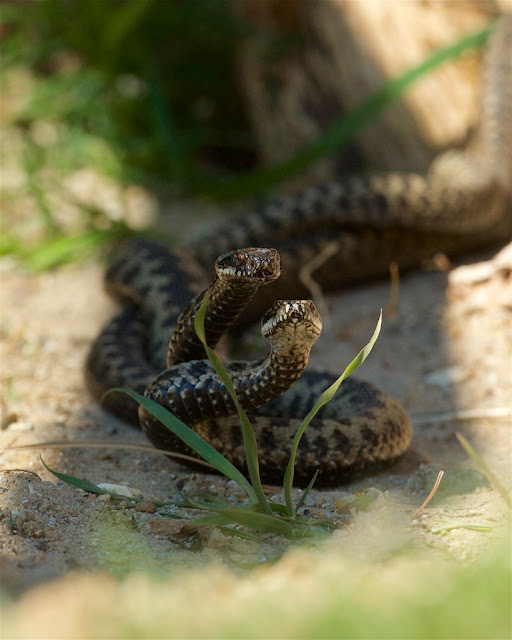