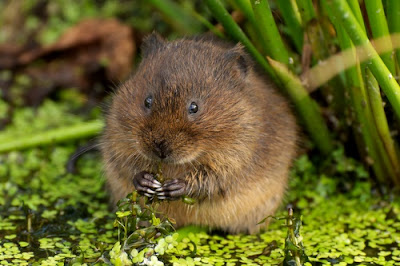 Recently we have just introduced another batch of Water Voles out onto our Nature Reserve. After another successful year of breeding, plus additions from Wildwood in Kent, we re-paired up our voles ready for next season and released the spare voles into the wild before it was too late in the season.

After the initial releases two years ago, the patient few have been spotting the voles out on the reserve while we have been open to the public. We are hoping with the new influx sightings will be more common, and next year we can look at further releases slightly further afield.