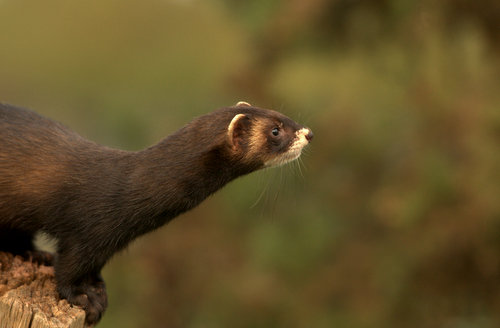 The polecat is one of the seven native weasels we have in Great Britain. During the first half of the 20th Century they reached record low numbers, but have been a success story during the second half spreading back from their stronghold in Wales eastwards and north through the country. Their success has been fuelled mainly by the recovery of rabbits after the effects of myxamatosis and the re-introductions of polecats in several areas.

We have bred polecats here at the Centre for many years now. All or individuals belong to the studbook and so we have helped, in many cases directly, with the re-introduction efforts.

Therefore we are pleased to say we have a new potential breeding pair that arrived at the BWC this week. 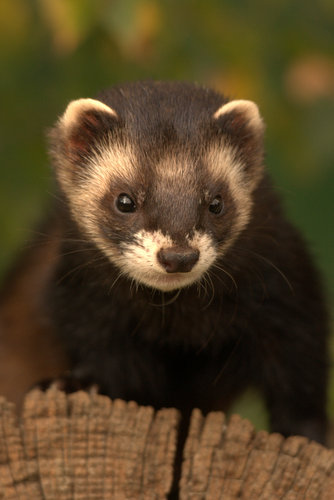 Joining "Storm & Velvet" we have a new 1 year old male called "Cassius" and a young female called "Mags". They are currently housed separately, but adjacent, in the two pens opposite our main polecat enclosure. Over the coming weeks they will hopefully get used to each other before we allow them together to potentially form a second breeding pair.

Once again, any young polecat kitts born here this year will potentially go for release to aid with their comeback in England.