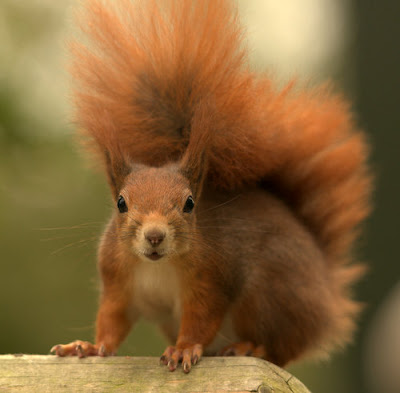 Our native red squirrel is declining, fast! Once throughout the country they are now mainly found in Scotland and a few of the islands around the UK. Many people think it may only be a matter of time, perhaps even only 20 years, until we lose the red squirrel completely from mainland UK.

So why are they so threatened? Well, it seems that it is a combination of many things, most of which can be linked back to the grey squirrel either directly or indirectly. So is the grey squirrel the cause of the loss of reds... yes and no. Many have forgotten that our red squirrels were declining in number before the grey squirrels even got here, but there is no doubt that since the greys have turned up the red decline has rapidly increased. From the first introductions of greys in 1876, we now have nearly 4 million of them throughout the UK with the red squirrels estimated at best to be around 145,000. 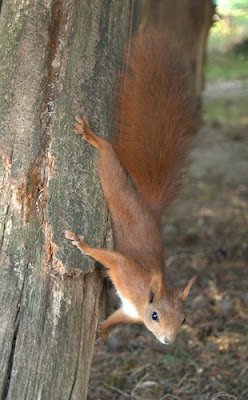 Grey squirrels very rarely physically attack a red squirrel, so it is more a competitive threat they pose. They are a larger squirrel being nearly twice the weight of an adult red and they breed more readily. But the biggest threats are that of food competition and disease.

Grey squirrels are capable of eating certain seeds and nuts before they are fully ripe, so in an area where the two exist it is possible that the grey squirrels will exhaust the supply of food before the reds get a chance to eat it.

There is a squirrel disease, the squirrel pox virus, going around the country. The difference here is that where as both the greys and reds can catch the disease, it rarely effects the greys. They therefore act only as carriers and help to spread the disease to the reds to which it is devastating, killing them off in usually only a couple of weeks. 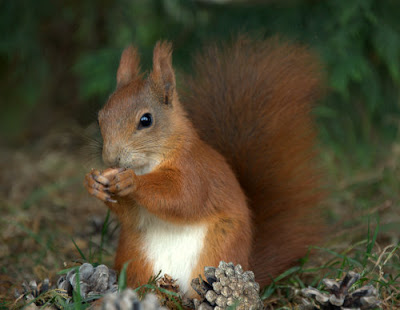 Currently very little can be done to stop the spread and effect of the grey squirrels. We breed our red squirrels here, and the youngsters we pass round to other collections to try and build a nice healthy population of red squirrels in captivity for a time when hopefully they can be released back to the wild. I think only with careful re-introduction plans in grey squirrel safe areas can we hope to keep a few small pockets of reds remaining in the UK.

At the end of last year, we did send half a dozen squirrels over to the Isle of Tresco. The plan here is to allow the residents to learn to look after these fragile animals and observe their behaviour. I believe they wish to then introduce these animals to the wild, and then breed their own squirrels with pairs we will gift them later this year, to add to the numbers with any new kittens produced. If we have spare kittens at the end of the year, we would then be able to look at possibly helping to boost the initial numbers by sending a few more over to the island. It is still in its very initial stages, but you will of course hear updates of how it is going throughout the year.