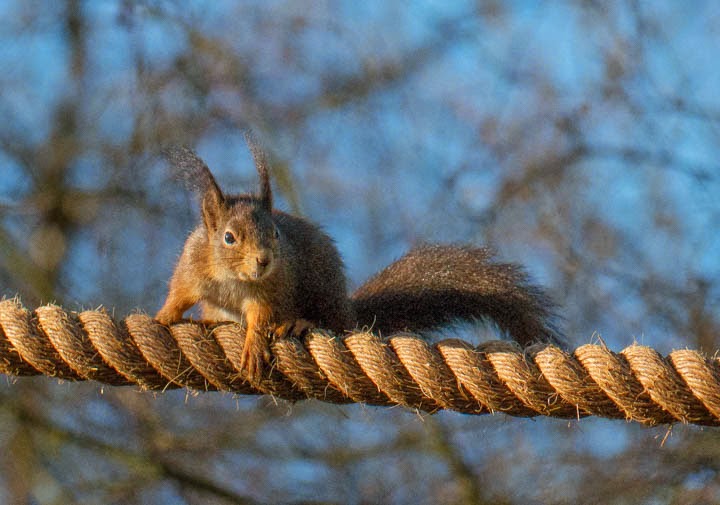 Just a few photos to show you that our red squirrels love the new rope we put up for them last week!

Some of you may remember the ropes we had up when we first opened the walkthrough enclosure... They worked well, but due to funds were not of the best quality, and due to time were perhaps not put high enough to make a real visual effect.

A couple of years a go now the old rope had deteriorated enough that it had to be removed, and we have wanted to replace it ever since... but to do it on a better scale. 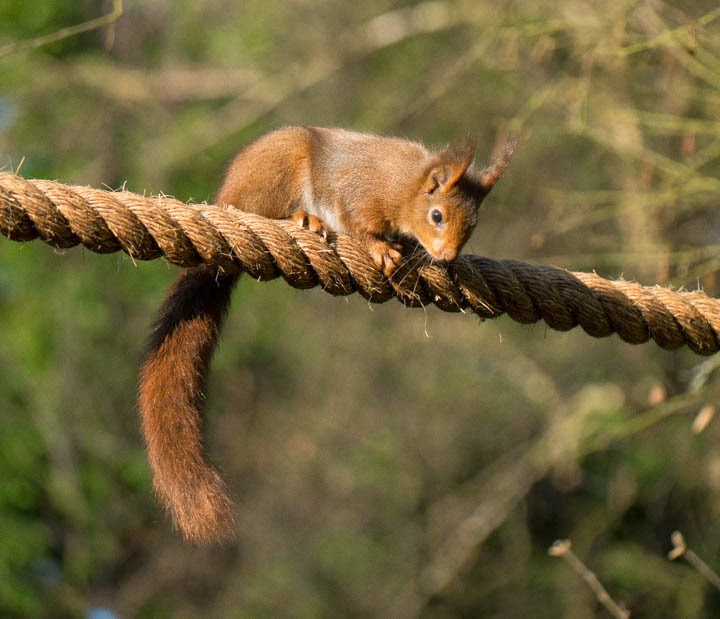 This year we were in a position to do this. 220 metres off rope was ordered in one large coil, and a team of four off us struggled to unwind and thread this through the trees of the Copse. We wanted to get it done in one length, and wanted to put it up higher, and hopefully you agree the effort was worth it. It really does look amazing in there. 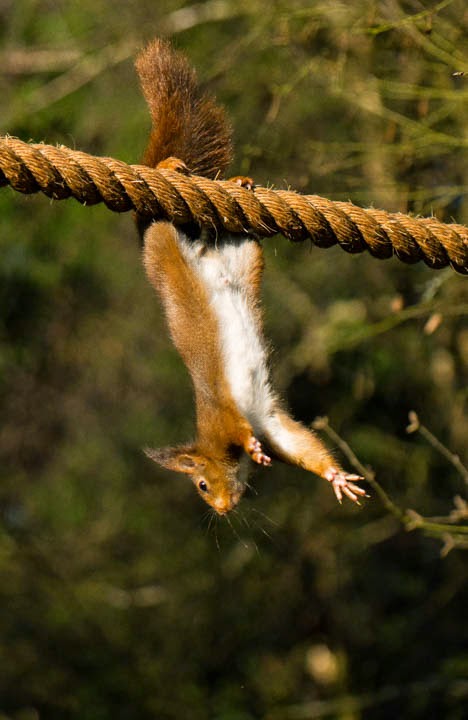 It didn't take long for the squirrels to start using it. I was in there yesterday morning for half an hour and had about 12 squirrels buzzing around and darting back and forth along their new aerial runways!

Come and have a look at some point if you get the chance, and don't forget we are open every day this week for half term.
Posted by Matt Binstead at 08:04