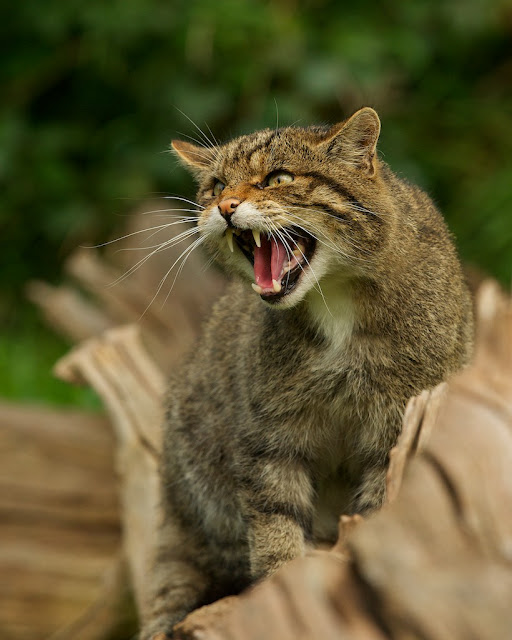 Recently we opened up the doorway between our first two wildcat enclosures to allow Macavity, above, and Kendra, below, to share a double pen. For the past couple of weeks Kendra has been showing signs of interest in the two males, and Macavity has been calling to her.

We took a hiatus from breeding our wildcats for the past couple of years, but it seems once again wildcat conservation groups are keen to have kittens being born, and things to be on the up in terms of a potential release of wildcats in the future. 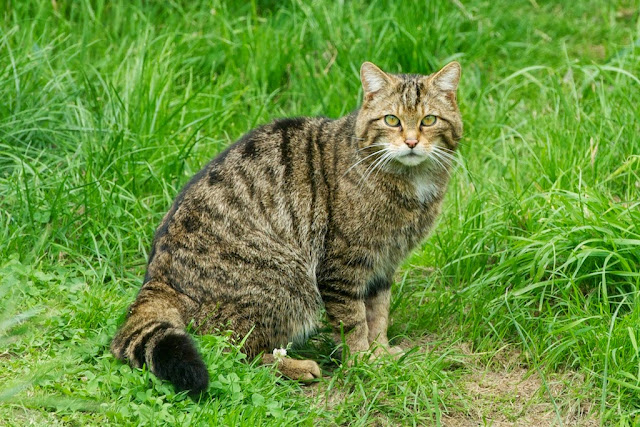 The last time Kendra had a litter, she produced three lovely kittens... all moved on to new homes. These were sired by McTavish. Macavity was the father of Iona's kittens a couple of years a go, but since he now lives next door to Kendra we thought to keep things easy we will just open the door between their pens. 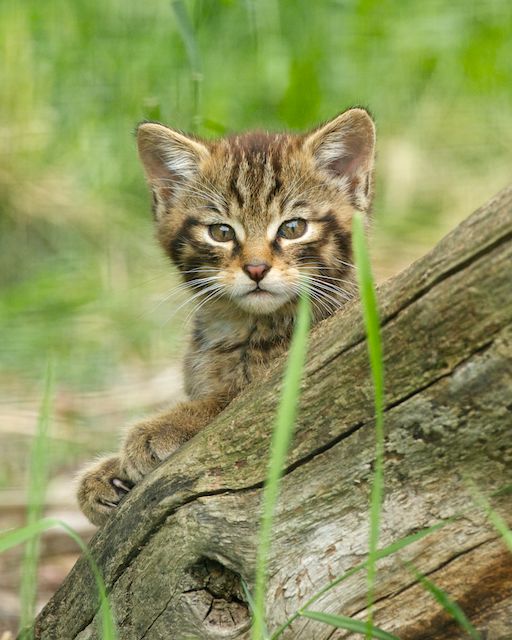 Hopefully this will be the result! Some healthy kittens which will go on to help with the breeding and conservation program for Scottish wildcats.

It is still early days, but I imagine it won't be long until they mate... unless they have already of course... and then in a few months time I hope to be bringing you news of kittens here at the Centre.