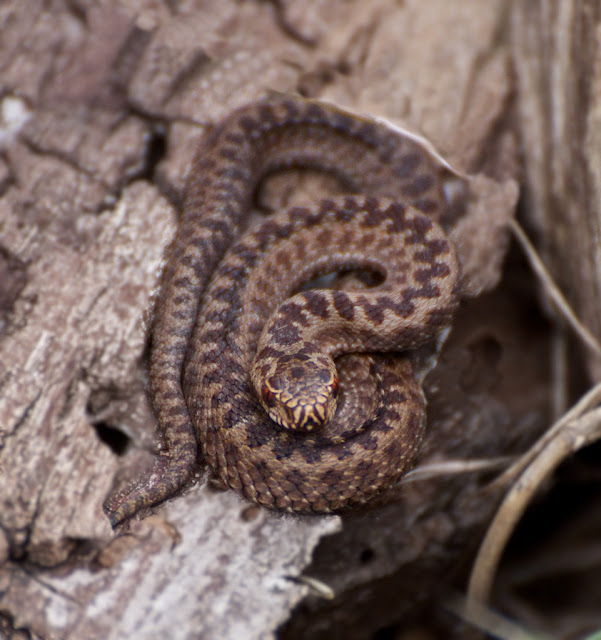 To some they may not be the cutest, but to me they are still adorable... Adder Babies!!!

Earlier this year we had the dancing between the males, and the mating of both females. This doesn't always mean there will be a litter of youngsters, and usually it is every two or three years that the females will reproduce, but with our last litter two years a go and one of our females growing in size rapidly over the early summer, we thought this may be a year of little ones.

Sure enough, yesterday saw the first ones being born. We have only seen 3 at the same time, but there may well be more with female adders often having up in to double figures in one litter. 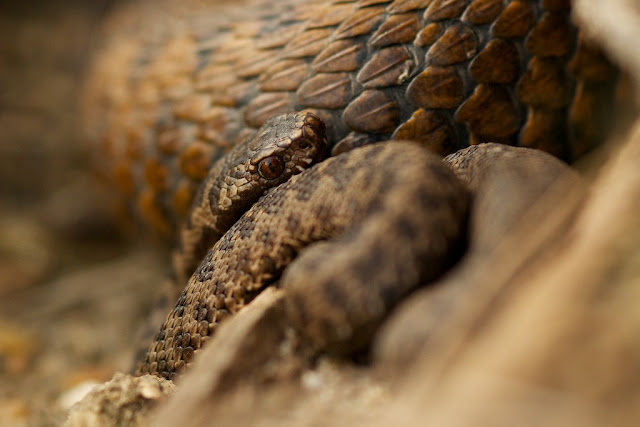 Baby adders are usually called "Neonates", but I prefer the more endearing "Adderlings". I haven't been able to get photos of this years yet, so these are from our last litter.

Unlike many reptiles, adders give birth to live young... or at least appear to depending on how technical we want to get. In essence they emerge from the mother in a very soft membranous sac which they quickly escape from. They are tiny in size, but perfectly formed like a mini adult. Difficult to see in the first photo, but in the one above you get a better idea of scale (pun fully intended) of the youngster pictured against the scales of the mother.

Venomous and independent from day one, extra care is now taken when cutting the grass in their enclosure. They are so small they are difficult to spot, so take some extra time looking when you are next here if you are hoping to see them.