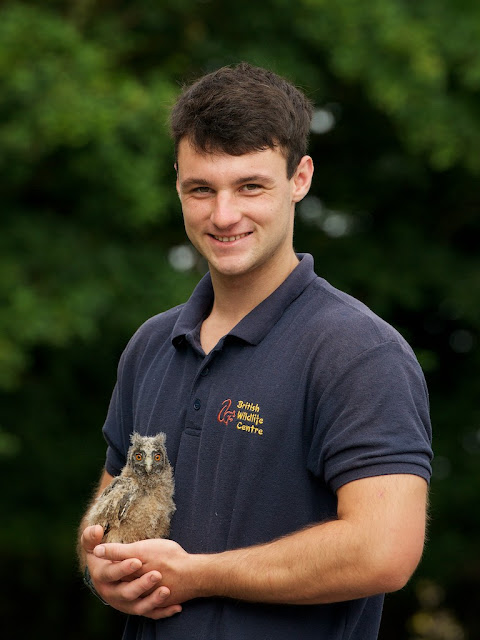 Last week we said goodbye to one of our keepers, Little Tom, who after nearly four years of being with us has decided to move on for a new challenge. If you don't recognise him above, then try picturing him with a beard... and seeing him through tears of laughter as you try to control yourself during one of his hilarious keeper talks... no?,.. oh, tough crowd.

Tom was a great asset to us over the years, and helped the Centre to develop and grow throughout that time. He will be missed, as will Des and Troy, his jokes, and his singing.., eh, well maybe not his singing.

We wish him all the best in his new role at Godstone Farm, and the new challenges and skills that will offer. Being just down the road, I am sure he will keep pop in and keep in touch.