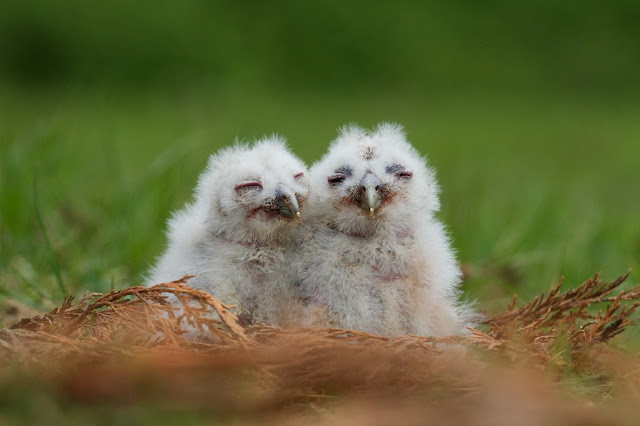 We have had another successful year with our owls, and all breeding pairs have produced clutches of chicks. This means we have long-eared, tawnies and little owl babies. They are all all doing well at the moment, but we did have a bit of worry with some of them. 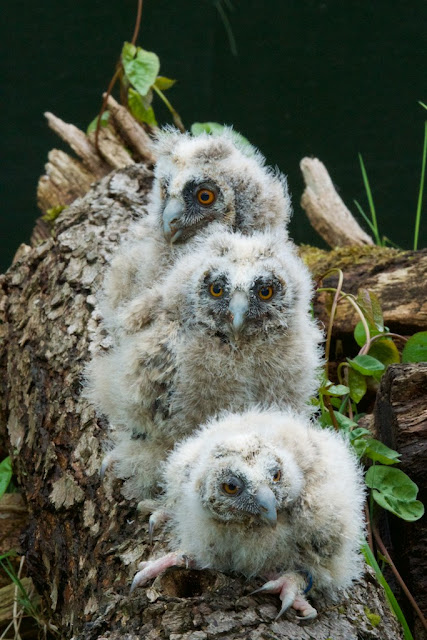 Our long eared owl pair, Quil and Embry, have been successful for a few years now... usually having two clutches a year, so we weren't surprised that they had another clutch this year. Our first owls born of the season, three beautiful chicks, and all gone off to new homes already.

They stayed with us while we made sure they were all healthy and well, and then were donated to good homes all with close links to us here through current and former keepers. It will be nice to be able to stay in touch and see how they settle in, develop and grow. 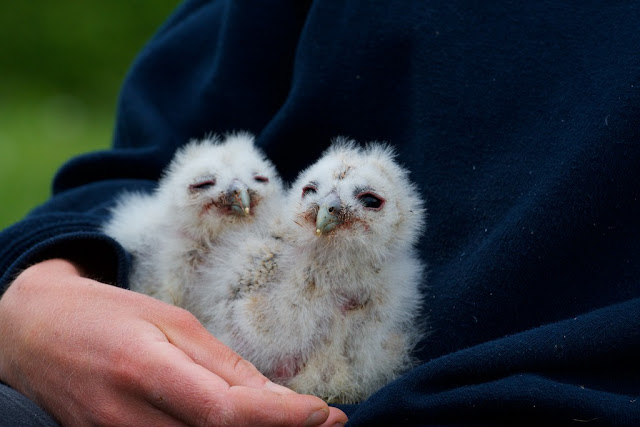 Having tried for a couple of years, this is the first year our tawny owl pair have produced a clutch of eggs and sat on them. Three chicks hatched out, but unfortunately despite the male taking lots of food to the female, she wasn't feeding the chicks. It's always a difficult decision, as you want the mother to learn what to do, but keeping a close eye on them it was soon apparent that they weren't going to survive unless we stepped in earlier than we usually would. We took two chicks away to rear, with the third unfortunately not making it. 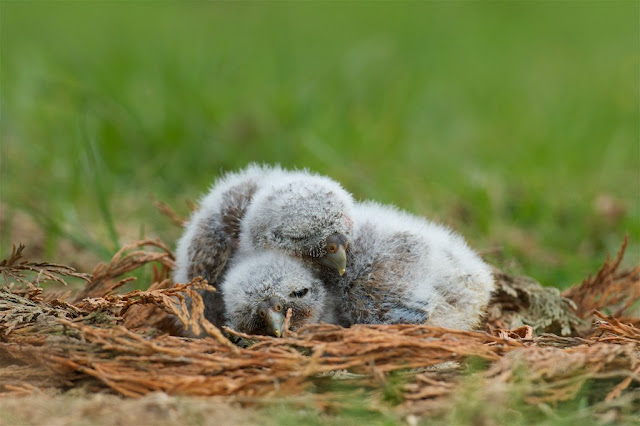 Our little owls are pros now, and having had a few clutches in the past, this is the first time two years in a row they have produced. Four chicks hatched this year, and to help the two undersized tawnies we took to rear, we removed the two largest little owls to help keep them warm in the nest.

The other two chicks will be removed when we usually take them so they can be reared and imprinted.