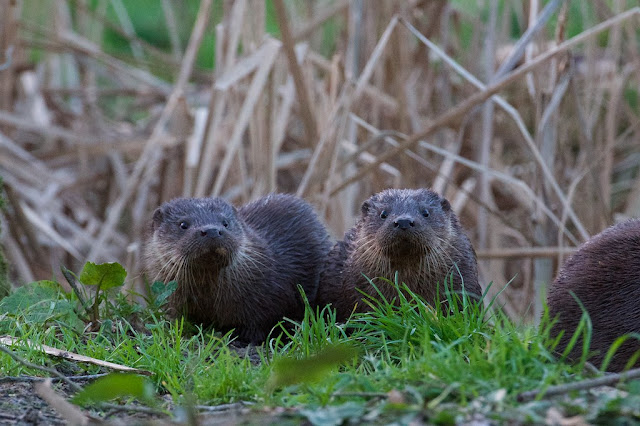 Our two otter cubs are growing and progressing well, and beginning to make more regular appearances. They have been a little shyer than last years cubs, but do tend to venture out most days... so if patient enough, you should be able to see them. Another week or so and hopefully they will be a bit more predictable and start venturing out more regularly for the keeper talks with mum and dad. 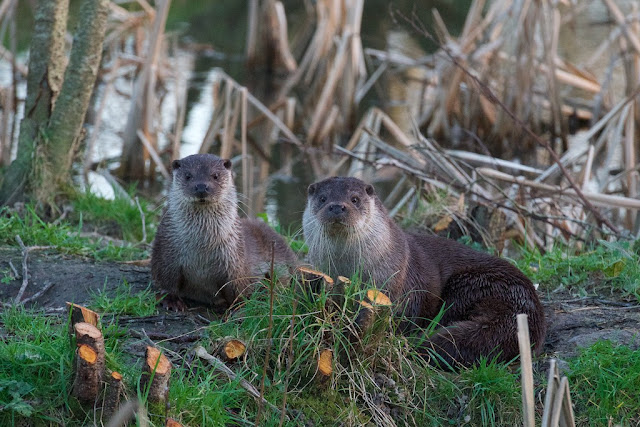 Here is mum and dad, Emmy and Elwood. Unfortunately up to a couple of days ago I had not been able to get any photos of this year's litter growing. When the two little ones were out, my camera was at home. When I had my camera here, the cubs were not to be seen... or not till it was dark anyway. Luckily though a couple of evenings a go, they ventured out just as the sun had gone down but before it was too dark. 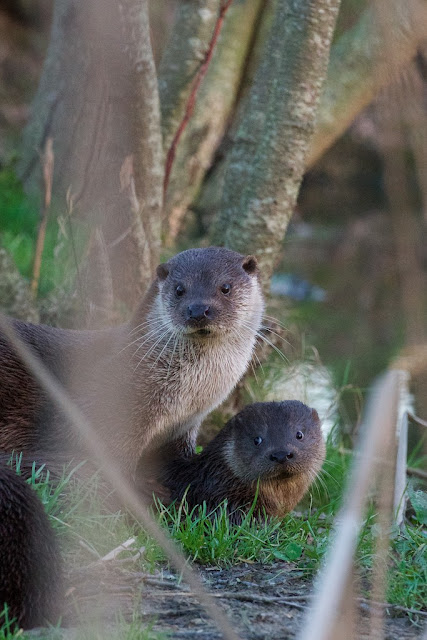 Here is Emmy with one of the cubs on one of the islands. We managed to have a good clear out of the ponds this winter, still a little more to do, but we have thinned out the foliage on the islands to make it a little clearer for people to see them when they lay up there. 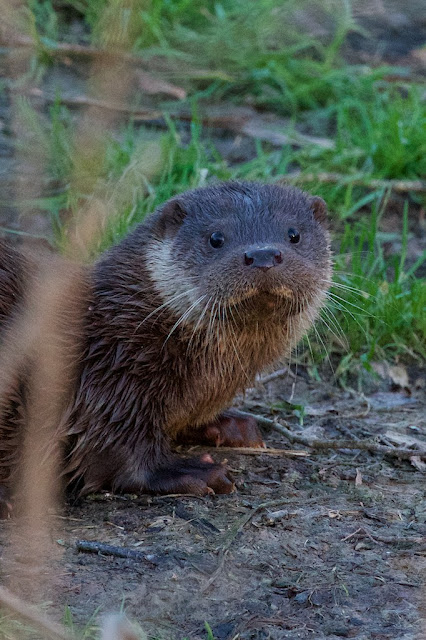 If you remember, the cubs are one male and one female. The little female we have named "Bea" short for Beatrix (pOtter). We will most likely keep her here at the Centre. Her brother will end up moving on to another Centre after the summer, we have named him "Otto" short for, wait for it... Ottermus Prime! And yes, we do know how awesome that name is! 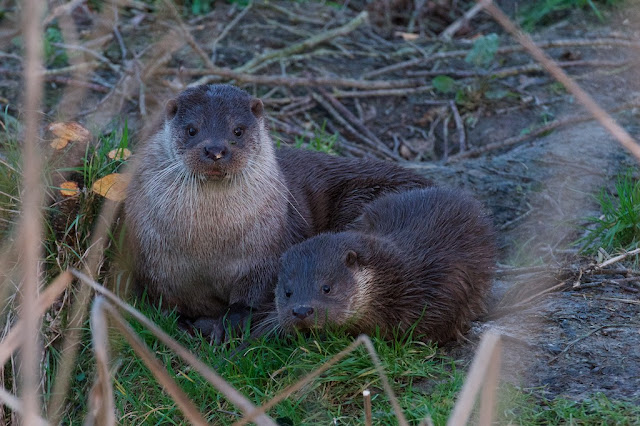 This is Elwood with one of the cubs. Shortly after the two cubs dived in to the water, so I snuck around to the back of the enclosure to wait and see if they would go back to dad. After a few minutes, sure enough they did, and spent a little time with Elwood climbing over him and each other. 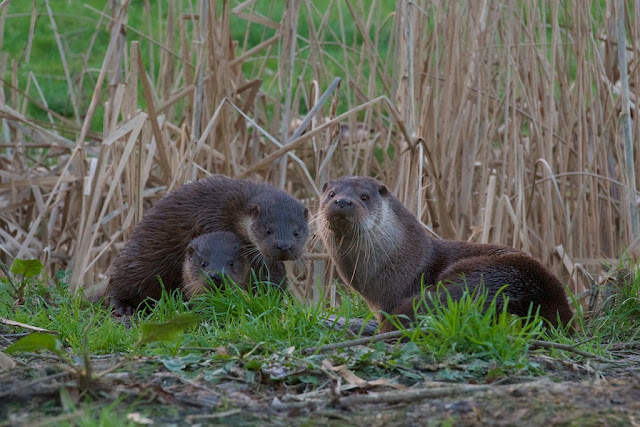 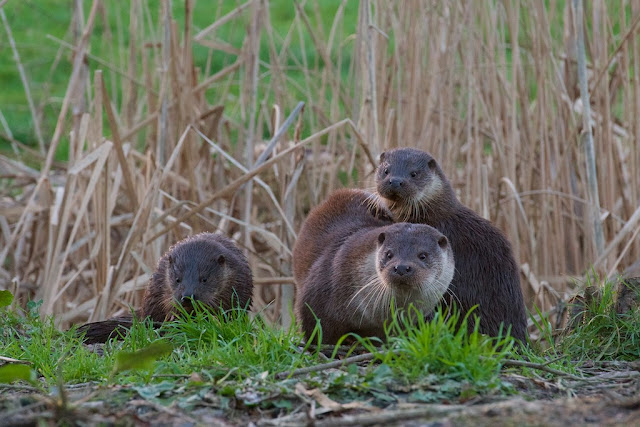 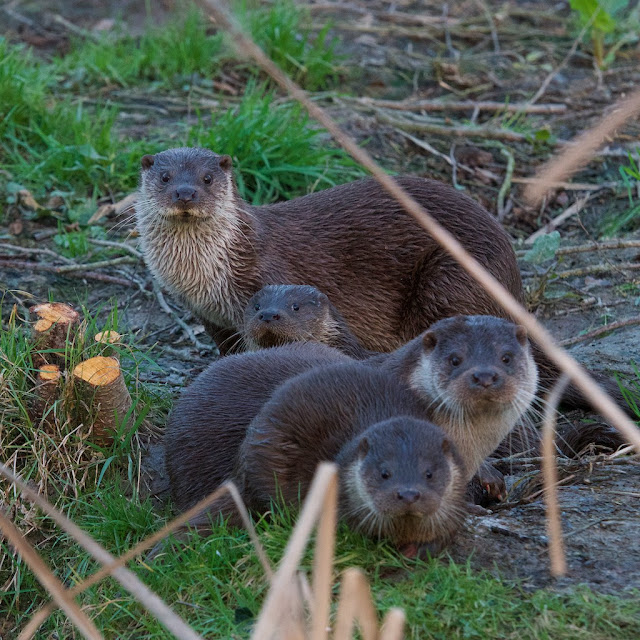 And to end, a little family portrait.