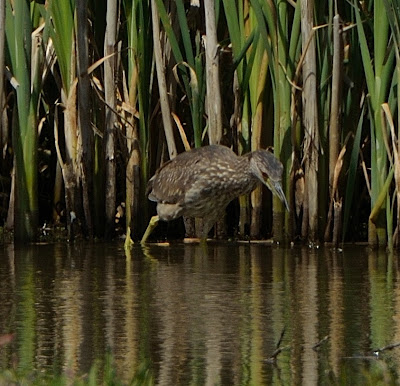 Back in May of this year, we had a very rare visitor of Britain visit our nature reserve. At the time, although knowing it is not often seen in this part of the country, we did not know just how rare this sighting was.

The bird was a Night Heron! Duncan Jennings, one of our more frequent visiting members and keen amateur bird watcher, was lucky enough not only to spot this rare bird but also take these photos you see on this page.

After casually mentioning this spot to our local expert twitcher, Ken Noble, he got very excited and asked to see the photos as evidence. Once he had confirmed that they were indeed night herons he passed this on to the Surrey Birds Club Records Committee who immediately got in contact with me.

Apparently, this is only the 4th Night Heron to have been spotted in Surrey since 1900! Well done Duncan! 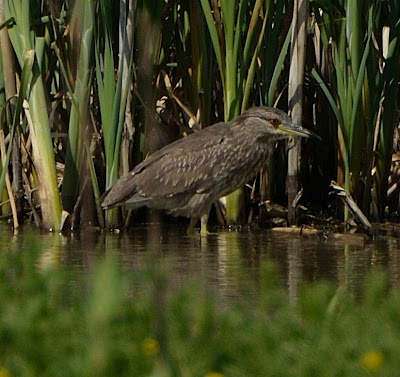 The Night Heron is a very rare visitor to Great Britain in general, and any spotted over here tend to have come from the Netherlands either slightly blown of course or during a slight detour whilst migrating. The photos show it is a juvenile night heron with the brown and pale flecked plumage, the maturer ones being more black and white.

They tend to be quite a crepuscular bird mainly hunting at dusk on the edge of the bank, for small fish and invertebrates. Although only seeing one on our nature reserve, they quite often hang around in small groups and it is not unusual to see them in the trees such as our Grey Herons that live on our reserve. 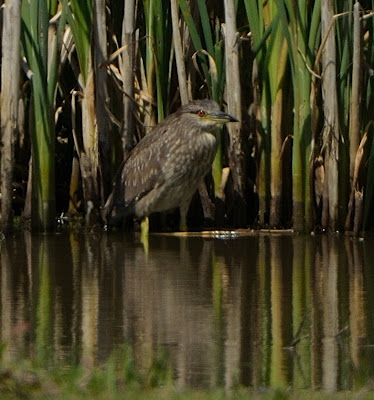 Well done again to Duncan Jennings for these great photos of this rare bird. To see more of Duncan's photos check out his flickr page at http://www.flickr.com/photos/68514682@N02/