Water Shrews are Back 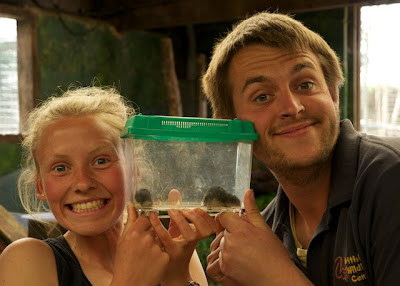 Our hedgerow pond enclosure in "The Hedgerow" has taken on many forms over the last few years, but it was last years Water Shrews which were the biggest hit! Unfortunately they both died of old age, but at the end of last year we sourced 2 more pairs from Derek Gow Consultancy.

With our recent tidying up of the enclosure, today saw us introduce one of the pairs to the display. We will keep the others off-display in potential breeding pens, but with the pair on display also a potential pair we have fingers crossed for possible youngsters later this year. 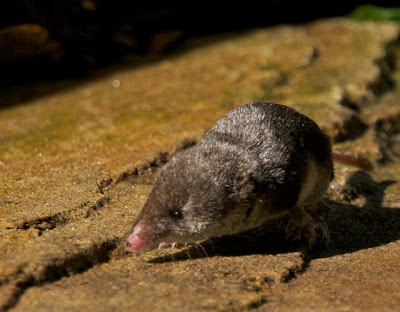 The Water Shrew is the largest of the British shrews, and very distinctive with its black fur on top and white fur underneath. They often have white tufts of fur around the eyes too.

They are usually found near water, such as along streams and river banks, and have a preference for water cress beds.

Water shrews are insectivores, and will hunt both in the water and on land, freshwater shrimps, caddis fly, small fish, beetles and earthworms all being regularly taken. They have to eat 50% of their body weight every 24 hours just to survive and so their reputation for having a voracious appetite it just.

The water shrew, as many others, has venomous salvia which helps to stun it's prey, and aids digestion when eating. The water shrew is one of our shrews which has red tipped teeth. This is a sign of the extra iron deposits that form in the enamel of the teeth, and help to prevent them wearing down on the hard casing of their invertebrate diet.

Usually a solitary animal, water shrews can live together, and will generally breed over the end of Spring/early Summer. Their life span is short, only 18 months, and often they die after just one breeding season, but they can have up to 3 litters within that time.

To see our water shrews you will have to be lucky, but they are active frequently during the day hunting for food. Spend some time at the enclosure and you may may treated with a rare glimpse of this  fantastic animal. 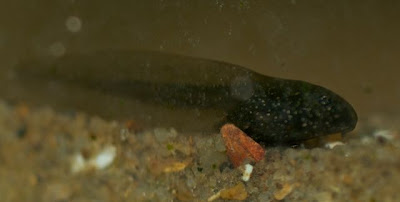 As well as the water shrews, we have decided to delay putting our sicklebacks back and instead use this larger fish tank for our tadpoles. This will give you a much better glimpse into their transformation from  tadpole to froglet than previously seen in our small tank in reception. Keep an eye on them over the next few weeks to see how they develop. 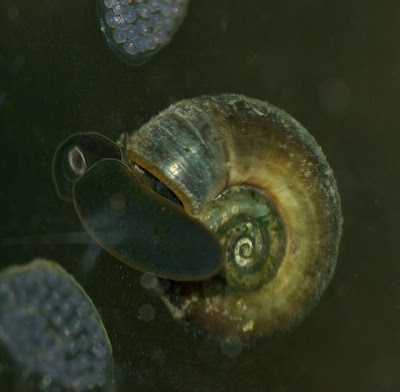 While patiently waiting to see the water shrews, not only do you have the tadpoles to look at, but also a few stickle backs in the pond and many other little water invertebrates. The ramshorns have even started laying their eggs, so many snailets to be seen very soon. 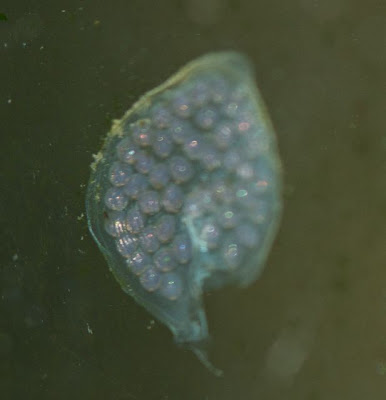 Don't forget, we are open everyday from this Saturday the 31st of March, for the Easter period.
Posted by Matt Binstead at 22:19