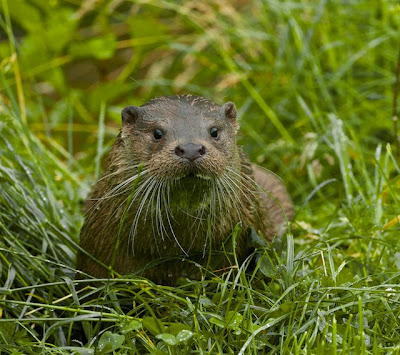 This past Wednesday saw two new otters arrive from the New Forest Wildlife Centre. These brothers, named "Jake" & "Elwood," have been introduced in with Lily and Emmy respectively. 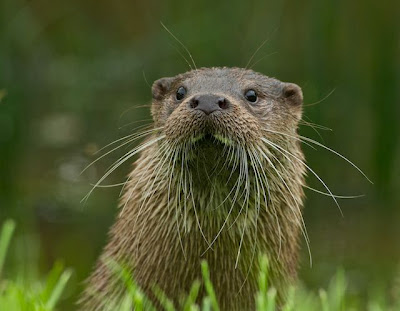 The photos in this post are all of Elwood, who has been an absolute star so far! He did his first keeper talk with me this morning, and he was out waiting much to my surprise. He has settled really quickly, and has been seen playing with Emmy on many occasions. Nice for her to have a playmate since we moved her brother Tamar across to Gracie's pond.

Jake is a little shyer, and looks like he may take some time to settle in. However he has settled very quickly with Lily, and on most occasions I have seen him it has been laid up in the reeds, or in their holt, together with Lily. Do persevere to get a peek of him if you visit as it will be worth it... he is one of the biggest otters I have ever seen! I think Elwood was getting a little fed up with all the attention by the end of the day, he certainly told me to go away in no uncertain terms.

Come and see our new otters if yo get the chance over the Summer holidays.
Posted by Matt Binstead at 18:42