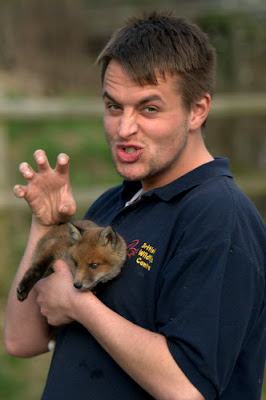 Today is Richard's last day at the BWC before jetting off to Australia for another bout of travelling, later this week. Rich has been a keeper at the Centre on and off for 6 years. Having started part time, he was offered a full time position back in 2008 before taking leave to travel the world a year later. On coming back to the UK, his luck was in as we needed a new keeper, and so we welcomed him back in to the fold.

The pull of places not seen has always been strong for him though,.. and he is getting on a bit now too,.. and so it is to no surprise that he has decided again to take a trip. 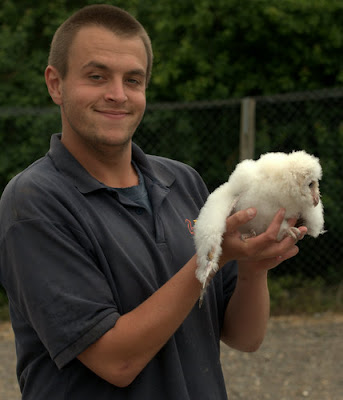 Richard is hoping to spend a year or more working and travelling around Australia, following in the footsteps of former keeper Laura.

I am sure Richard will be missed by animals, staff and visitors alike.

Good luck Rich in your travels, and stay safe!
Posted by Matt Binstead at 15:33