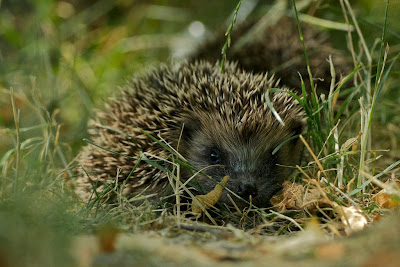 A couple of months ago you may remember I let you know about the vote that the BBC Wildlife Magazine was having on an animal to be the National emblem for Britain.

Well, the results are in, and last week it was announced that the hedgehog won the public vote with a staggering 42% of the cast votes, out of ten different species! You could say that was pretty unanimous!

So what makes our British hedgehog so great?, he is a reminder of a post I made a year ago...

- The males are called boars, females sows and babies hoglets

- They have around 5,000 hollow spines or "quills", each lasting about a year before dropping out and being replaced by a new one

- When first born they have only a few spines, which are soft and reside just under the skin

- Hedgehogs are mildly intolerant to lactose, so please do not feed them bread and milk!

- Hedgehogs are known for being flea-ridden, often carrying up to 500 fleas, of course the ones at the BWC are treated and so are flea free

- When stimulated by a strong smell they often self-anoint, tasting the new smell and then licking their spines with a foamy saliva... no one is sure the reason behind why they do this?

- During hibernation a hedgehogs heartbeat will drop from 190 beats per minute to around only 20bpm!

- They can run up to 4.5mph! Not bad for a little ball of spikes 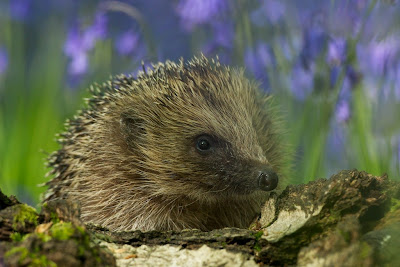 The great shame about this is that our hedgehogs are in sharp decline... no longer are they a part of our staple wildlife that many people think... we need to act now to try and save the hedgehog.