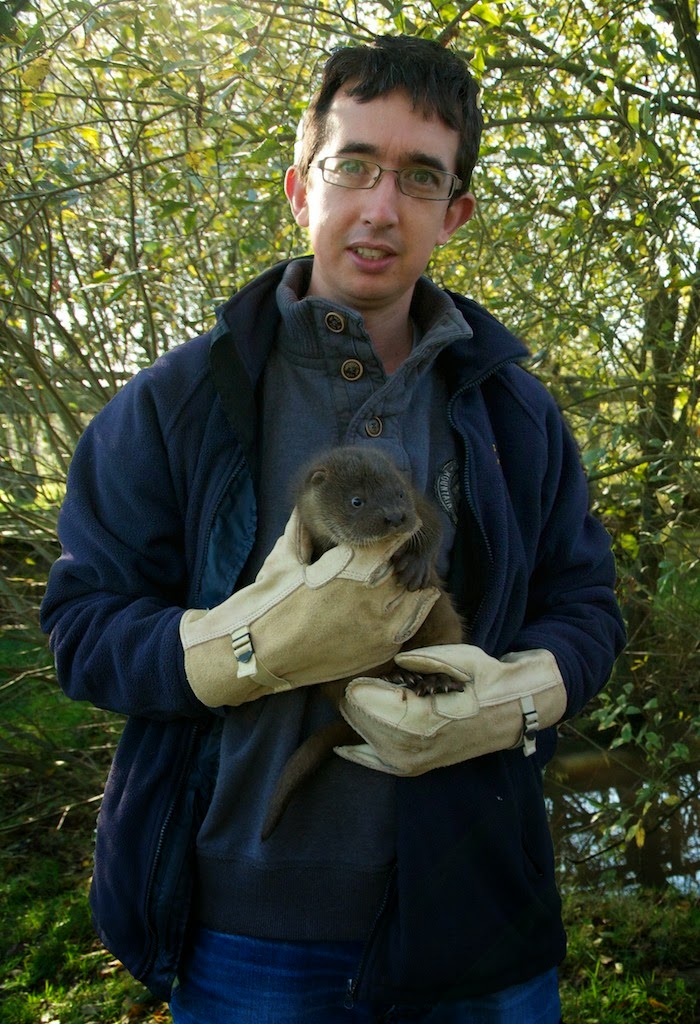 Let me introduce you to one of our newest members of the BWC family... We have a young male otter cub, only six weeks old, who we have named Dann.... eh, I mean "BUSTER"

Little Buster was born here six weeks ago from mother Emmy, and fathered by Elwood. He is a chubby little thing, being the only cub born again where usually you would expect two or three. But this means he gets all of mums attention and so is growing fast. 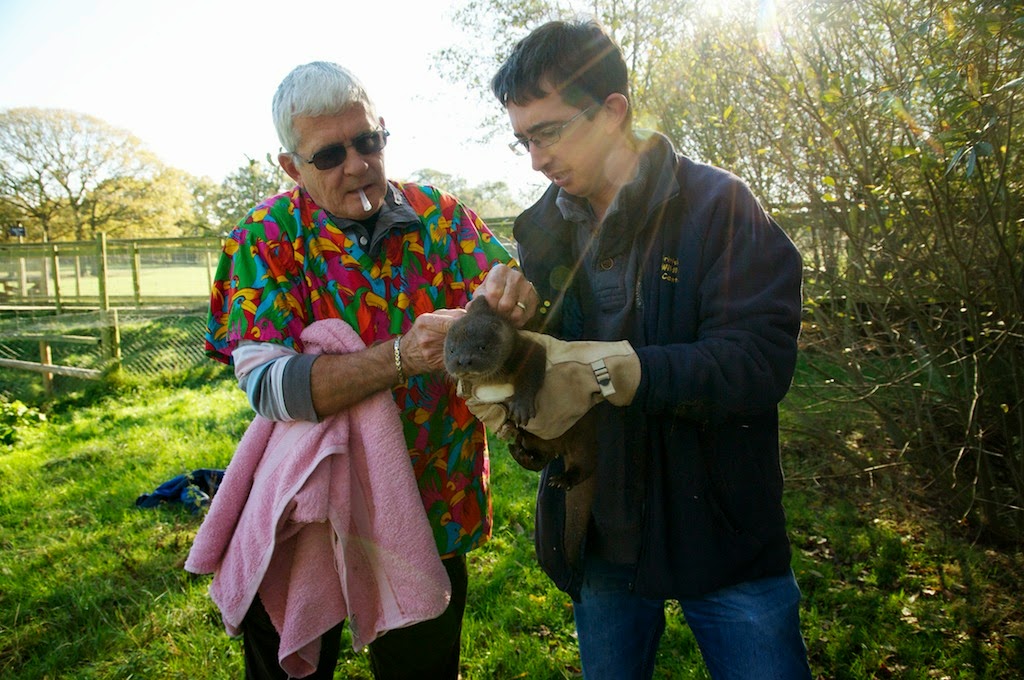 Earlier this week I took our vet down to see him and microchip him for licensing reasons. While there we made sure he was nice and healthy, and sexed him.

You may think the gloves are overkill for this little one... and to be fair, they were! Little Buster was as good as gold... But last year with Franklin I restrained him bare hand and he screamed and bit like crazy.

Buster was so good though that he didm't even make a sound. This mean't we could nip in and out within a couple of minutes, and Emmy being the other side of the enclosure, had no idea we had done it. Perfect. No guarantees of course, but I would imagine Buster will start emerging in a couple of weeks or so... soon after this his swimming lessons will begin. A must see! and I will try and let you all know when they start.

This means unfortunately for Franklin it will be best to separate him out from the main pond. He has been no trouble what so ever, but at just over a year we normally would have moved him on by now, and in the wild they would have dispersed. Over the weekend we will move Franklin in to the middle pond.

Poor old Elwood will miss his playtime with Franklin after each morning keeper talk. But it won't be long till Buster will be old enough to take over the role.

I will let you know when he starts coming out.
Posted by Matt Binstead at 12:16