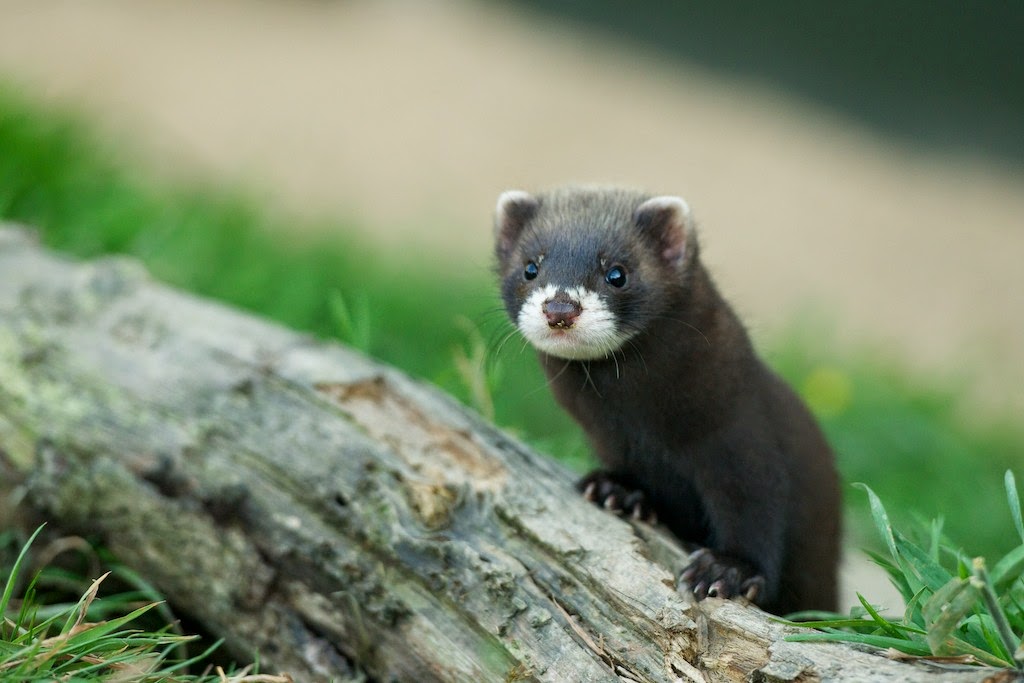 Over the weekend our polecat kits, which were born here earlier in the year, were collected to be released out in to the wild. Ferret-Rescue Surrey came to help catch them up in what turned out to be an easy task! Usually they are a little feisty and all in different places, but catching them early on a Saturday and they were all huddled in one place and a little sleepy! 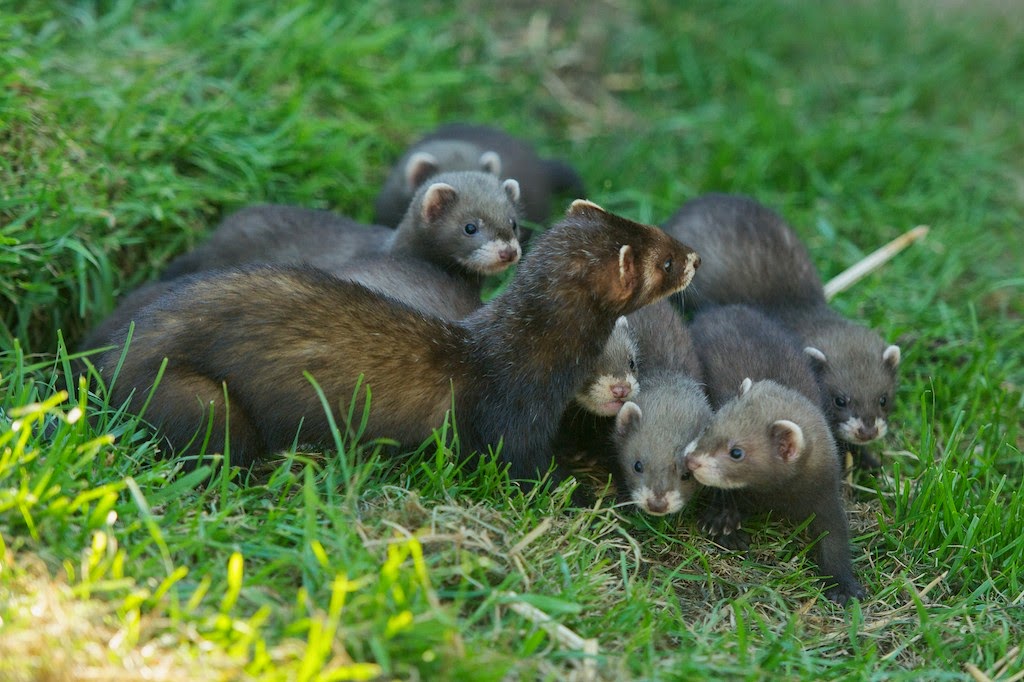 It doesn't seem that long ago that they were still running around our display pen causing mum much grief! They are always such an good time waster, and great fun to watch while they are growing, but it is now time for them to move on.
For the past few weeks we have been feeding them natural food. We always try to mimic wild diets closely, but with these being off display for  a while now it has allowed us to throw in a whole dead rabbit for example, still with skin on etc, to really get them to learn what food it! 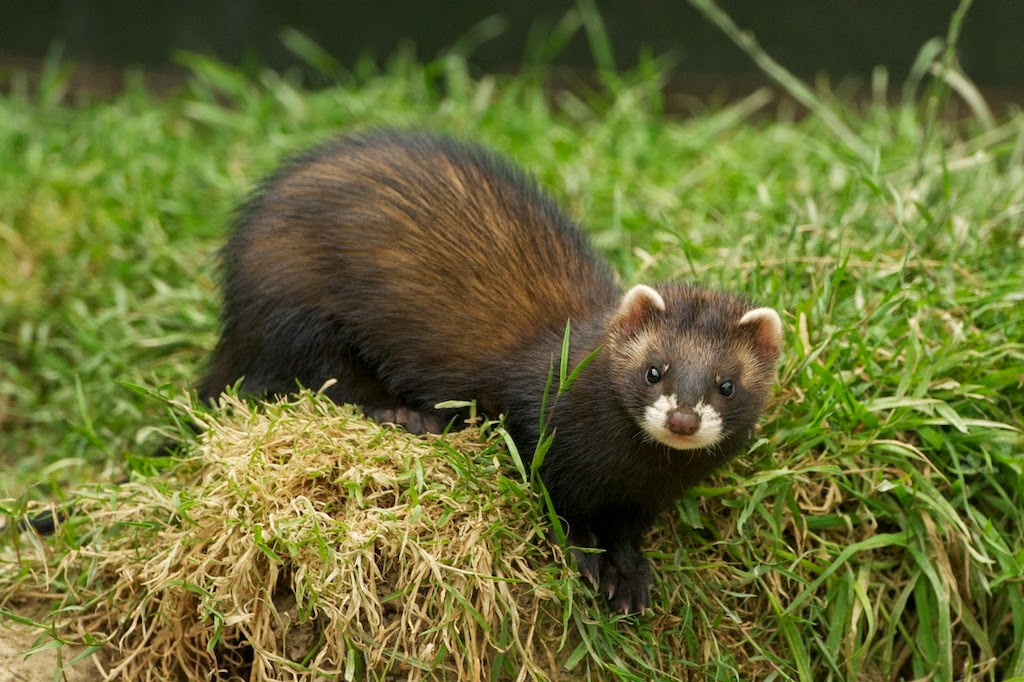 These kits will be soft released over the next few weeks, and as last year, I will share some video footage of the release if Ferret-Rescue Surrey manage to capture any.

Later this month "Mags", the mother of the kits will be retiring to a new home and we will be welcoming a new young breeding pair to the Centre. I will of course let you know when they are here.
Posted by Matt Binstead at 08:17