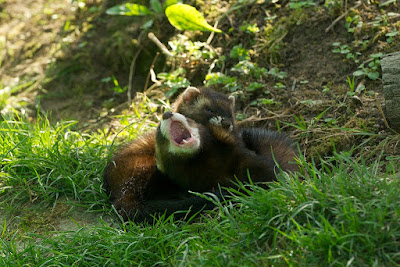 I know, I know... the blog has been a little slow on news lately, but our summer period has been very busy, and with schools and photography groups booked in form the very start of our closed period, we don't get much time to catch our breath.

The deer rut will soon be upon us, and there is a couple of other exciting animal news that I look forward to sharing soon, but for now I brief catch up on some of our new arrivals this year.

The polecat kittens have now been separated and moved off display. It won't be long until they are collected for a release programme. This has allowed us to move the male, Whitstable, back on display with Oriel. They have settled in together well again, and it is good to see him back in his home. Fingers crossed for more kitts next year. 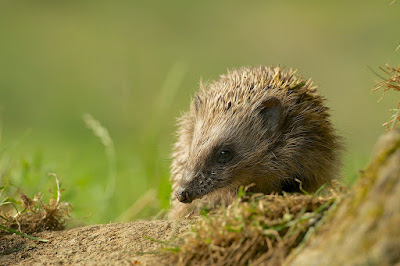 Hugo the hedgehog has come on really well, and proved to be a star with the many visitors who have seen him. We have decided to keep hold of him here to help with our school groups and tours, and are even considering pairing him up with one of our females to breed some hogletts for release next year. We will of course keep you up to scratch on if and when this happens. 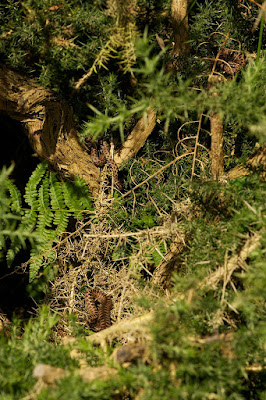 Our adder babies are doing great. Last years are feeding well, and this years are often seen out and about too. Have a look in the photo above (click on it to make it bigger)... There are actually three youngsters in this picture! One from last year and two of this years. They, along with the others, will stay with us until big enough that we have to remove them from the enclosure. Some will then go to other centres, and hopefully we will be in a position to release some of the others back to the wild. 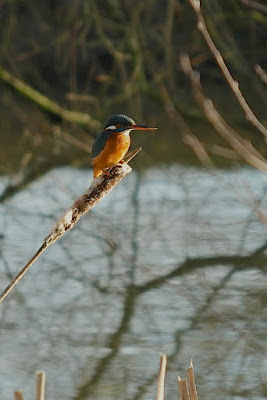 Remember the kingfisher who visited the otter ponds everyday for a couple of weeks in the Spring? Well... walking the dog around the reserve, I hear her most days and so know she is still around, but recently she has been spotted back at the Centre again! The last few days has seen her milling around the Wetland Boardwalk so keep your eyes and ears open if you venture down there anytime soon. 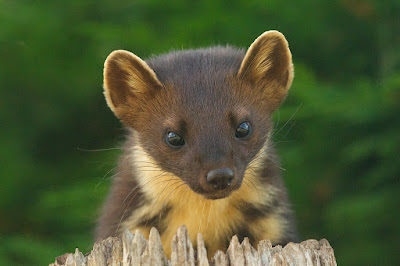 You didn't think I would do an animal update and not throw a photo of a pine marten in did you?.. Both our newbies are settling in well, Drogo above in particular is becoming a star. Often seen out, and active in the afternoons, he is a very curious and playful marten and I have spent many a fun evening spending time with him. Hopefully next year we will be able to pair him up and hope for kitts the following year.