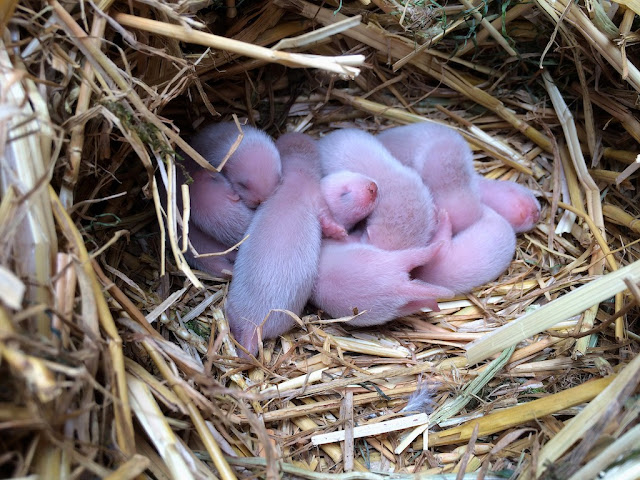 Just over a week a go now both our female polecats gave birth to a litter of kits. It is very early days, as you can see from the photograph above (taken at 5 days old), and so they will not be seen out and about for a good few weeks yet.

We have moved Cassie off display while she rears her young. She has not been settled since the arrival of her little ones, and being a first time mum we decided to move her away from the public and give her some space. We will move the youngsters back on view once old enough.

Oriel however is an experience mum, and so will be a star in her enclosure as usual. We have moved Whitstable out however, as Oriel was making it very difficult for him to get any food! He is now housed alongside our other male, Billy, opposite his usual home. 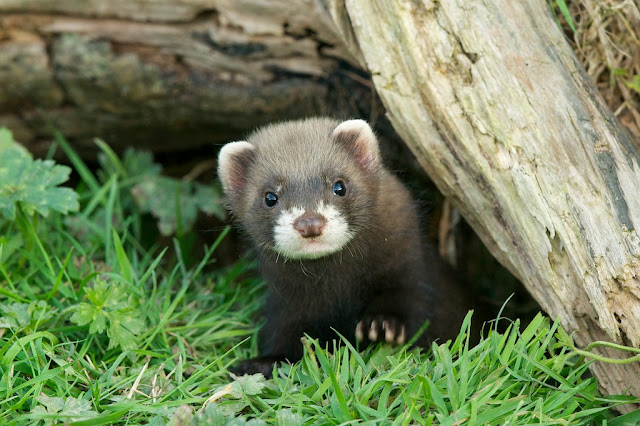 Once old enough they will be collected by the breeding groups for release out in to the wild. I will keep you informed with how they are doing and growing, as with all our youngsters.
Posted by Matt Binstead at 11:27