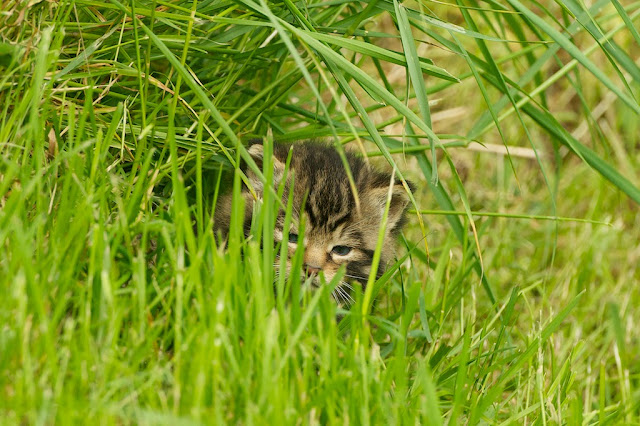 OK, we've been keeping this one a bit quiet, but we currently have some wildcat kittens! After a hiatus for a couple of years, we put Macavity in with Kendra earlier this year to try and breed them again. After mating, we separated them up and then fingers crossed.

I had a little look in Kendra's den a couple of weeks ago, while she was otherwise occupied feeding, and saw she had three little ones... eyes still closed. They looked healthy, and she is an experienced mum, so things looked good. I made a note in my diary that they should be seen out of the den for the first time around about this weekend, and if not to have another little check on them early next week. Yet low and behold, they decided to make an appearance for the first time yesterday afternoon. 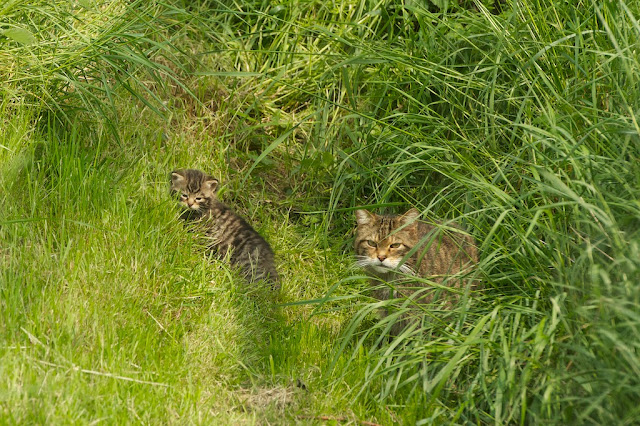 We had a school in, one of the classes very lucky to see these kittens out just at the entrance to their den. They didn't stay out long however, but did make another appearance later in the evening for our photographic workshop... unfortunately not while they were in their, but I think a couple still went home with some kitten pics.

So this afternoon I spent some time with them to see if they would make another show. Nothing all day, but then late afternoon I saw mum and one of the kittens out at the back of the enclosure. 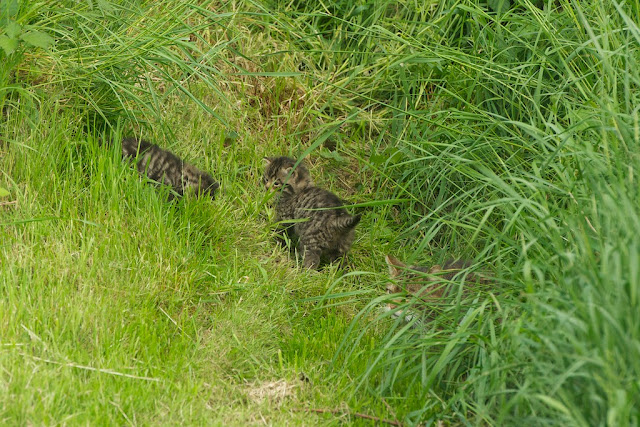 Waiting for a few moments, another appeared under the watchful eye of Kendra. They are very wobbly on their feet, but appear to be in good health. I took the chance to sneak in to the pen to get a little closer, but stayed at the front so as not to upset them.

A few more minutes later and all three came out, I didn't get any photos I'm afraid as I was too busy just watching them. By the time I picked up my camera one had gone back to bed, but the other two stayed out for another minute or so until joining him. 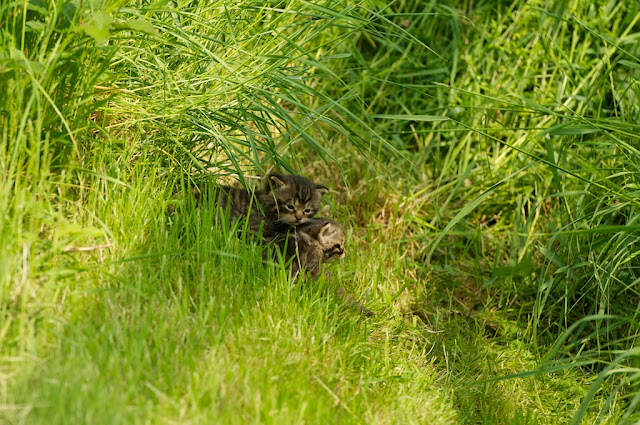 Not the best pictures to show you, but once they have settled a bit more in the big wide world I will get closer to them and hopefully get something better to share with you.

Best thing about these little ones... their beautiful cobalt blue eyes! Stunning, you can just about see them in the top photo.
Posted by Matt Binstead at 19:50