Braveheart Back on Display 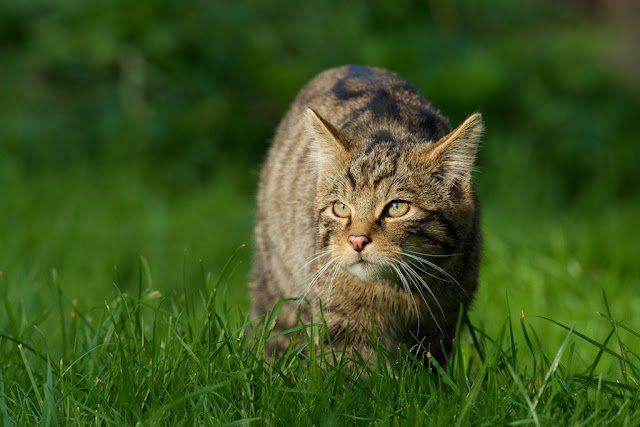 You know, sometimes I get some funny suggestions for animal names from the keepers, and sometimes if I know the animal is going to move on to another Centre I agree, keeps everyone happy and the name won't be here for ever. Problem is when things change and the name remains... last time this happened was with one of our wildcats, now on loan at Wildwood Trust, called "Richy Junior". This time it is once again another wildcat... "Braveheart".

Braveheart is one of the kittens we bred here last year, son of Macavity and Kendra, and was due to move to a Centre in Scotland for the breeding program. That was until we had some really sad news, and earlier this year his dad... Macavity... sadly passed away. 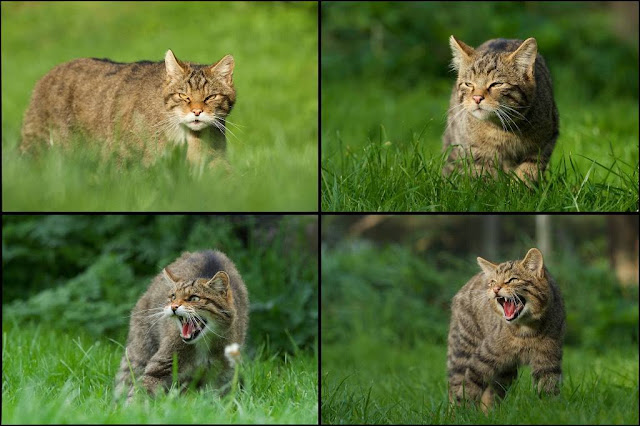 Braveheart has always been a keeper favourite, if we are allowed favourites, and is the spit of his dad in both looks and behaviour, as you can see above. Macavity is on the left, and Braveheart is on the right trying to be the big cat in stalking and snarling.

With this in mind, we decided to keep him back here at the Centre to be our new young breeding male. He will miss this season, but hopefully we will have a nice young female cat arriving later this year to pair up with him for next years breeding season. 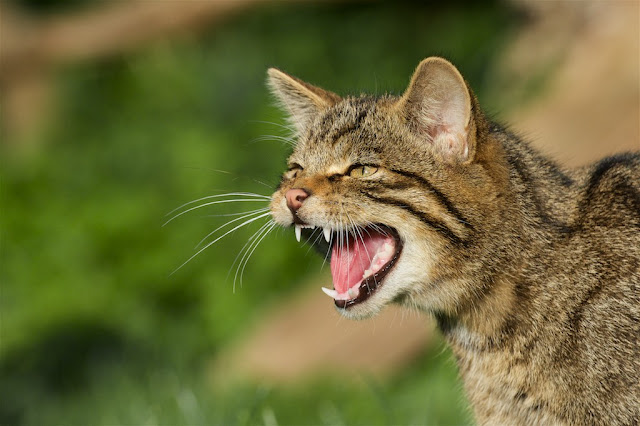 He has the classic 'wildcat snarl' down already!

Braveheart has been off display to prevent him mating with his sisters, but they have now moved to the Lake District Wildlife Park, allowing us to move him back on to display. He has settled in quickly, and you can now see him in the first wildcat enclosure.