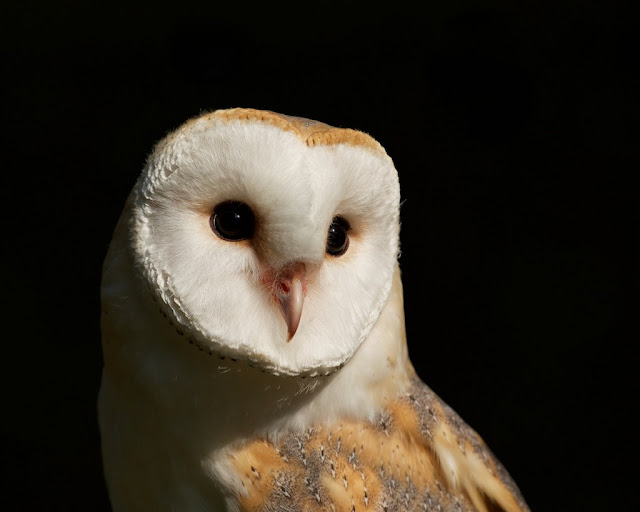 Can you believe it?!. This is Floki, our new barn owl, who only a few weeks a go was an ug.. eh, was a little ball of fluff. All owls grow and change quickly from hatching to 12 weeks, but I always think barn owls go through the biggest change in look. 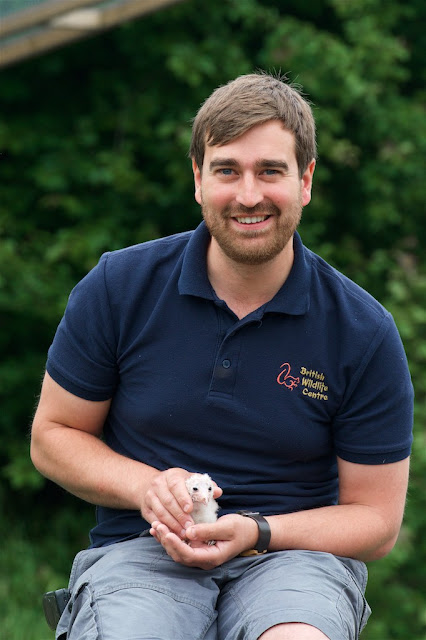 Floki was kindly donated to us by Osney Farm Lodge as a young chick. Keeper Tom took on the role of surrogate mum, and took him home with him each night to rear and spend time with. 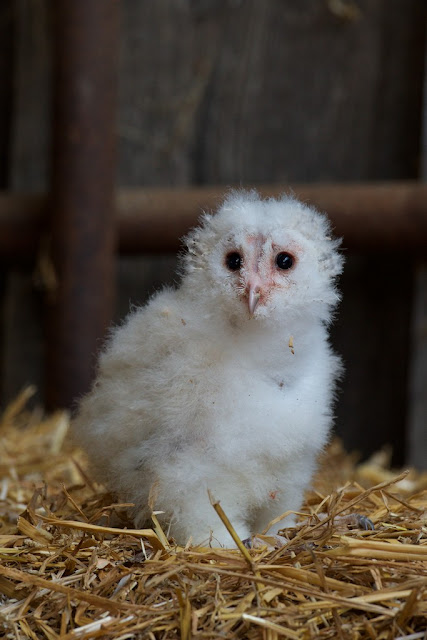 A couple of weeks later and he was beginning to sit on his own, and become a little more upright... although still a ball of fluff. Heart shape face beginning to take shape. 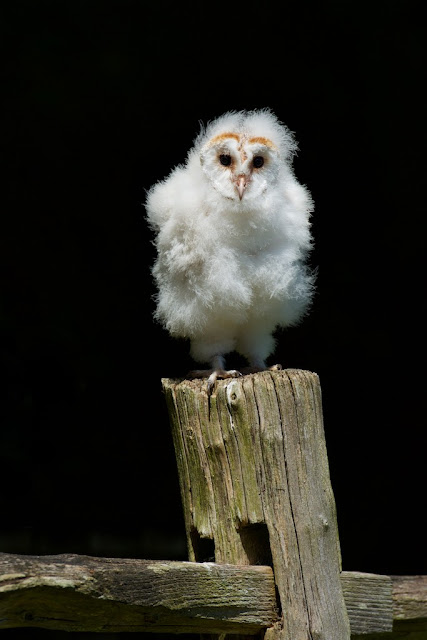 Another couple of weeks, and he was a pro at standing. Still a lot of fluff, but some actual feathers growing through underneath all that. You can see the classic heart shaped face developing well. 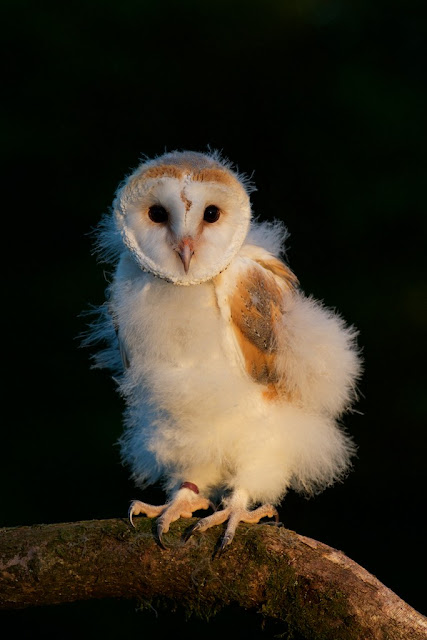 Another week, and the change is speeding up. Adult feathers really pushing through now, and beginning to do small hops and flights. It only took another week or so for Floki to lose all his baby fluff, and he is now on display in one of our aviaries... 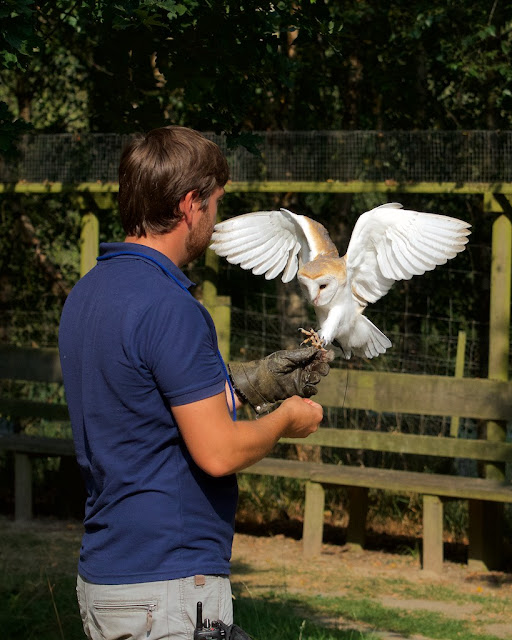 ... and also in our owl display. Training is going well, and Floki is now a full member of our flying team, being shown off in some of our displays. 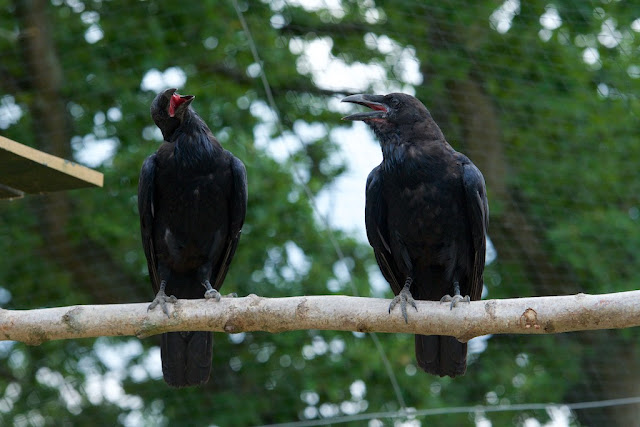 It's been a while, and since we are still open everyday for the summer holidays, a quick update. Our other owlets are doing well. Two little owls which are in training for the flying team, and the two tawnies which will soon be a part of the display too.

Our ravens have settled in extremely well, and have been popular with many visitors. 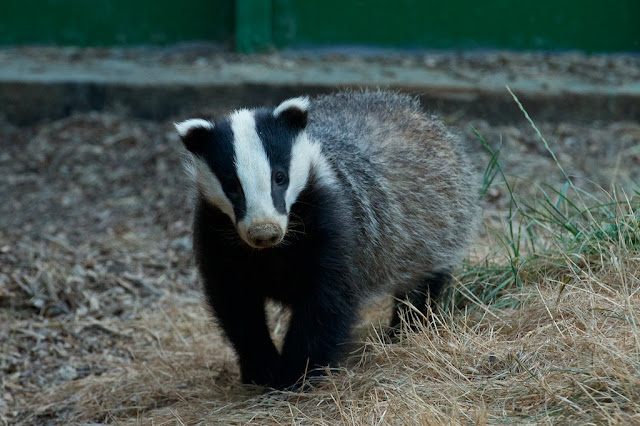 Our three badger cubs are exploring a little more each day, and slowly getting used to being out and about with the public. Still mostly seen at the end of the day when it is a little quiet, but a few of our visitors have spotted them out during the middle of the day too. 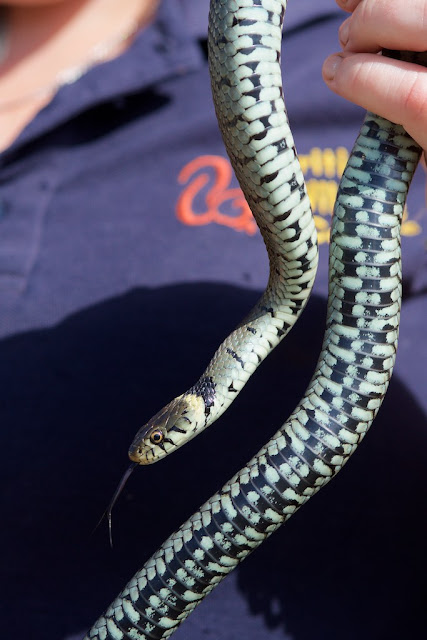 As with previous years, it seems to be the summer when our grass snakes become more active. This really hot weather has forced them in to hiding during the middle of the day, but they have both been seen out basking at the beginning and end of opening. 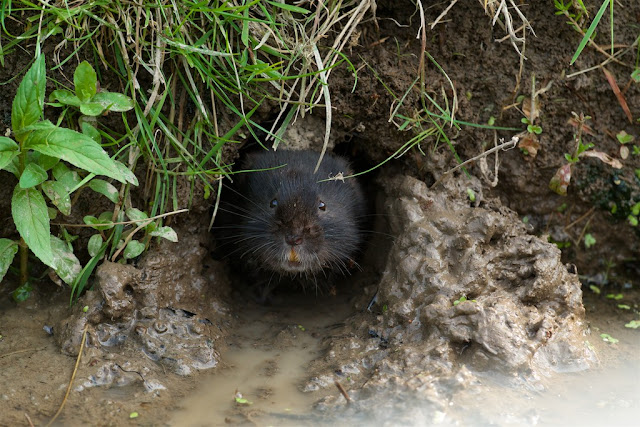 And it seems to be a good year for our water voles on the reserve, with a lot of visitors mentioning they have seen them swimming and out on the banks down there. Great news!