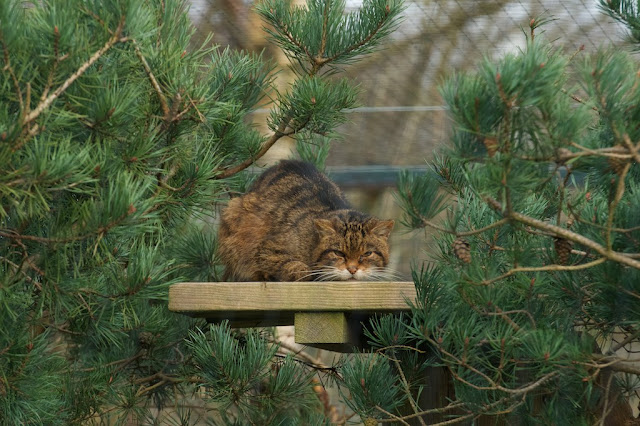 Finally, after a long old process with many delays due to weather and flooding, our new wildcat enclosures are finally finished and you can see some of our cats back out on display this weekend. Well, they were actually finished for last weekend and we did have some out in the first pen, but they were still settling in and not seen too often except for Kendra, above, who liked to use the platform to keep an eye on all the comings and goings. You can tell she was really pleased to be back out... no seriously she was, that's the look she always gives me. We have a kind of love/hate relationship in that I love her, and she hates me! 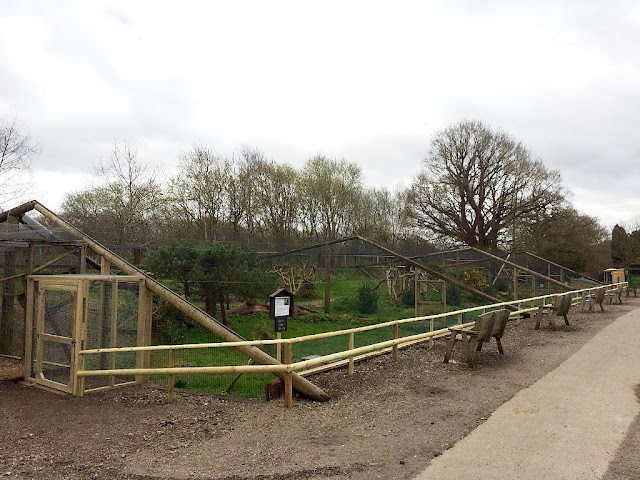 Here they are in all their glory!.. and comparing these to our old pens is much like comparing a wildcat to a domestic tabby. They may look very similar at first glance, but the differences are there... subtle, but they are there. Check out that stand off! 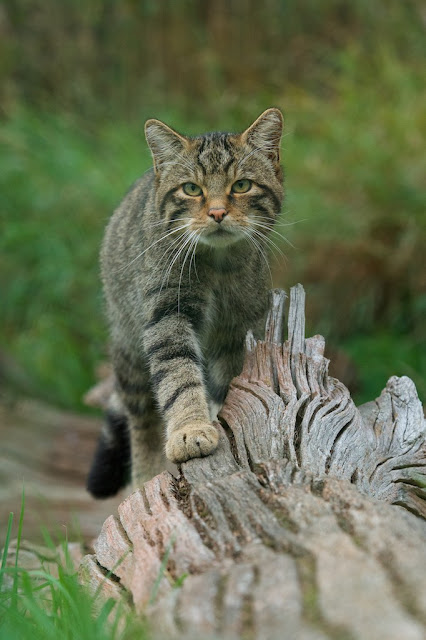 So where are our cats? In the first enclosure Braveheart, above, has stepped back out on to display, and we have introduced him to a new female, Hilda.

Our two old girls, Kendra and Iona, are currently in the centre pen, and the last enclosure is still empty... the flooding left most of it under water, and it is still drying out. Hopefully cats out there for next weekend fingers crossed.

This means the wildcat talk is back on schedule, although they may need a couple of weekends to settle back in to the swing of it all, and then you can see them at their "wild" best... 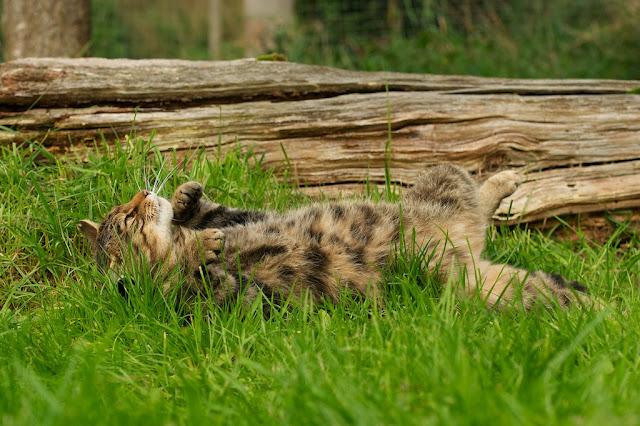 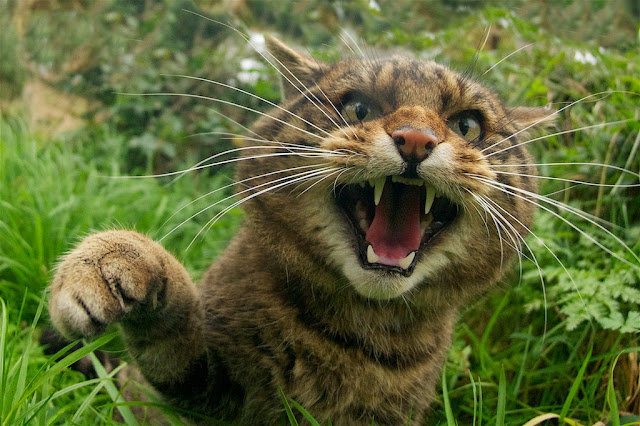 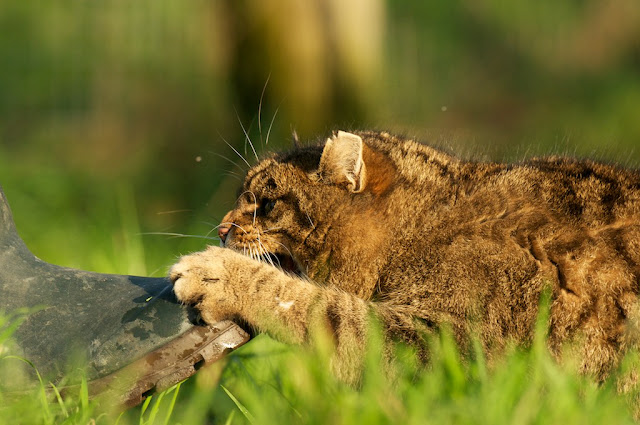 I mentioned Hilda, she is one of two new females that came down to us last year from Edinburgh Zoo. Her sister Agnes is still off display, but will be paired up with a new male Atticus when they move on to display soon. Once this happens I will introduce you to all three.

Some of you may have noticed that I haven't mentioned McTavish yet... I know he is a bit of a "fan favourite" with some of the members, but he will currently be staying off display to allow our pairs to have access to the larger display pens. He may well make an appearance every now and then though as we move the cats about to manage the breeding, and so we can give you a heads up when/if he goes back out for a while.

So, cat talk back for this Saturday, or should that be "Caturday!" Oh boy, Liza will be proud of that one, I hope she reads this post!