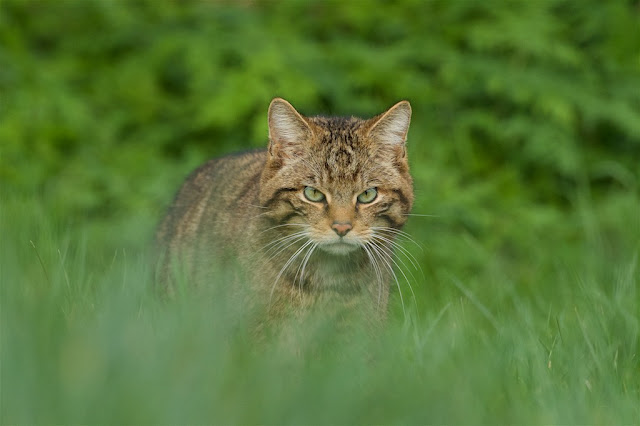 All new cat pens are now occupied, and we have three new cats... or at least new on view... to introduce to you. Later last year we collected a couple of sisters who were born at Edinburgh zoo. "Hilda" above and "Agnes" below. They are both to become part of the breeding programme, and to take over from Kendra and Iona who have done so well for us in the past in rearing kittens. 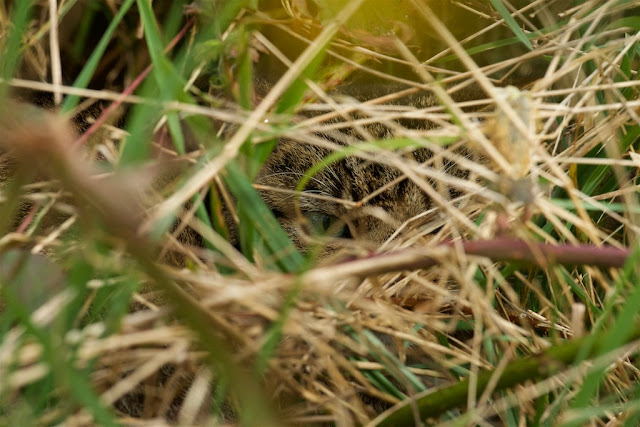 You can see that Agnes is still rather shy. She was the last cat to be put on display, while we were waiting for her new enclosure to dry out after the works and slight flooding, but while there are no visitors coming in it is the perfect chance for her to settle in well. I tried to get a nice photo of her over the last few days, but alas... she decided she didn't want to pose. 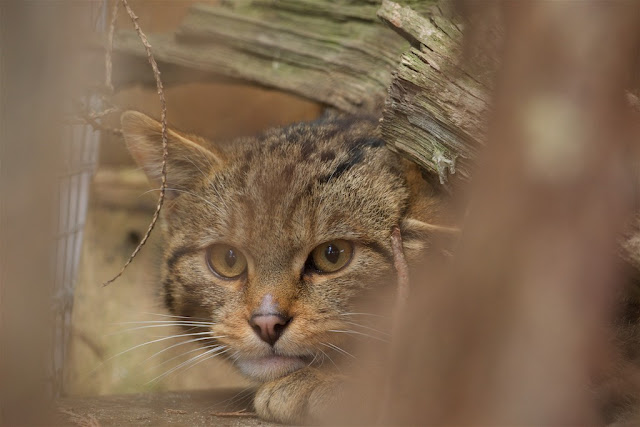 Another new cat who came to us earlier this year from the West Country Wildlife Centre, was "Atticus" above. Handsome face! He is still rather young, and still settling in, but will also be joining our breeding programme. Another shy cat, but again hopefully will settle well while we are closed and be a little bolder once visitors start to come back.

Hilda though!.. she is a superstar already. Some of you have met her already, as she was on display for the last weekend before our shutdown. She is the opposite of her sister, very bold, and seems to love the attention. She has been paired up with our male Braveheart. Some more photos of her below... check out those stunning green eyes! 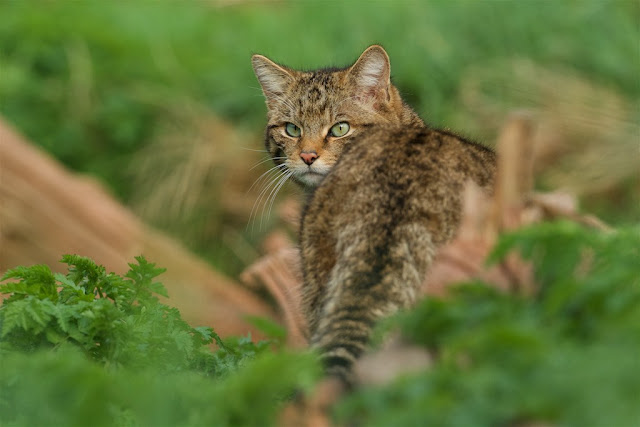 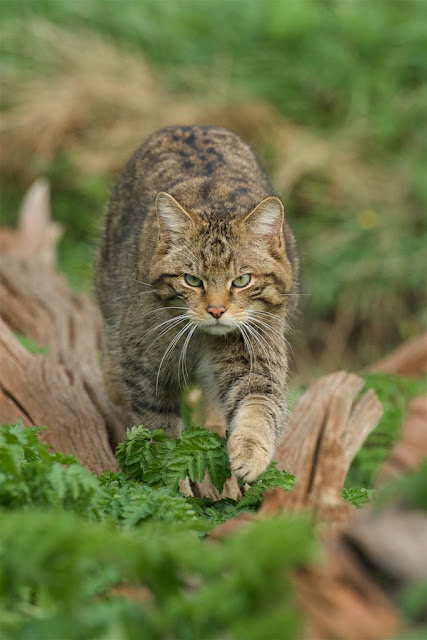 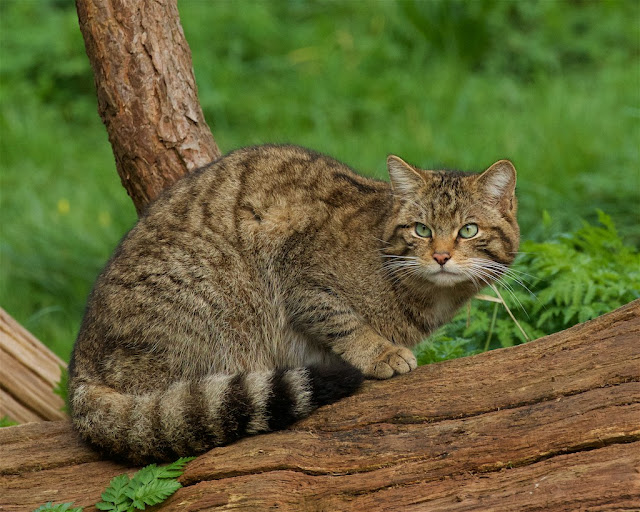