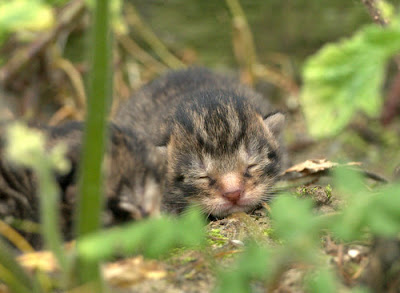 A few nights ago saw Kendra giving birth to another litter of kittens. The very patient of you may catch a rare glimpse of these rare and elusive kittens at the rear of the enclosure.

It looks like she has had two, and so far both appear to be healthy. We will have a closer look once they have grown a little, but for now will leave them alone to settle in to their new world with their mother.

Below sees the second kitten coming over to great his or her sibling. 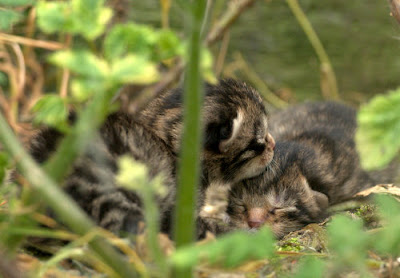 Last year Iona also produced a litter, and today she did look a little thinner. So who knows... a few more days and I may well be bringing you news of our second litter of wildcats.

Wildcats are one of our rarest mammals with only 400 left in the wilds of Scotland. Along with other centres, we are trying to breed the purest of these animals for an eventual release programme in the future. To find out more about this wildcat haven follow this link: http://www.scottishwildcats.co.uk/
Posted by Matt Binstead at 17:44