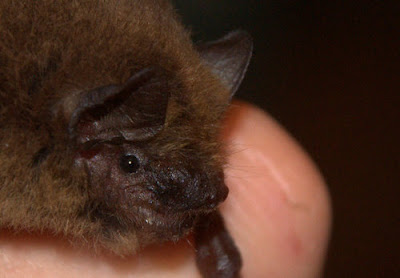 Our new venture for this year was our Nocturnal House. It has proved to be  a huge success, with three species of bat, hedgehogs and both edible and common dormice being on display to the public in what we believe to be the first exhibit of this kind in the country.

By reversing the lighting in there so that our day is their night, these animals have been happy to be out for you to see during the day in their dimly lit enclosures. However, now is that time of year when they start to think about hibernating.

So... with a post last week on Hedgehogs, and a doozy set of posts coming up next week on dormice, it seems only right that we fill the gap between with a post on the only other British mammal which hibernates... our bats.

- There are currently 18 recognised bat species living in Great Britain, 17 of which are known to be breeding

- Bats are not blind, but use echolocation to find their way around

- Even the smallest bat, the pipistrelle, can eat up to 3,000 insects in a night

- Bats are more closely related to humans than they are to rodents
Posted by Matt Binstead at 16:26