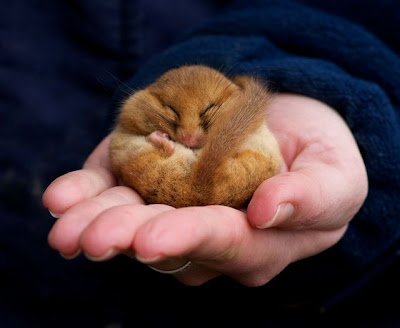 A lot of people have asked me about hibernation recently, following on from our recent posts on Britain's only hibernating mammals (bats, dormice and hedgehogs.) So I thought I would post a brief description of this evolutionary process as a winter survival strategy.

The first important thing to remember is that hibernation is not just "falling asleep" for a long time. I would suggest the best way to describe hibernation is as an "energy conservation strategy". OK, I know, and I don't want to scare any off you off, but bare with me and I will explain...

Hibernation is a way of overcoming the possible lack off food during the winter months. If it is going to take more energy in finding food than you would get from eating it, then of course this is no good. So why not skip this period of the year completely?

To do this, animals that hibernate will eat and store as much food as fat as they can during the autumn. The plan is to then survive off of the fat reserves while at rest during the winter. To do this these few animals can do something quite remarkable and completely lower their metabolism allowing their bodies to run in "shut-down" mode, using far less energy and running on the basic requirements, and therefore be able to survive the long cold months.

Digestion and breathing will come to an almost standstill. The animals heartbeat will drop to a fraction of its normal rate, for example a hedgehogs heart beat will drop from a usual 190 beats per minute to only 20bpm. But perhaps most amazing is their ability to lower their body temperature to match their surroundings. Again, using hedgehogs as an example, they will lower their body temperature from 35 degrees Celsius to less than 10 degrees, often less than 5 degrees! Yet, to avoid completely freezing... if their surroundings reach zero, then they will increase their metabolism just enough to survive!

Another misconception is that the animals will sleep all the way through the winter, but in reality they may stir a few times, sometimes even once or twice a week especially later into that period, and sometimes even to come out to eat and drink before going back to their nest to enter hibernation again. Often hedgehogs swap hibernation nests halfway through the winter.

If stirred, it will take them a while to increase their temperatures before being fully active enough to move on. It can often take dormice a good 20 mintues before they are "awake", and hedeghogs up to 4 hours! This of course uses valuable energy resources which could be used to survive hibernating that little bit longer, and so it is important not to disturb a hibernating animal in the wild. 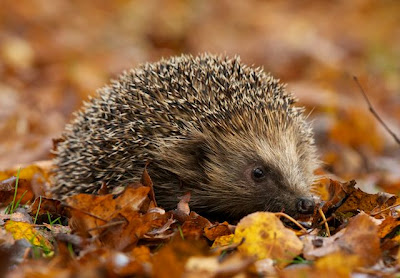 Unfortunately our bats, hedgehogs and dormice are well into their period of hibernating here at the centre. But they are the only British mammals that do hibernate. Surprisingly to many, other animals such as our squirrels and badgers do not hibernate! It is true that they cut down their activity during the winter, and would be seen out and about in the wild less often, but they do not hibernate.