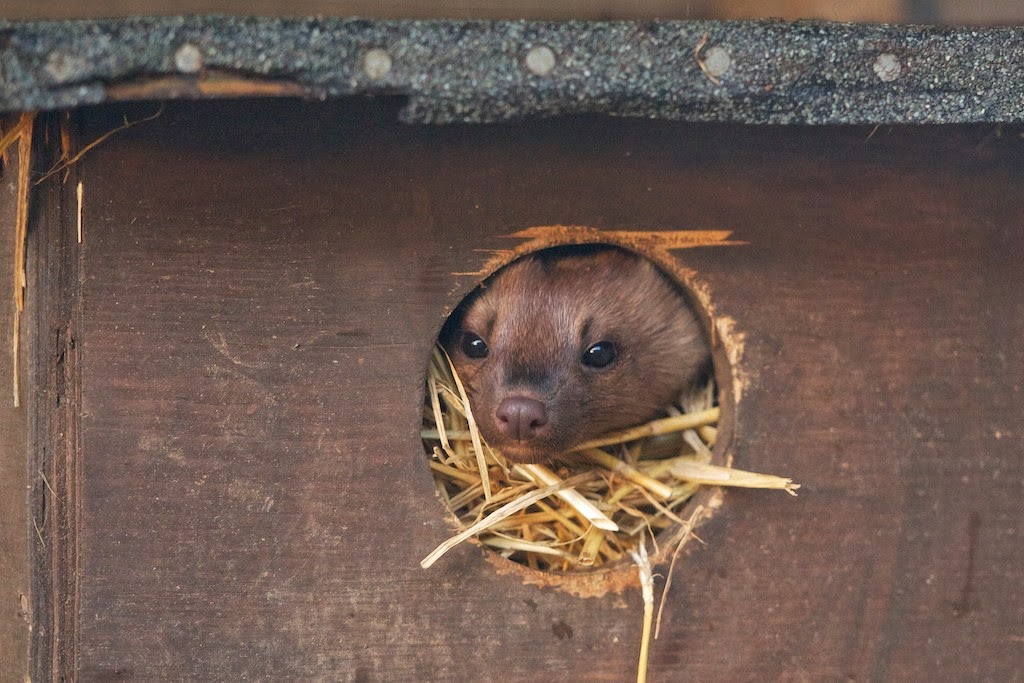 Yesterday saw a move around for some of our animals that we house of display, but this did include moving one of our new pine martens on to display. You can see him above, having a peek out of his nest box a few weeks a go. 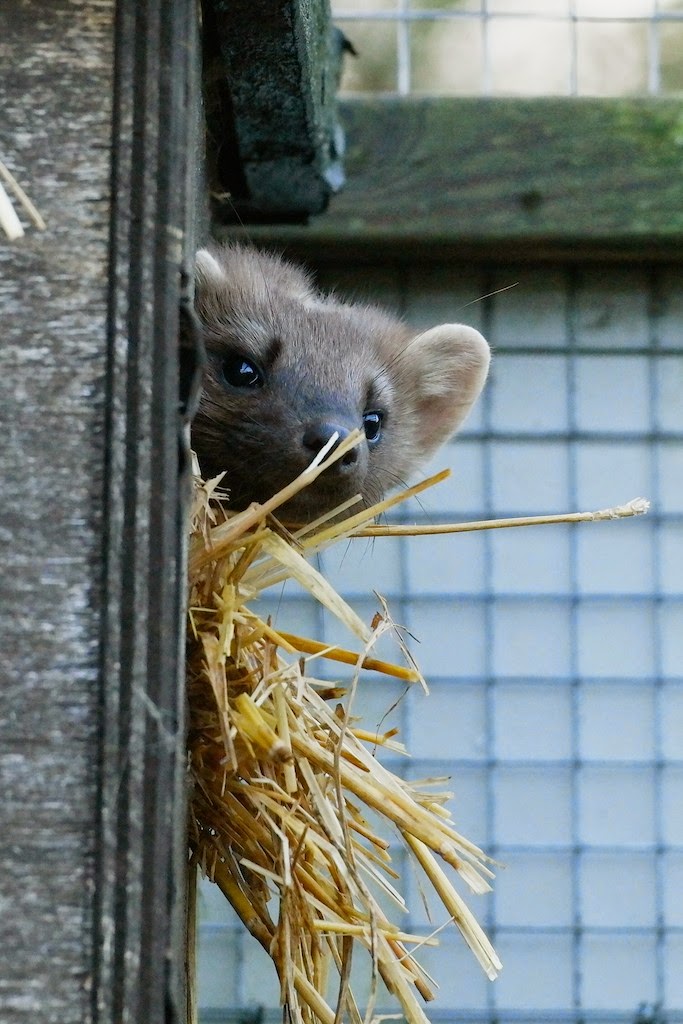 And here he is today... making leaps and bounds!..

No seriously, he is settling in well, and although not liking the heavy rain today normally comes out for feeding in the afternoon, and follows you around while you scatter feed checking it all out.

This chap came from the New Forest Wildlife Park, and we have named him "Drogo" as in Game of Thrones... But don't worry, I'm sure we will return to some Harry Potter names in the future. 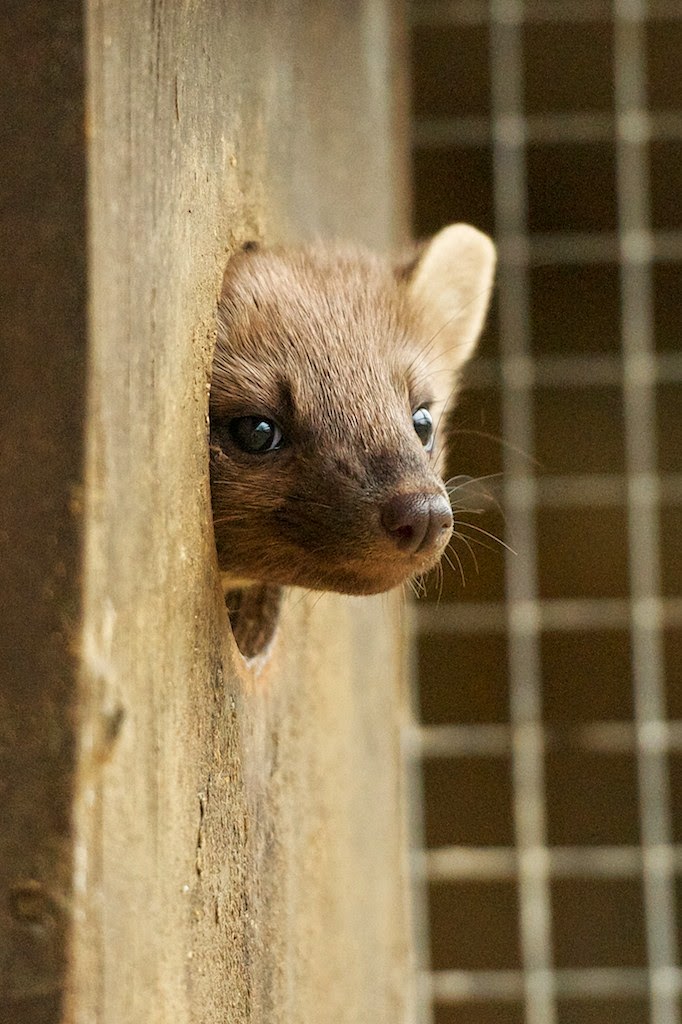 To complete a trio of peekers, let me remind you of our other new pine marten, this female above. She will be on display later this year after we retire our old girl, Buttons, to off display. We have named her "Daenerys" or Dani for short... Isn't she beautiful?.. Like a princess.. But she's not a princess, she's a Khaleesi! 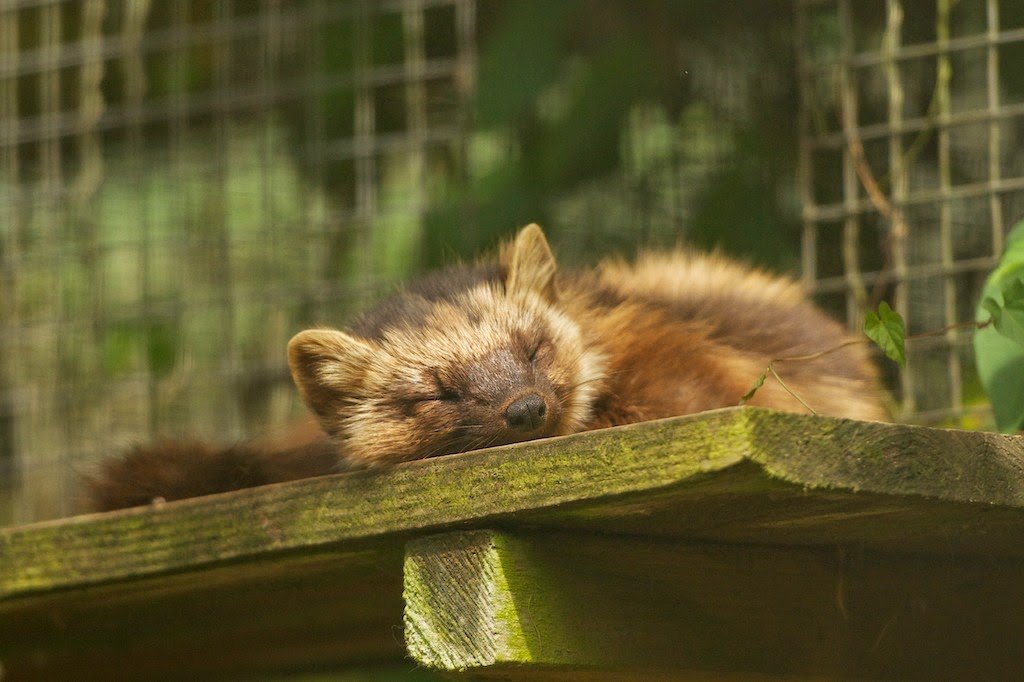 Eventually they will be part of our breeding program. They will both be too young this year, although we may pair them up to see how they react with company, but then next year we will pair them up with our other pine martens and hopefully have a bit more success than recent years.

So, Drogo is now in our pine marten pen opposite the wildcats. Built four year ago, but first time housing a pine marten! The larger size is due to this enclosure having a lack of run system, being a potential future photographic pen for pine martens and being ever optimistic... being a pen to house more than one pine marten when we eventually have a litter of kits.

Come and see Drogo when you get the chance.
Posted by Matt Binstead at 17:59