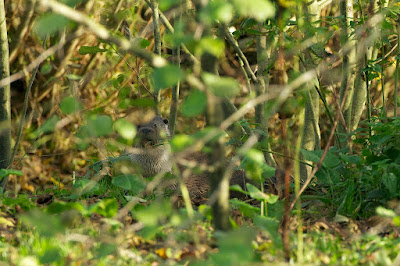 Well, I promised you news as soon as we saw our otter cubs out... so here you are. This afternoon one of them was out on one of the islands! 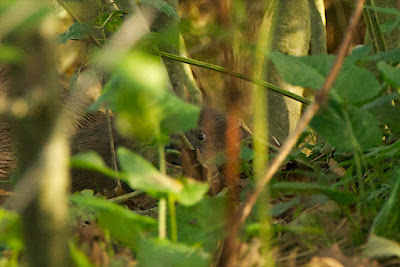 OK, it was far away and through a lot of leaves... but he was there. I was down by the otters in the afternoon, and heard a racket coming from the main pond. A real high pitched squeal repeated. I knew it was one of the cubs, but kept quiet thinking he would just settle or mum would go get him. After 20 minutes though I thought it best I check, so went in to have a look. He was on one of the islands, and obviously didn't know what to do. 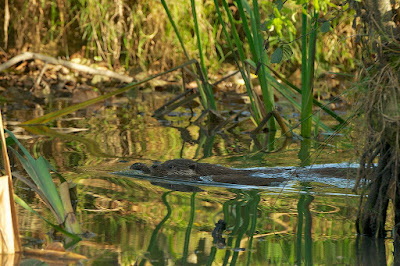 With me there though it wasn't long before Emmy came over and swore at me. I stepped out, and she went to the cub and spent a few minutes with him on the island. A few lucky people were around to see him, and helpfully pointed him out to me when back on the pathway.

After a while Emmy just pushed him in to the water, and then grabbed him by the scruff and took him back to the holt. 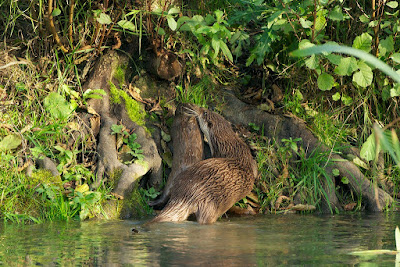 A little earlier than I expected to see one out, but then the mothers do move them around before they venture out on there own. This was a lucky sighting, so who nows when we will see them again. I still think a couple more weeks until regular sightings occur... but who knows. He may have got his taste for the wide open world now!