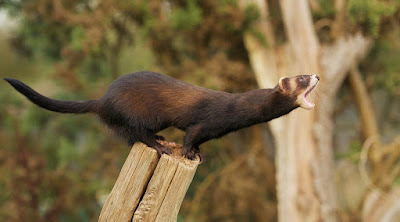 Earlier this week our polecat kits were collected as part of national release programme. Other centres who breed polecats as part of this group met with us here at the Centre, and one of the group co-ordinators (Lily and Steve from Ferret Rescue Surrey) came to collect them all and prepare them for their release. 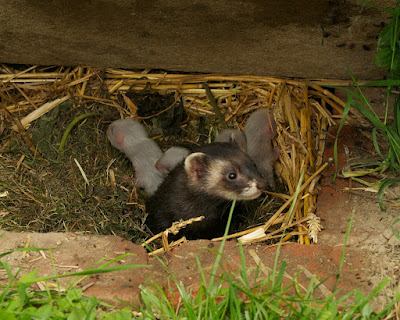 You may remember that Whitstable and Oriel had 5 kits this year. They turned out to be one female and 4 males, including one very VERY feisty one! At the end of the summer we took them off display to give mum a break, and allow Whitstable to return to his home. 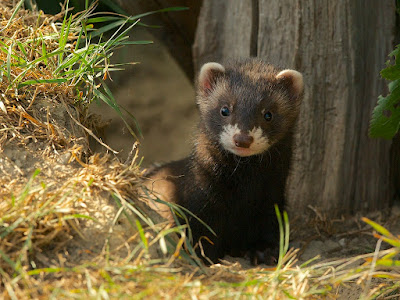 While off display it allowed us to reduce the contact of people to an absolute minimum, allowing them to revert to being as wild as possible in a captive situation. By the time we had to catch them up for collection they were very weary of people and no longer coming out to see what was going on around them. 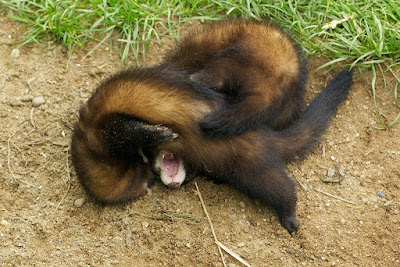 The last couple of months their food has been less prepared than our adult polecats food. What I mean by this, is rather than skin, gut and section a rabbit for example... we would feed them a dead rabbit whole so that they could learn what wild food is, and how to eat it. 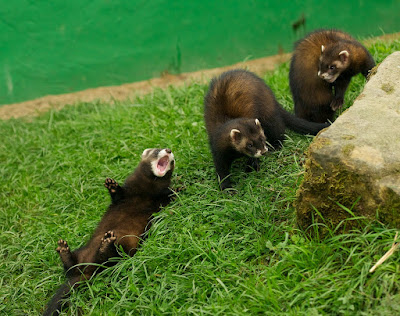 Of course, a lot of the skills they will need to survive are based on instinct, and on what they have practiced through play. We will miss these little ones, but through releases such as these we have helped bring polecats back from the brink of extinction and improve their coverage over the UK.

Fingers crossed for another successful litter from Oriel next year!
Posted by Matt Binstead at 11:16