Finally, pictures of the cubs! 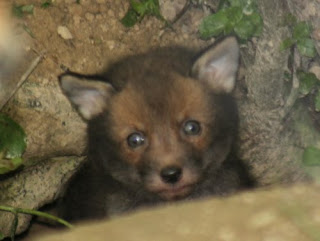 Photo taken by Senior Keeper, Louise Johnson
Today for the first time I saw Flo's cubs... I knew they were there, seen the photos, but not even seen them with my own eyes till later this afternoon. I didn't manage to get any photos at the time, but luckily keeper Louise was on hand and managed to get a few snaps including the one above.

At the end of the day, and with a bit more motivation, I went and sat in with Flo for half an hour to see if she would show me her cubs. Sure enough within minutes two faces started peaking out the earth and then hastily retreating. After time they got a little braver, came a little further out, but not too far away from the safety of home.

We know she has had at least 3, and between us we have photos of them all. Below are 2 different cubs, and if you look closely to these and the one Louise took you will see that that is a different cub again. All three cubs have made their début in front of the camera! 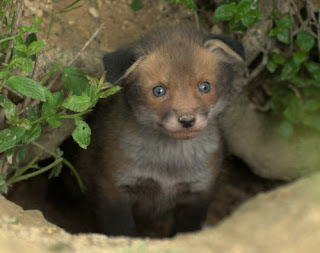 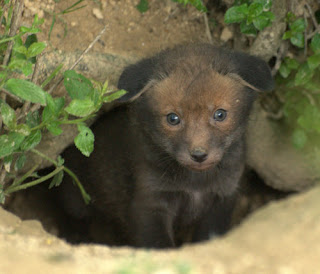 The cubs are now four and a half weeks old, around the age they would start to come out in the wild. They did take things very slowly though, only peeking from the den until they realised I wasn't a threat. 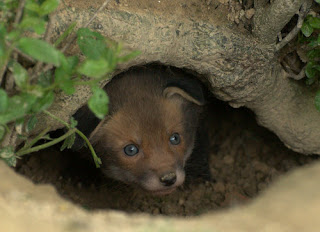 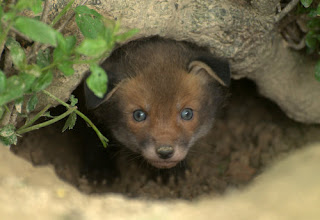 Working together they got a little braver... 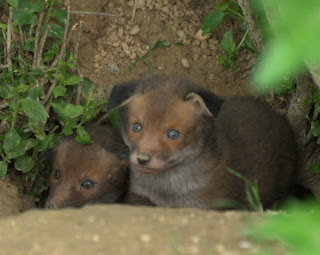 Be sure to hang around after the fox keeper talks at the enclosure to see if they come out to play, they should hopefully start to get a little bolder over the next week.
Posted by Matt Binstead at 23:40