More of the cubs

First footage of Flo's cubs... watch the video above closely and you will see she has at least 5. Watch very closely though as you only see the nose of one of them peeking out of the earth near the end.

I had a great evening, going into the fox pen with the intention of getting a couple of photos and setting up my night camera to film the cubs... instead I ended up watching them in daylight for half an hour. I gave Flo a couple of chicks, and straight away she went to the earth and started calling. Then one by one the cubs came out. I knew she had at least 4 from the night cameras footage last night, but when a fifth came out I was surprised. Switched my camera to video mode and fired away. Hope you enjoy it. The narration incidently was just to cover the awful plane noise halfway through in the background : )

After filming this I got a little bit of video of Flo with 3 of her cubs under the tree, then slipped in right next to the earth. Took a couple of photos which can be seen through out this post, then switched my camera off, put it to one side, and just enjoyed the moment. 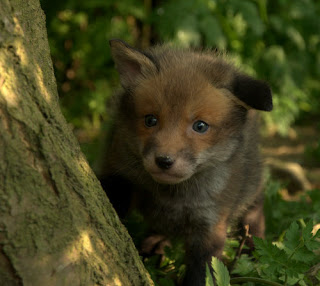 All 5 came out, un-phased, and followed each other round, play fought, and keeping watching mum to make sure they were all right. A couple of them were even bold enough to come over and play almost on top of me and sniff me. They kept looking at mum to see if I was safe, but she was not worried about me being that close so neither were they. 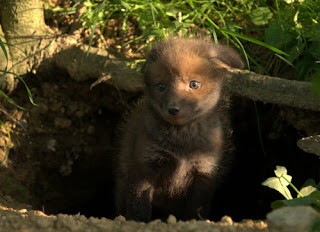 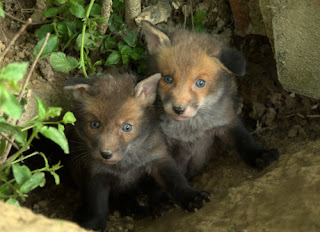 Keep your eyes peeled this weekend, hopefully they will make an appearance.
Posted by Matt Binstead at 21:04