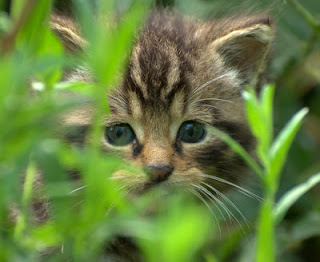 After a 5 year gap we once again have wildcat kittens at the Centre. Last year I acquired two new females from a centre in Scotland to aid us in our breeding program. Earlier this year, in their first year, they produced a litter each.

Kendra had three kittens which are now approximately 7 weeks old, and over the last week have just started to venture out for the first time in front of the public with their mother. Iona had a lone kitten one week after her sister gave birth, this kitten is still doing well but has yet to make an appearance of her own. 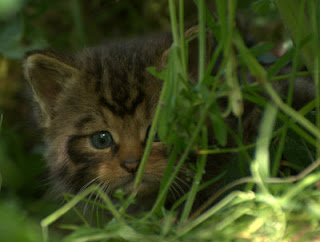 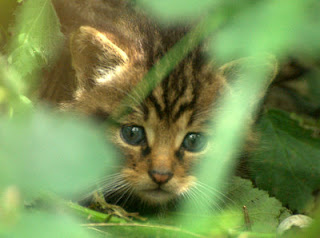 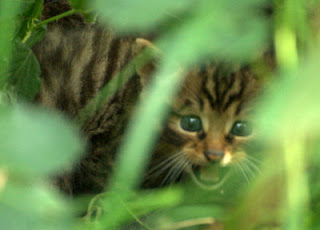 Even at this young age they already have their snarling down to a tee.

Keep your eyes open next time you are here, and you might be lucky enough to see our wildcat kittens out and about.
Posted by British Wildlife Centre at 10:44