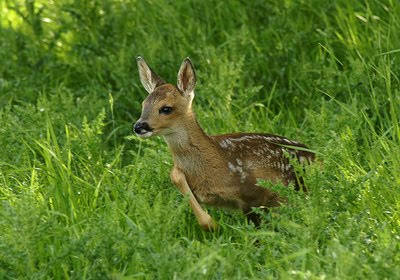 Congratulations to Karen Jones for winning the Summer photo competition. The turn out for this one far exceeded the Spring competition, and overall I would suggest the standard was higher. Once again the keepers picked their favourites, from which world renowned wildlife photographer Heather Angel judged the winner.

Heather always seems to like movement in her photos, so it was no surprise to see that her shortlist of 3 showed some action. It was a difficult choice, and Heather wanted to list the two runner ups as special commendations (shown below) but ultimately chose the photo above of our roe fawn leaping from cover as her favourite.

Heather liked the way the photo showed some movement, the fawn coming out from the long grass. She liked the way it looked as if it could of been a shot from the wild, and particularly liked the lighting in the photo, the way it had the soft back light coming around the fawns head highlighting it.

Congratulations again to Karen Jones for winning. You can see more of her work on her flickr site linked here.


Special commendations were awarded to 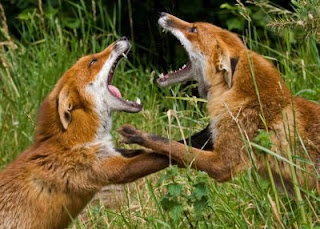 "No you back down" Sean Cameron 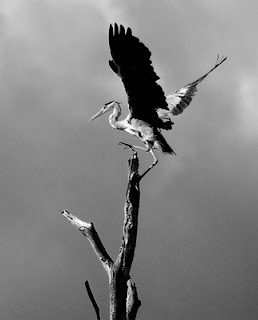