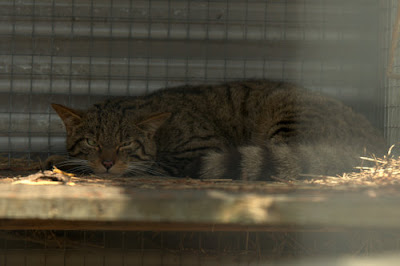 Thursday evening saw the arrival of a new male wildcat, who we have named Fergus. Fergus could play a very important role in the breeding programme of Scottish Wildcats, and may well end up being our main dominant tom. Currently he is housed off display in a holding pen while we get him microchipped and vaccinated, whilst moving around our other wildcats to make it easier and less stressful to put him on display. I would hope to see him out in his new home by the end of next week. 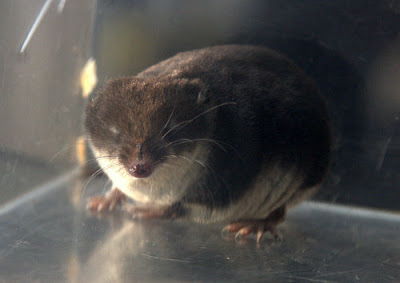 At the same time as Fergus arriving, we also acquired some water shrews and a male weasel. The water shrews are also currently off display while they settle down into their breeding pairs. Soon we will have one of these pairs on display in our hedgerow pond.

The male weasel is already in his display pen. Housed in half of the inside weasel exhibit, with the female in the other half, we are hopeful they will settle down together and we may be able to introduce them for breeding next year. 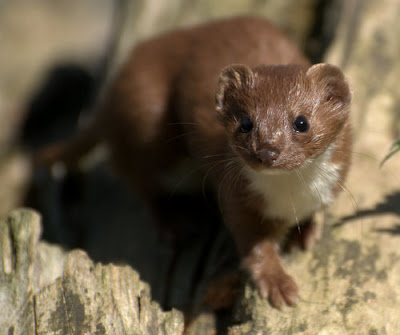