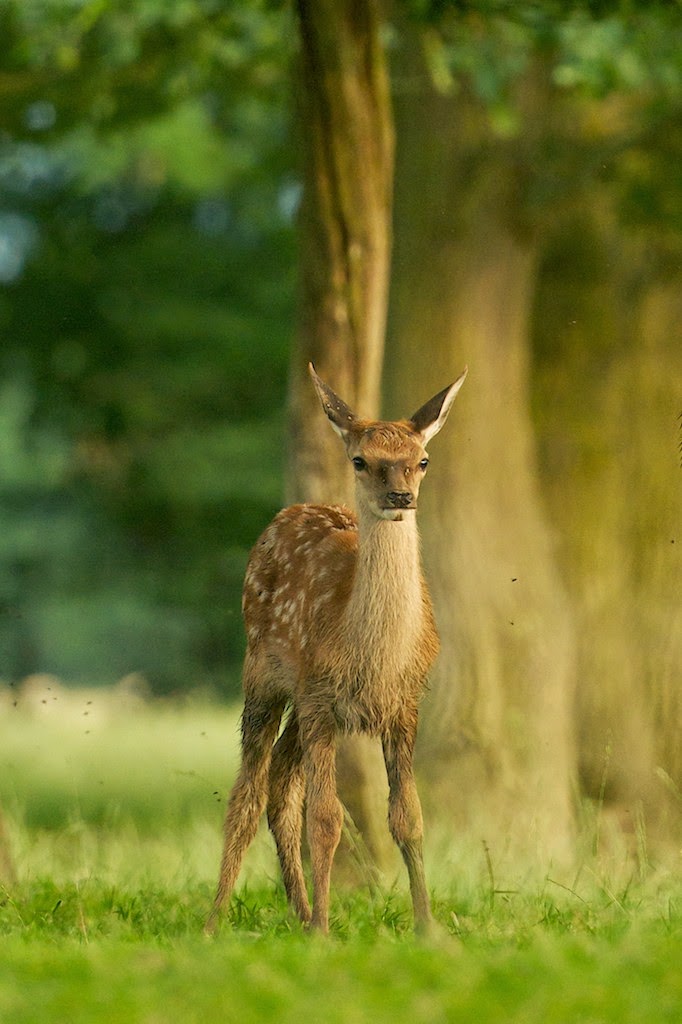 We have many young deer out in our deer paddock at the moment. It all starts getting a little confusing as they are called different names for different species, so we have fallow deer fawns and red deer calves!

The fallow fawns are still a little shy, but the red calves are beginning to gain confidence and are starting to come over with the adults when we call them for feeding. 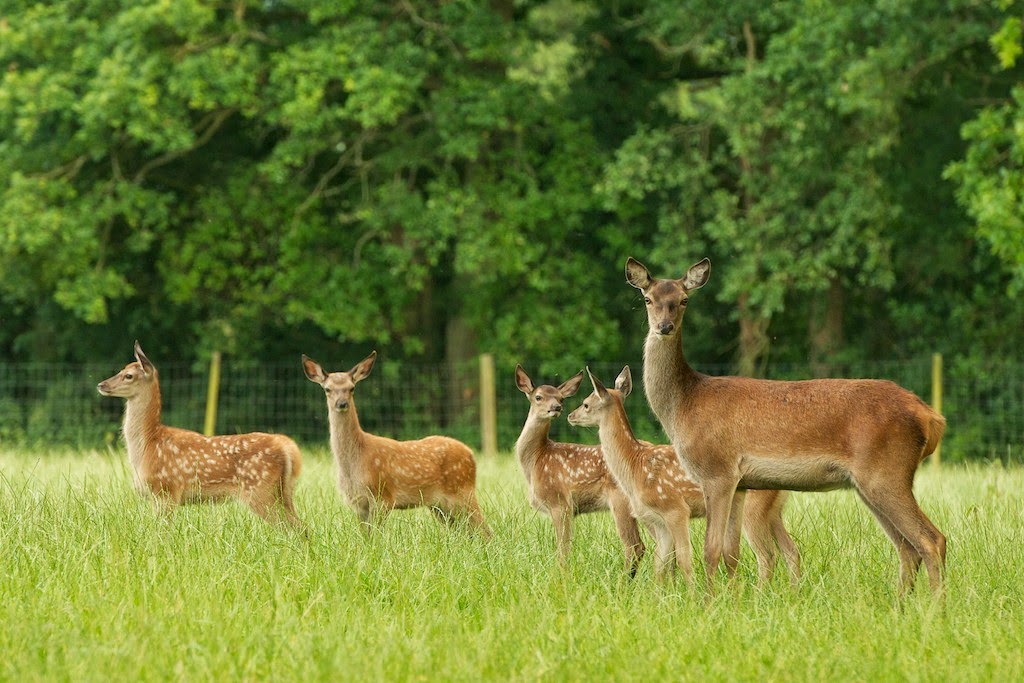 It doesn't take too much to startle them though, if they do run off you often see just one of the females going to look after them while the others feed before going back to see them.

We currently have seven red deer calves and four fallow deer fawns. I would imagine that will be it for this year, but occasionally we have had a later youngster from a female who was covered late in the breeding season. 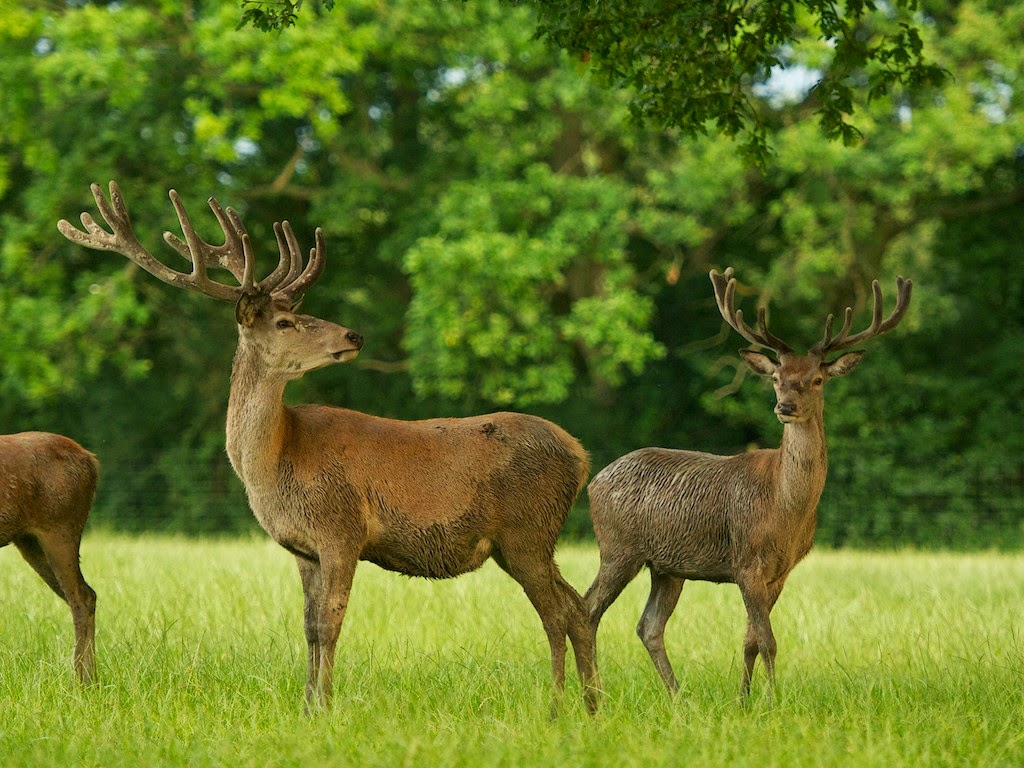 The two main males are still doing well. Olivander is a little further back in this picture than Albus, but even still you can see the size difference between the two. The rut may be a little one sided this year.

I am still taking a photo a week of Albus's antler growth, and we are nearing the end now. I will post these up here when he has finally shed his velvet.

Remember we are open to the public every day from tomorrow until the end of the Summer holidays. Keep your eyes open for the deer fawns and calves while you are here, they may well be sheltering in the shade of the trees at the back of the paddock.
Posted by Matt Binstead at 12:17