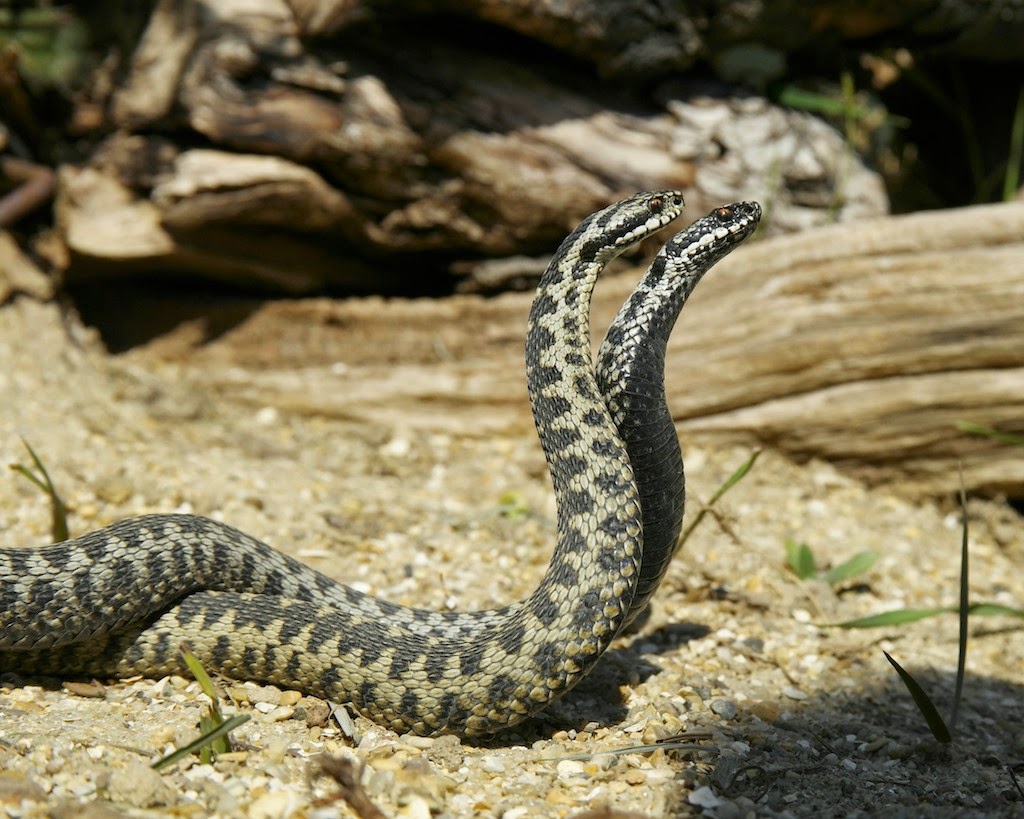 I was watching the adders at the weekend, along with about a dozen photographers, and a visitor came up to me and asked "why is no one taking photos... what are they expecting, them to just come out and dance in front of them?" My reply... "Er, well actually... Yes!" :-)

Our adders have been a bit disappointing this year in terms of dancing. We have been spoilt with other behaviour, more mating than I have seen in the past ten years put together and one of the males shedding in the middle of the day in front of a few lucky visitors, but the dancing has been rare and in short bursts.

Cue Tuesday... We had a photographic group in, and they came in for lunch. One of the photographers came up and casually said "oh, the adders are dancing"... What, I thought! And you are in here having lunch!.. "You saw them dance, or they are dancing?' I asked... "No, they are dancing now" was her reply... That was enough for me, I was off and sure enough they were still going at it. 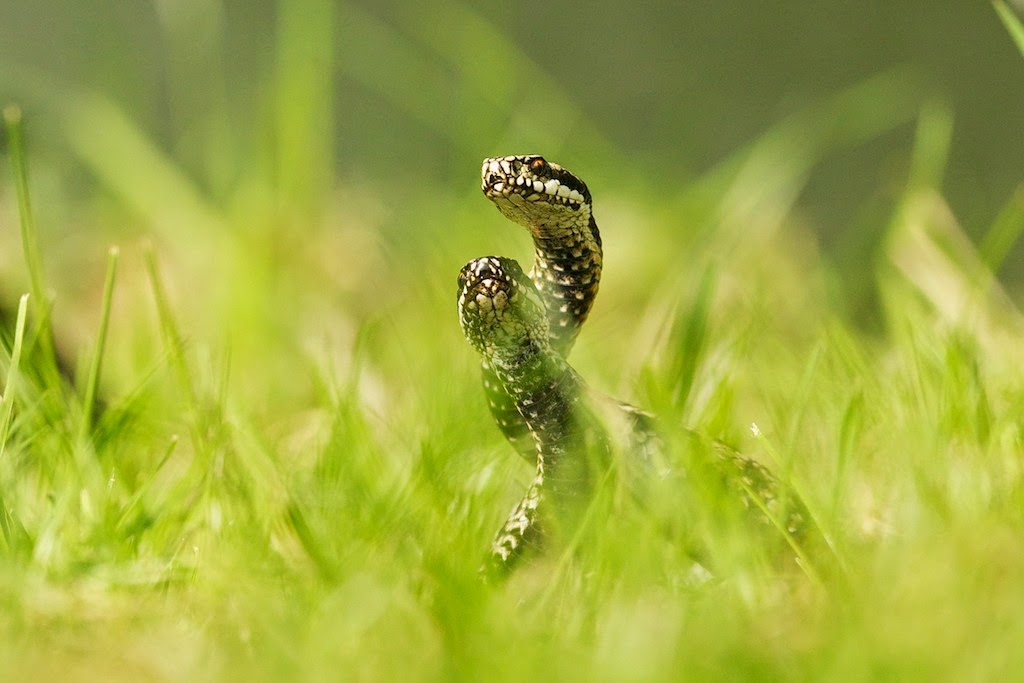 I watched for a good while, not wanting to miss it knowing how short the bursts have been this year, but it didn't take long to realise this was going to be a good afternoon. I nipped home and grabbed my cameras.

What followed was one of my best adder dancing experiences to date. I see it every year, and it never tires at how beautiful it is, but this Tuesday, on and off, they were at it for the rest of the afternoon. Being the first time I have seen it properly this year, I just set up shop and spent the rest of the day laying in the sand with the adders! 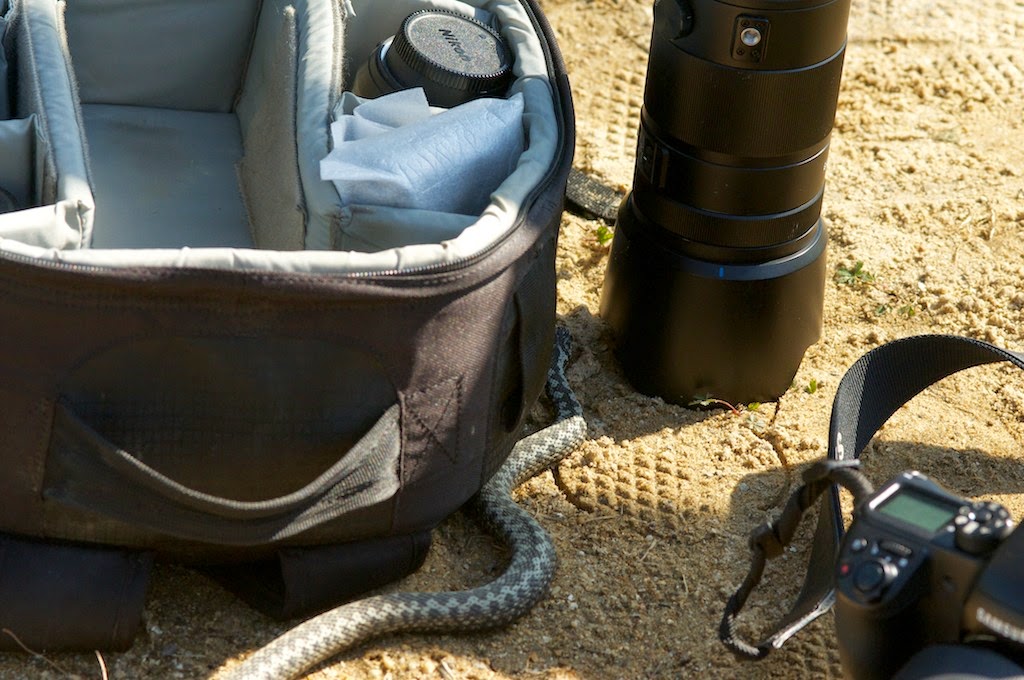 There have been better years, yes, but I can't remember them going it it for this length of time in one go. Yes there were breaks, and occasionally one would slink off and take cover in all my equipment, but once recharged back he would go for another attempt!

Having no members of the public around allowed me to get even closer than I normally do with out getting in anyones way. And what amazed me was the sheer power and force at which these males were going at it! So much tension is coiled up when they intwine, that when they part they really do fling apart... often leading to them hitting rocks, logs or even my camera... but they don't get phased at all and just continue in their little competition.

The sound as well! Not from them, but from their bodies rubbing against the sand... incredible. Anyway, I am digressing a bit, but being that close I managed to get some close up video on my phone. Once I have it sorted, I will share that here for you. 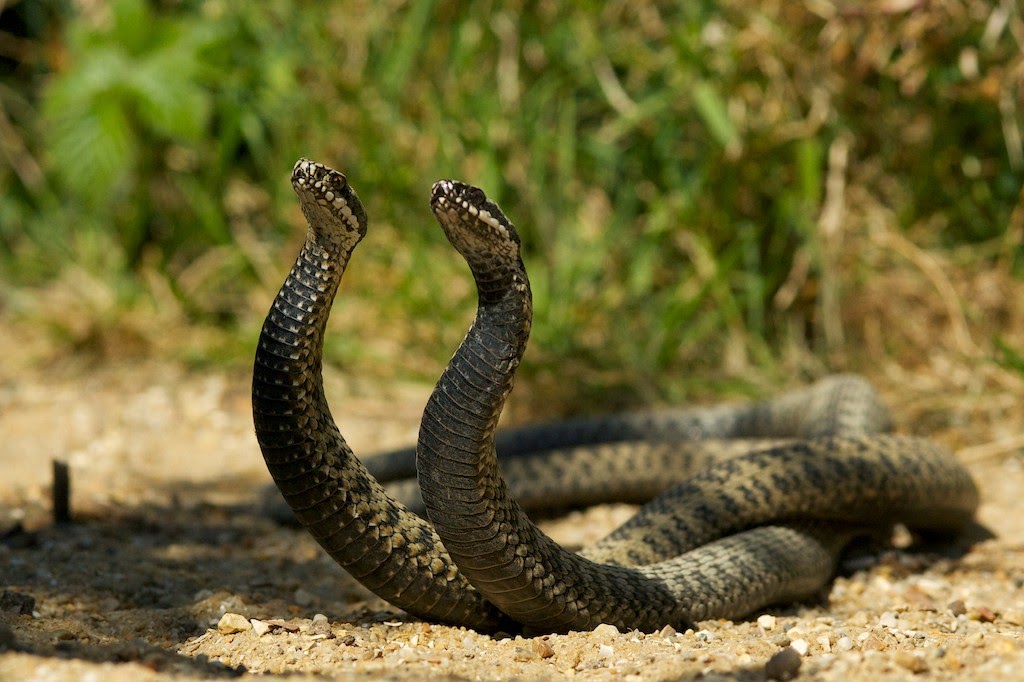 I managed to get some nice photos too, again I will share some more on the other blog at some point and mention it here when I do for those that want to see.

I was once asked if I put the adders off when I go in to photograph them... Simple answer, no, as many of you have probably seen over previous years. They are so engrossed in their own little worlds while dancing, that I can get quite close with out them being bothered. If they start coming towards me, I just stop photographing and stay still... this has led to them crawling over the camera in my hand, or alongside me on occasion, but they are just going about their own business. 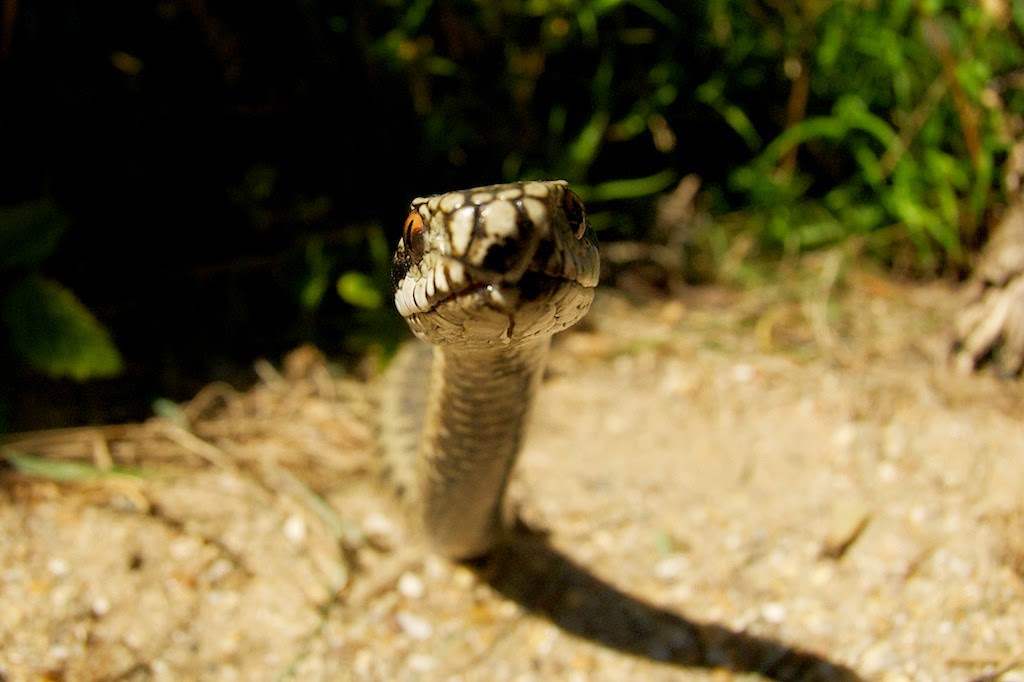 Going back to Tuesday though... what an afternoon! For a lot of it I was just laying in there, not even using the camera, just enjoying my private viewing of one of Britain's most amazing animal behaviours.

During one of their breaks, one of the males came over to see if I was alright, I took a quick snap above... then give him a few words of encouragement before he went off for a drink, and then back into it with the other male. 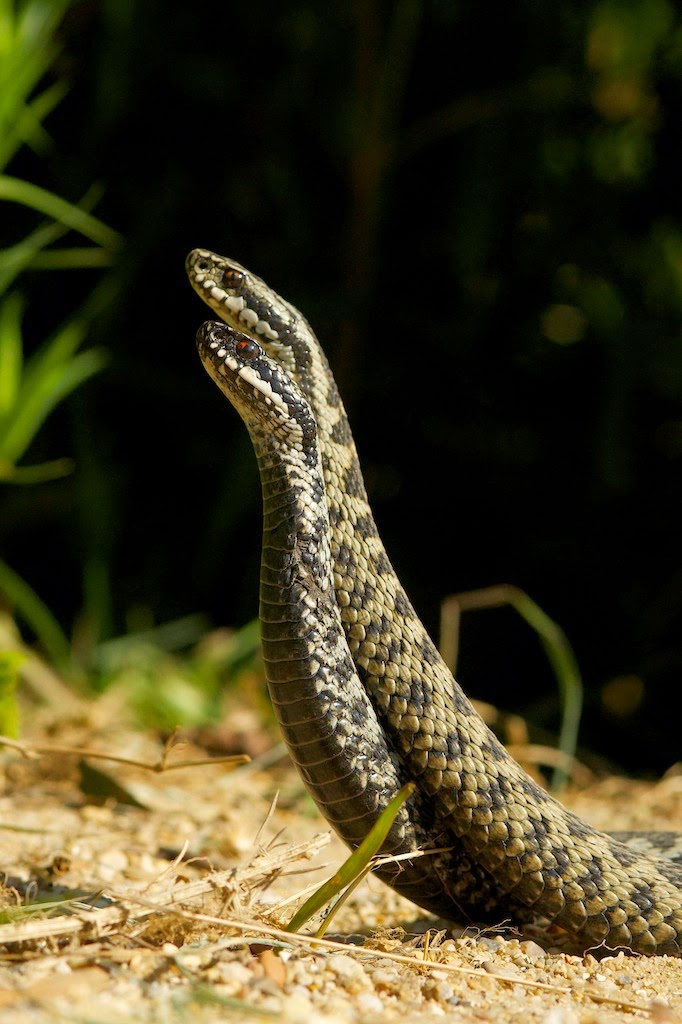 I won't go to explaining all the ins and outs of it all here in text, but I will again post below the video I took a few years a go of them dancing with a voice over about what is happening. Then later, most likely end of next week, I'll share the new clips.


Am I obsessed with adders...No,.. well, maybe at this time of year... Oh what the heck, yes of course YES! But then they are so miss understood.

Bear with me, I know the blog gets a little adder heavy this time of year, but it is worth it.

So, will they be dancing this weekend?..

Since Tuesday, they have been a little lack lustre, only a brief spell that I am aware of on Wednesday, and nothing yesterday. But it can sometimes go on a couple of weeks, so you may get lucky. I would lean towards their being no dancing this weekend, but if you do decide to visit keep your eyes open up there just in case.