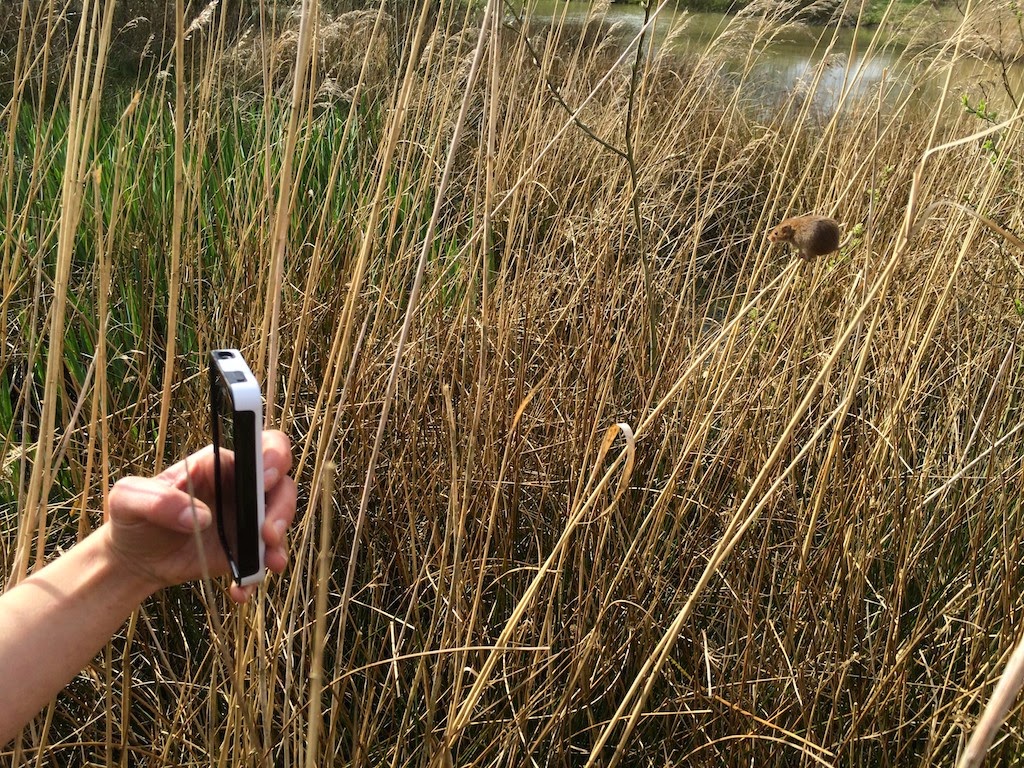 All the adders have now shed, and the males are ready to dance. Fingers crossed for the coming days. I have a rather special photo for you at the bottom of the page, but it is not one for all... so if you don't want to see mating adders best not to scroll down after reading about the harvest mice!

While waiting for dancing adders, I though I would let you know we have done our first harvest mouse release of the year. They have been doing well out on the reserve, but are perhaps not spreading out as much as we had hoped. Therefore we have decided to release this years a little further on and hope that they will meet with the ones already out there and encourage a bit more dispersal. 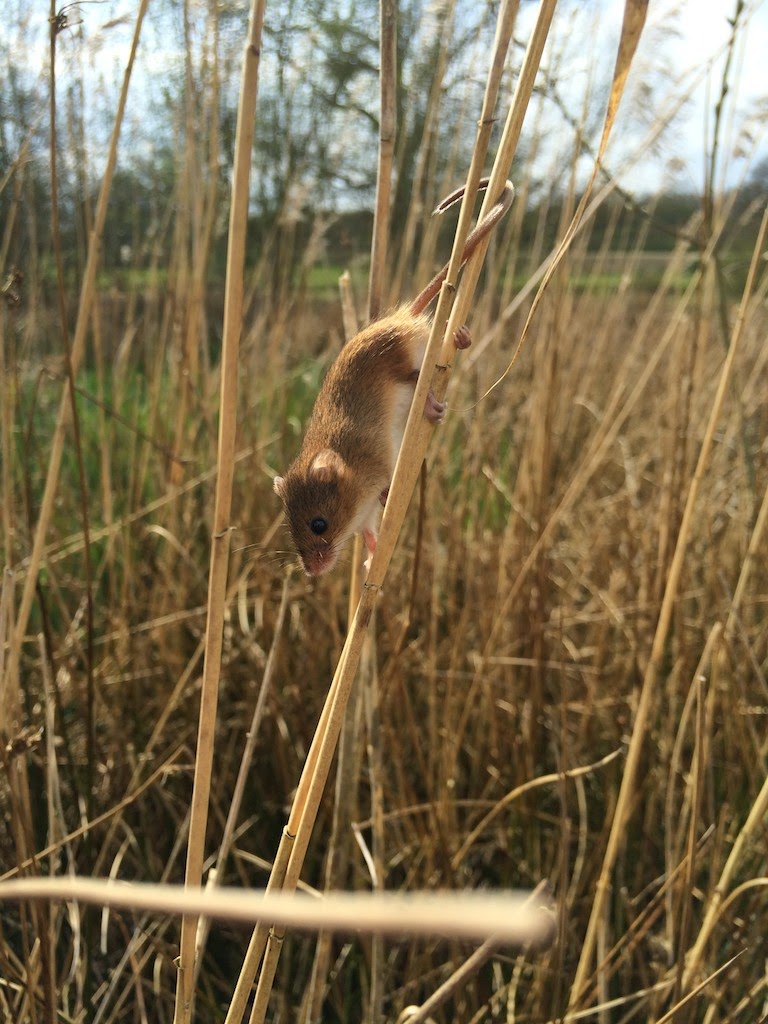 This first batch has been placed a little further out from the boardwalk, just to the left and in front of the large hide you can see from the end of the boardwalk. They will not be visible from the area you have access to, but keep your eyes peeled around the boardwalk you can walk on and you may be lucky to see some of the harvest mice already out there!

OK.., you have been warned, photo below is of mating adders... 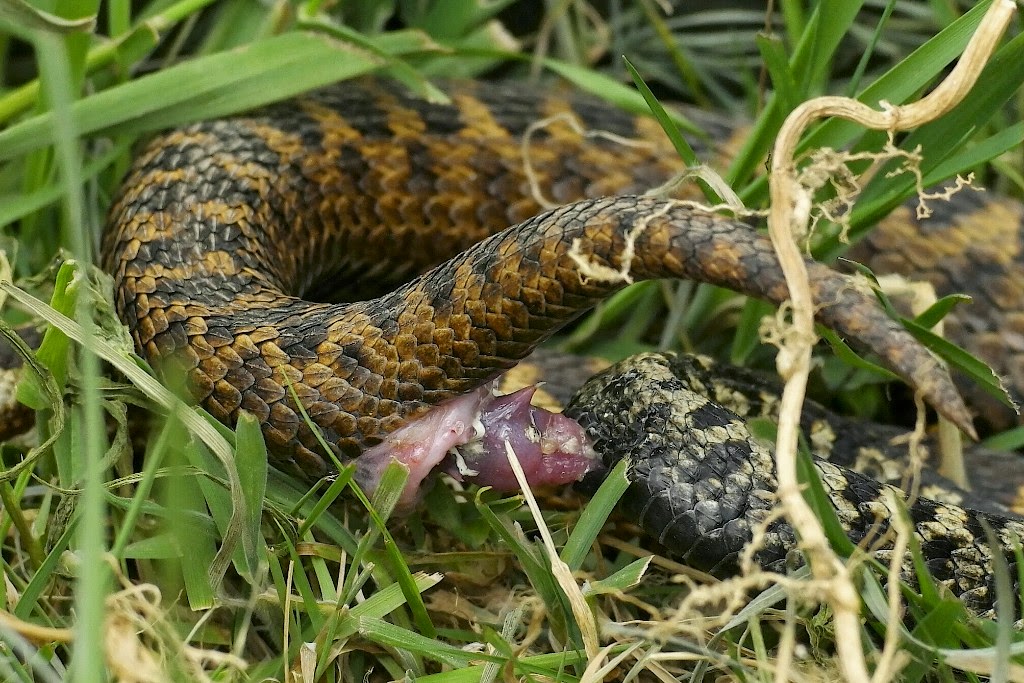 A bit graphic I know, but a rare thing to see... It is quite amazing really. The males have hemipenes, essentially two penises, but only use one at a time. They of course vary, but you can see in the photo above a small spike? This is to help lock him in, so to speak, while the deed is being done.

Now for some amazing facts.

Females can control when they get pregnant. They can store sperm for many years, and so although mated this year, may decide not to use it for another couple of years! Likewise although not mating next year may still become pregnant from the mating this year.

It is even believed that they can decide which sperm to use. If mated by more than one male, they can chose which males sperm is best when the time comes... or a mix, meaning the litter could have more than one father.