As the summer opening has ended, we now only have the weekend openings till the end of October and October half term to try and get some great photographs to enter in to this years BWC Photo competition.

For more details on the competition, have a look at the tab above on this blog or go o our website. In the mean time, check out this video that Gavin Hoey made at the Centre a couple of weeks ago... it may just give some ideas and inspiration for your photography next time you visit us. 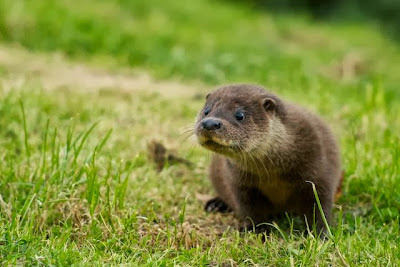 Do you remember when Emmy was still just a cub? Well now she is all grown up, and has had a litter of her own.

Emmy was bred here at the Centre about three years a go now, and was paired up with Elwood on his arrival from the New Forest Wildlife Park. They settled down together extremely quickly, and have always got on well... often seen playing in the water with each other and chasing each other over the ice during the winter. 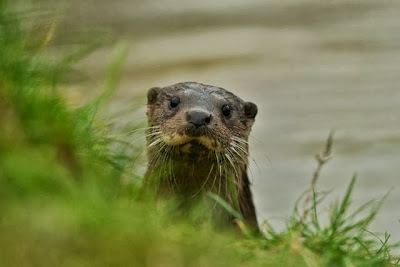 A few weeks ago we noticed that Emmy was not "out and about" as much as she normally is, and coupled with Elwood dragging nesting material back to one of the holts we suspected that she may possibly have given birth.

We left her well alone, but had a quiet listen to to her holt just to make sure she was alright... what we heard was the quiet squeaking of youngsters, and so we left her to it.

Over the last week she has been out more often, and this has allowed us to take a quick peek in to the holt to see what is going on and make sure if there were any babies that they were all right. We can now confirm that Emmy is the proud mum of one cub, which is looking fat and healthy! 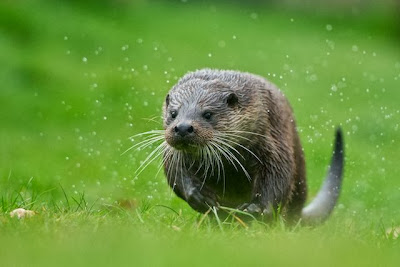 Otters can breed any time of year, so having a litter later in the year is not uncommon. Usually they would have two or three, but being a first time mum we are not surprised to see just the one.

Fingers crossed she will continue to do a good job in rearing her little one. We believe it to be about three weeks old now, and so could possibly start to emerge around about October half term.

In the meantime we are leaving Emmy to it, so I will bring you more news and pictures when the cub starts to venture out.
Posted by Matt Binstead at 19:59 1 comment: 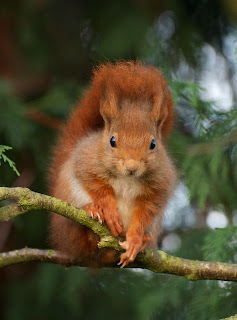 We have had a very good year with our red squirrels, with many kittens being born. As I have mentioned in the past David Mills, the owner of the Centre, has long wanted to release red squirrels on to some of the islands around the UK and last year we sent a few squirrels over to the Island of Tresco on a pilot release.

Along with a little help from the residents, it seem that they have been doing very well, and so this week we boxed up a further twenty squirrels to join them on the island to help try and establish a new population. 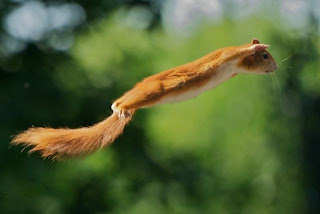 So how are they getting to this island?.. Flying of course!..

Not quite like this, instead the local Navy base is going to escort them over onboard one of their helicopters as a training exercise. Exciting stuff!

I will let you know how they get on. Hopefully we will be sent one or two photos of them once they have settled in to the wild, and so of course I will share them with you here.
Posted by Matt Binstead at 05:50 No comments: 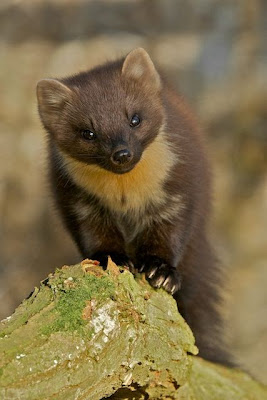 Bonnie and Clyde, two of our pine martens, mated again this year and now we have separated them in to their separate enclosures. All that is left now is to keep our fingers crossed, and hope that she will have kits next spring after her delayed implantation.

At the beginning of next year, we will allow Bonnie to have access to the runs. This will give her not only her nest boxes, but also half of the run system to choose where to build a nest for giving birth.

If she does not have young, then I may allow her to have the run from when we separate them next year, but for this year I wanted to keep the routine the same so as not to upset her. I am also determined to get Hamish and Buttons together next year too... I chickened out this summer, with Buttons being extremely aggresive towards Hamish through the wire. We will do some more active swapping of run usage next year to try and get these two to at least tolerate each other for the summer.


Above is a short clip of me feeding Bonnie from a couple of years ago, and Clyde last night.
Posted by Matt Binstead at 17:51 No comments: 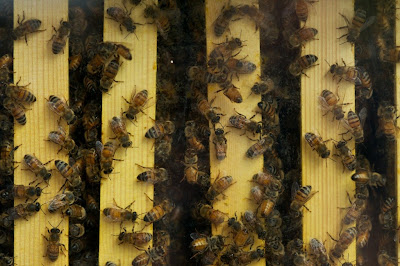 After a short hiatus, our bees are back! Some of you may have already seen them in our hedgerow display, but for those who haven't, it is well worth putting a few minutes aside during your next visit to stand and watch them in action. 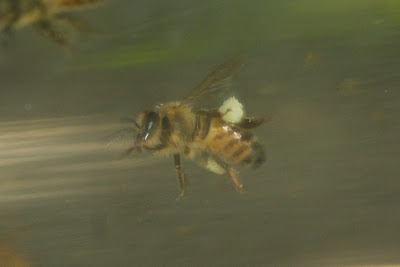 They really do show some interesting behaviour. Carrying the dead bees out of the hive, creating a "curtain" of bees over the entrance, attacking any stray wasps that enter and of course collecting pollen. Some of the bees that come back in through the tube are so laden with pollen, you wonder how they manage to get back! 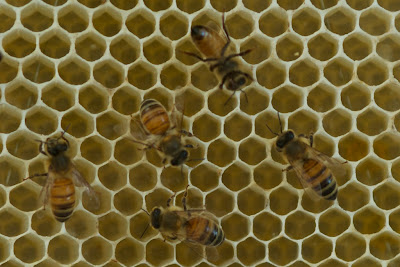 Did you know that the average honey bee will only make a 1/12th of a teaspoon of honey in it's lifetime!.. That's a lot of bees needed to make a single jar of honey!
Posted by Matt Binstead at 11:08 No comments: 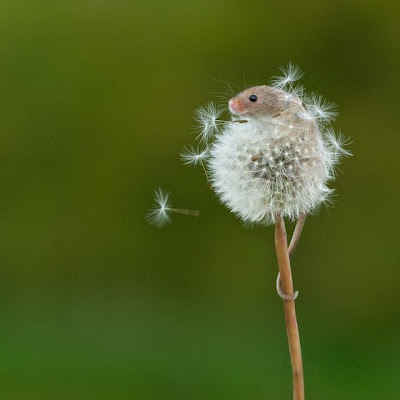 This evening I went to spend the evening with many great amateur and professional photographers at the Mall Galleries in London. It was the presentation for the British Wildlife Photography Awards, and once again this year I was lucky enough to get recognised.

Of the few I entered, only one got short listed, and few weeks ago now I was told was commended and so will be in the coffee table book they do every year of the winning photos.

Unfortunately I will not be in the exhibition again this year, that being reserved only to the winning and highly commended images, but I am very pleased with being recognised three years in a row, and in the only three times I have entered!

If you get the chance to visit the exhibition, I really do recommend it. There truly are some great and inspiring images of British wildlife. 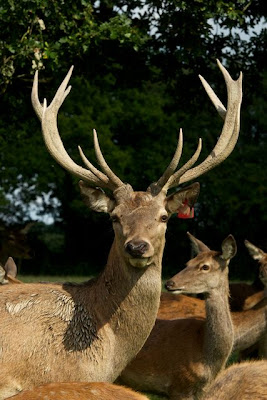 Our red deer stags have shed their velvet, and are getting ready for the rut later this month. Above is Albus Dumbledeer, our new master stag. Since Eric has passed away, he has taken his natural position at the top of the herd... and boy does he strut his stuff! He really is making an impression, and I would imagine will win the rut quite easily this year with little competition. 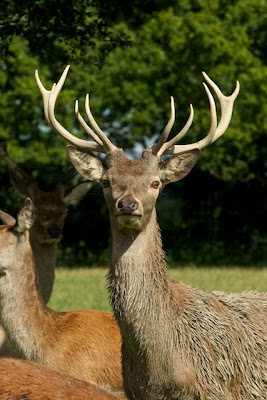 Perhaps the only stag which may put up a slight challenge, is our stag above. He really is a handsome boy, and I must confess I have a soft spot for him being "Eric's" son.
Posted by Matt Binstead at 22:56 No comments: