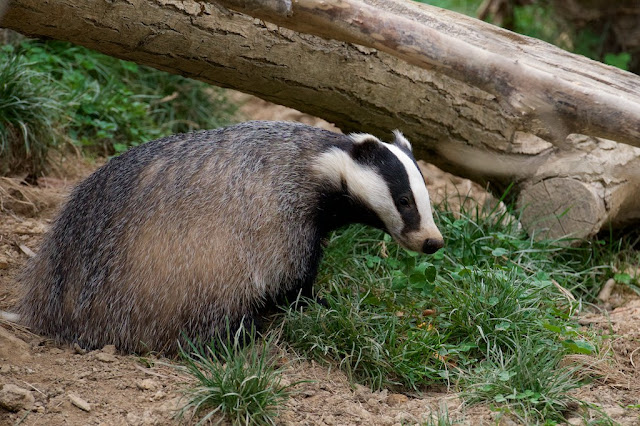 A reminder for you all that we are open to the public every day next week for February half term. We are still on our "winter" talk schedule, so finish with the owl display at 3pm, but some of our quieter winter animals are beginning to stir a bit more regularly again, so keep your eyes open.

Our badgers have settled well together after being introduced during the winter. You will usually find all five of them snuggled up in one of the smaller pods in their inside set, and although we have not started with our badger talk yet... occasionally one or two of them do venture outside later in the afternoon so keep your eyes open. 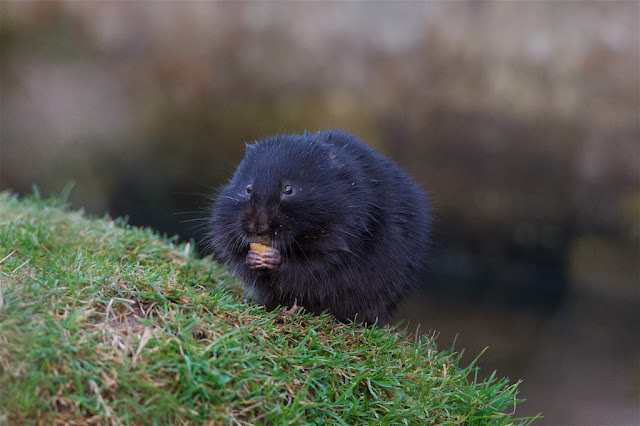 Another quieter animal for the winter is the water vole. Once again ours are beginning to stir a bit more frequently, most often seen first thing in the morning after we open. You will notice their island has had a bit of a tidy up. Every winter we take the opportunity while less groups are booked in to go around and smarten up most enclosures, beyond the usual daily and weekly cleans, and so always neaten up the water vole enclosure where it has sunk a little through the year. Give it a couple of months and it will grass up beautifully, and you won't even see the seams. 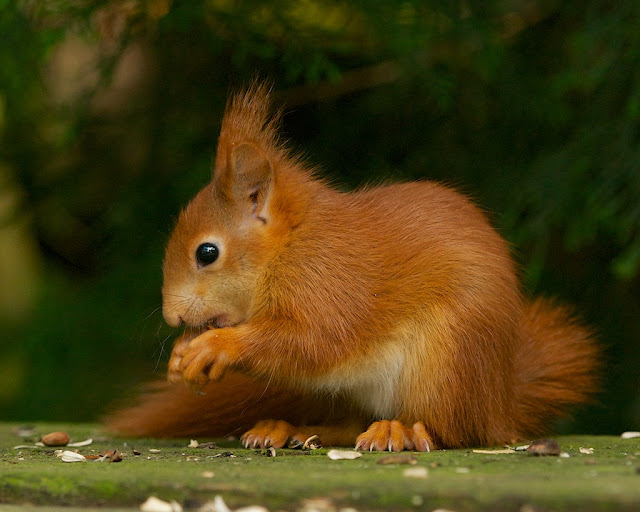 Some smartening jobs are fairly little, others are quite big, and the other thing you will notice is our new fence for the red squirrel enclosure. While the squirrels are shut in to their holding pens, we have taken the opportunity to completely re build their enclosures boundary fence. The old one was beginning to age and so it made perfect sense to put up a new one while the squirrels are temporarily not free roaming. It still needs a little finishing off, but it is looking great so far. Once finished, the squirrels will be once again let out to be able to free roam their whole walk-through enclosure. You can still see them in their holding pens this coming week though, and we feed them at the first talk of the day 10.30am.
Posted by Matt Binstead at 08:19 No comments: 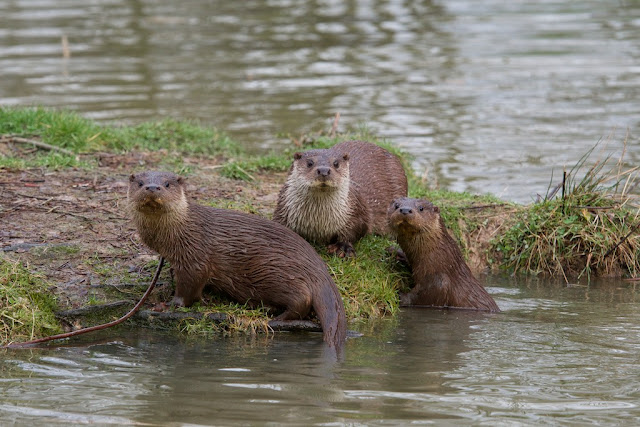 A quick update on our otter cubs. Both Ottermus and Beatrix are doing really well, as you can see from the photo above of the pair of them with mum Emmy. The two cubs seem to be growing in confidence daily, they are often out and about and are beginning to learn the talk times. The past couple of weekends now we have had an appearance or two while doing our keeper talk.

If not seen out during the day, then they are nearly always out for feed time... currently around 4pm while we are open to the public.

They really are great fun to watch, so if you get the time do spend a bit of it waiting at the otter ponds. They are very playful at this age, and you can see them chasing each other on banks, diving in and out of the water and a bit of rough and tumble while they are in the water too.

A little picture heavy this post, but thought you would like to see some photos of the two of them from this week. 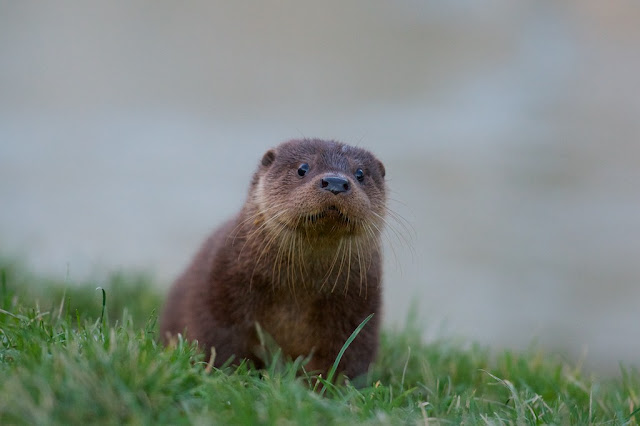 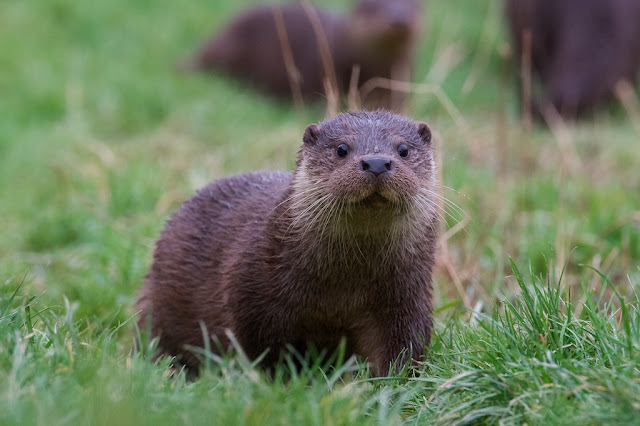 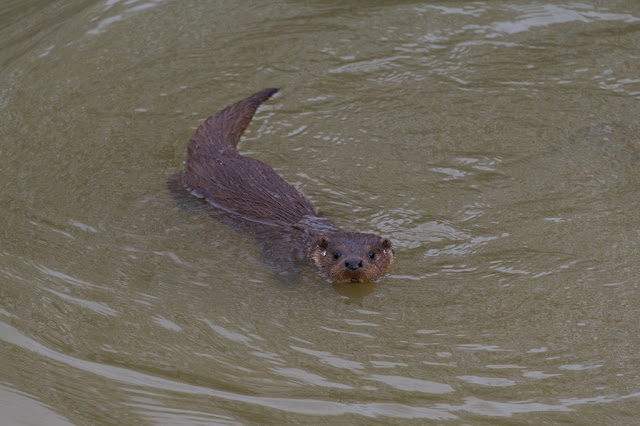 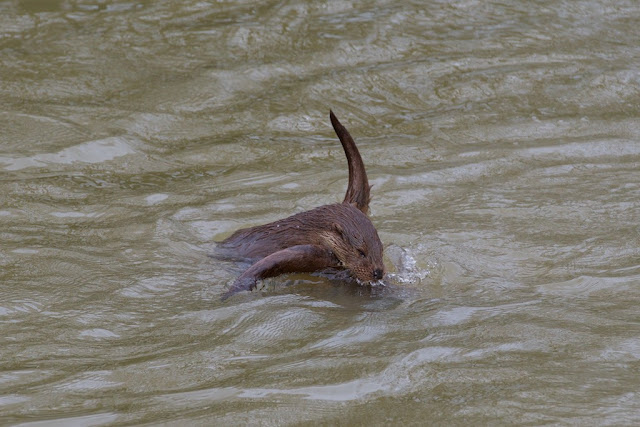 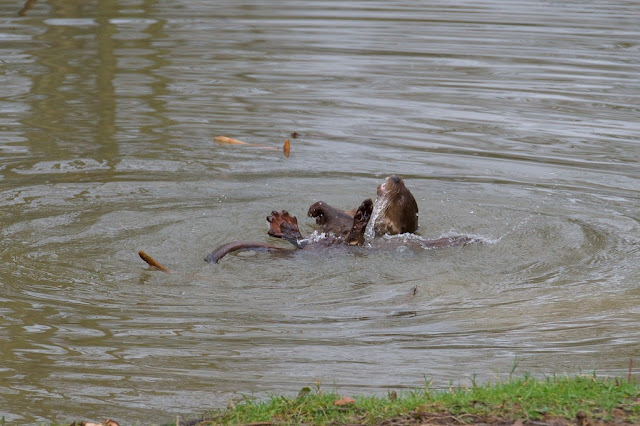 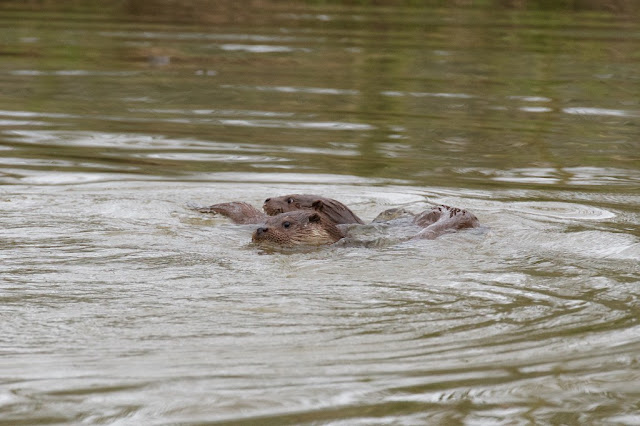 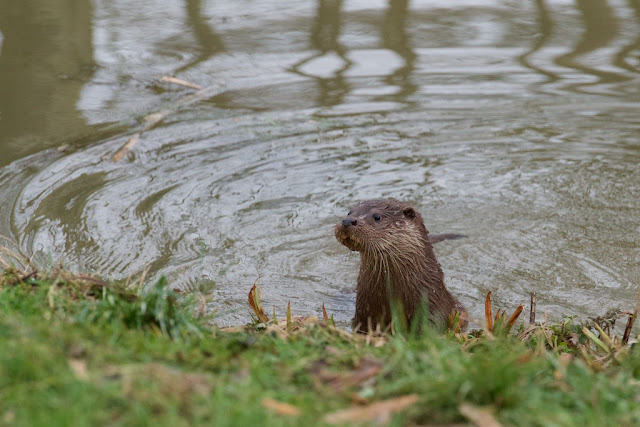 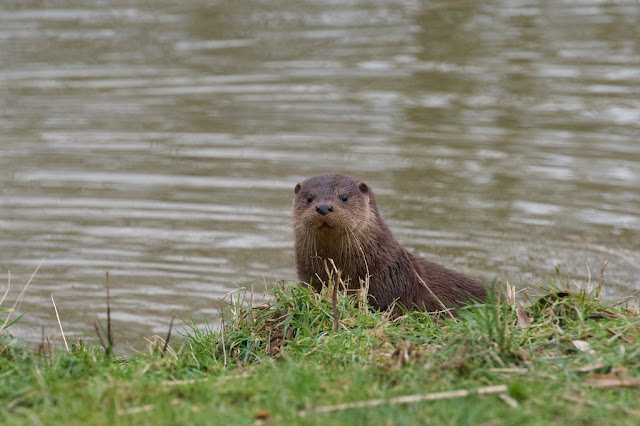 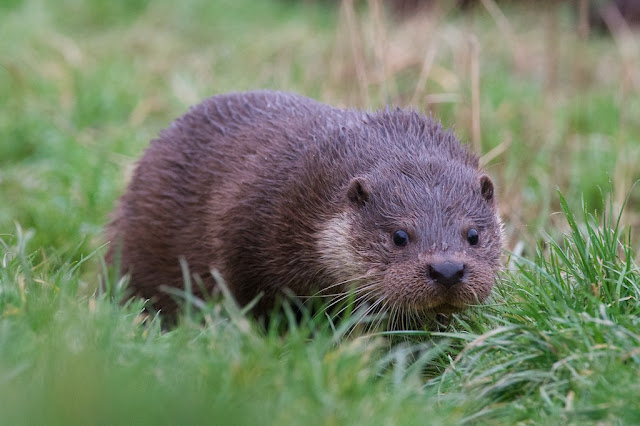 Posted by Matt Binstead at 11:46 No comments:


We have had a few people ask about how to "enter" photo of the month. There is no official way to do this, and we just look at photographs shared on social media and sent in to us via email. Then pick a few we like to share each month. Flickr tends to be were a lot of photographers share photos, as we have our own British Wildlife Centre group page there to add your photos to. Instagram is very popular, and most of the keepers see/use instagram. Tag your photo #britishwildlifecentre to make sure we can see it. But of course to ensure we see a photo you may be particularly proud of the best way would be to email it in to us! We are always pleased to see photos of the animals we care for.

From the photos we share, we then pick a photo of the month to go in our coffee shop gallery the following year. From the twelve pictures throughout the year, an outside professional judge will pick their overall favourite to win a photogrpahic day here at the Centre.

So, on to 2019, and January's photo of the month. This month we went for this lovely photo of Floki the barn owl in his aviary, taken by Brett Watson. To see more of Brett's photos follow the link in his name.

Below are some more photos from the last month, and again, follow the link in the names of the photographers to see more of their images.

A great close up of one of our grey squirrels.


Emmy, one of our female otters, having a quick drink in the pond with a beautiful reflection.

Like mother like daughter. Bea, our young otter cub, at the waters edge with a shy eye on the photographer.

Susie the stoat beginning to pale and turn ermine. Not as white as she went last year, but a token gesture to the winter.