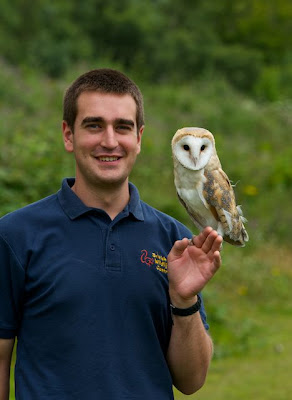 For those that were not aware, Keeper Tom was originally on a seasonal contract which was coming to an end at the end of this coming October. However, a full-time position has become available which has been offered to and accepted by Tom.

So, we say welcome to Tom to our BWC keeping team!

Over the past year he has picked up some valuable experience in working with British Wildlife, and has been a favourite of many groups and visitors alike, including a few of the work experience too ;-) 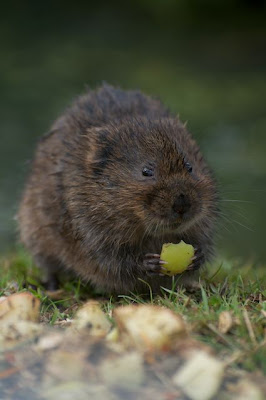 Today we welcomed over 70 new water voles to the Centre which had been bred at Wildwood in Kent.

Some of these have been used to create new breeding pairs to help sustain our population here for both display and conservation.

The rest are being released on to our nature reserve to help boost the population we already have out there. 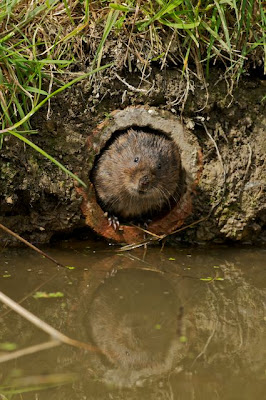 We have released a few voles over the last 2 years onto the reserve, but these should really help get the wild population established.

Special release pens have been placed around the waterways to house the voles for a few weeks, while being fed and cared for by us. Then we will cut holes in the pens to allow them to explore the wider world while still being able to get back to safety, and for food we put out while they are getting used to natural feeds.

Eventually in their own time, they will develop their own dens and be fully rehabilitated into the wild in this soft release method. I am sure this will enable you to see them more often around our wetlands boardwalk, as some are still seen now with only a few out there. 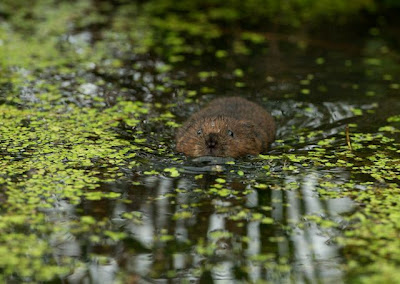 Posted by Matt Binstead at 21:48 No comments: 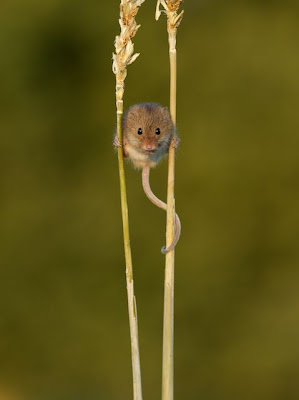 So which of our British animals have the skills to compete in the various Olympic events? This is something that has been talked about in circles far and wide (OK, just the keepers mess room) and with great input on our facebook page of 6 comments, and I thought the 100 inches sprint for the weasel was brillinat!, I was asked to do a post today.

But do we just cover mammals? All animals? Just animals that are at the BWC? It was decided just to go for one idea from each keeper and see what they came up with.

Of course there are the obvious examples of hare for sprinting, otter for swimming, frog for jumping, stag beetle for wrestling, ant for weight lifting and pine marten for beauty, if that was an event, but let's see what the keepers came up with.

First up Izzy, and after saying she wanted the Hare for sprinting, long distance, steeplechase, 400 hurdles and just about every other running event we knew we had to stick to BWC animals. So Izzy went for the above photo... the Harvest Mouse for the event of Parallel Bars.

"I think the harvest mouse would be good at parallel bars because it is very agile at climbing thin stems, and you have a lovely photo of this that you can use for the blog too." Who am I to argue? 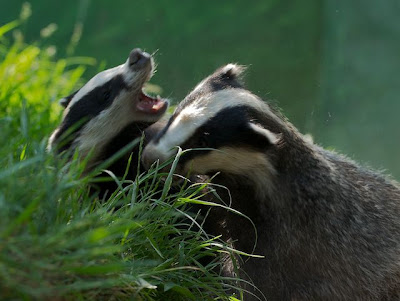 Next up Leonie decided to go along with the Badger and Wrestling. "Badgers have always been one of my favourites, and I really think they would be good at wrestling. Why? Because they are strong and grumpy, just like me, and often have squabbles trying to push each other around with their bums" 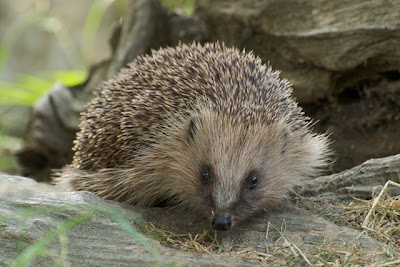 Kate Ford decided that it would be the Hedgehog for her and in the Walking event. When the rest of us pointed out that they don't really walk that fast, she claimed "They do walk very far each night though looking for food, sometimes up to 2km!.. That's a long way for a hedgehog." No arguing about that, and no arguing either that Kate has now definitely confirmed herself as being just as crazy as the rest of us here. 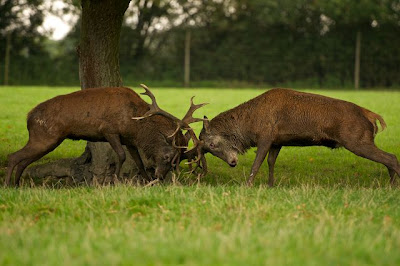 So what about Rich? After thinking of the wildcat for decathlon because "they are just so %$?@ing amazing at everything!" we persuaded him to think of something a bit more realistic. So he went for Red Deer and fencing because "it looks a bit like they are fencing when they are rutting"... yep, well done Rich. 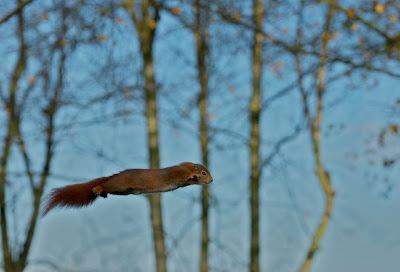 We went through a lot of options for the red squirrel, such as gymnastics and... well actually that was it. But eventually Tom settled for the Red Squirrel for the Long Jump. "They are really good at all acrobatic things, but can in particular jump a long way. Also, our long jump gold medalist was a red head so that has to count for something." 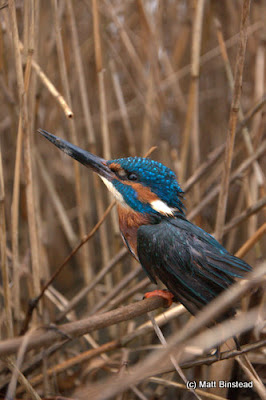 Katie simply said "Well, being the crazy bird lady that I am I have to pick a bird! The Kingfisher has to be the best bird for Diving as it is so elegant in the execution and entrance of the dive that it has to score a perfect 10."

I know, we don't have kingfishers here unless you count the wild ones on the nature reserve. But I do have a soft spot the the kingfisher, and I thought it better that than Katie getting one of her owls to do the diving. 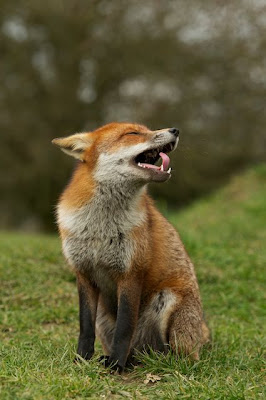 And for me... I went for the Red Fox for Decathlon! Why, because apart from humans they are the most widely distributed mammals and have thrived in numerous conditions... and in all honesty, it just winds up Rich too since he wanted this event for his wildcats.

Don't fret, back to the serious posts next week.
Posted by Matt Binstead at 15:15 No comments: 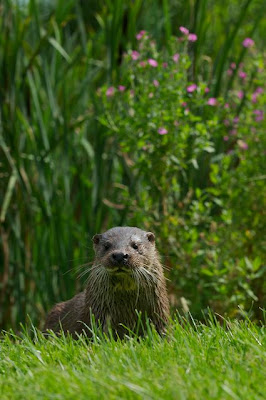 A month ago we welcomed 2 new otters to the BWC family from the New Forest Wildlife Centre. These litter brothers were named "Jake & Elwood" and introduced in with two of our females, Lily and Emmy respectively.

As many of you are aware, Elwood settled in straight away and even made an appearance for his first keeper talk the following day... Jake on the other hand was a little shyer, and took his time to come to terms with his new surroundings. 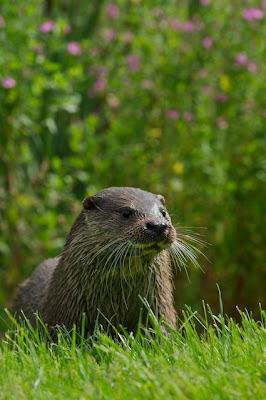 For the past week now however, Jake has been a star. He has really grown into himself and is now a regular for the afternoon keeper talk and enjoys spending time with the keepers with the evening feeds. He really is a big lad, one of the biggest otters I have seen, so if you do get the chance, come and see him over the remaining three weeks that we are open for the Summer. 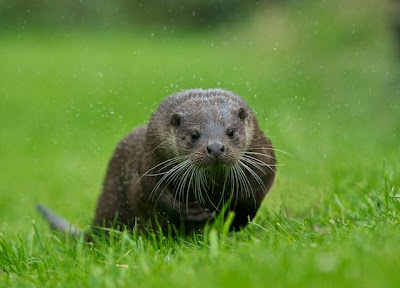 Of course, while you are here do say hello to his brother Elwood. He is still one of the star attractions, and one of the first out for all keepers talks and feeds... even the rain doesn't put him off!
Posted by Matt Binstead at 11:08 No comments: 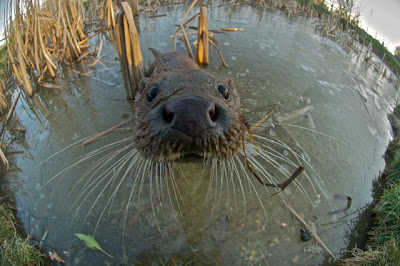 Just a reminder for all you budding photographers out there... don't forget that there is only 3 months left to come and take your photos to enter in to this years BWC Photographic Competition!

You can enter up to two photographs in to each category, either through our flickr group discussions linked to the right in the side bar, or by emailing them in to competition@britishwildlifecentre.co.uk

There are prizes for the winners and runners-up in each category, and the overall winner as chosen by our judging panel will win an exclusive photographic day here at the Centre all to themselves accompanied by our Head Keeper, Matt.

No one knows our animals better than Matt, so with him at your side you will get unrivalled opportunities to get the very best photographs of our animals including some extra access difficult to achieve on a normal photographic day.

Good luck to all who enter, and keep your eyes on the blog for the shortlisted entries to appear over the Winter.
Posted by Matt Binstead at 17:39 No comments: 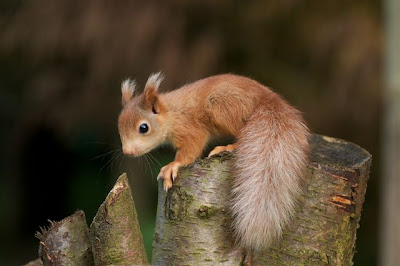 Our walkthrough squirrel enclosure is booming, and at the moment the second litter to have been born in there this year is just starting to venture out and explore their surroundings.
Some of you may not have noticed, but there was a drey underneath one of the benches... not the best place to build one, but obviously good enough as one of our females has managed to rear a few kittens in their quite successfully. 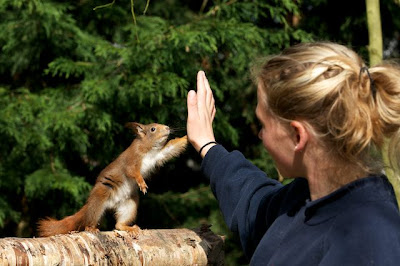 High-five to the dad, who has been very proud... well actually he just chases them away if they get too near to him!

This brings the population of the walkthrough enclosure to around 16 squirrels, almost at capacity, so next year we will be looking at the prospect of catching some of the kits from the walkthrough and introducing them in to our breeding programme. 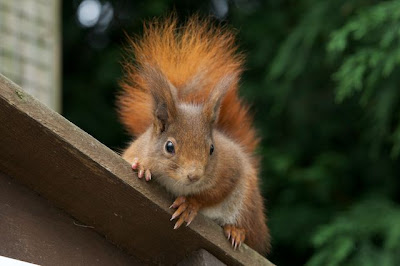 Hard life being a squirrel! Come and see our youngsters over the Summer before they are fully grown and unrecognisable from the adults.
Posted by Matt Binstead at 15:14 No comments: 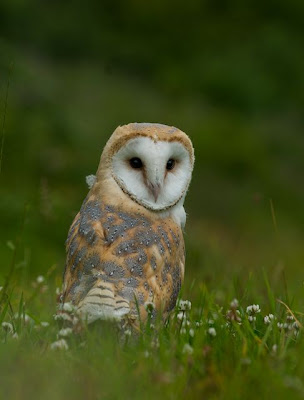 A brief update on some of our new arrivals...

Our two new barn owl chicks are not chicks anymore. Both Big Pete (pictures above) and Kevin are now fully fledged members of our flying team and regularly performing in our 4pm flying display.

Our new tawny owl, Magnus, is progressing well and is currently in training.

Jake and Elwood, our new otters, have settled in extremely well. Elwood has already established himself as a star of the talks, and Jake is slowly getting there in front of the crowds.

Eva and Sybil are now well established in there Hedgerow enclosures, and have been one of the greatest attractions so far this Summer. It is not often you walk through our Hedgerow and don't see either one of our stoats or weasels out on display. 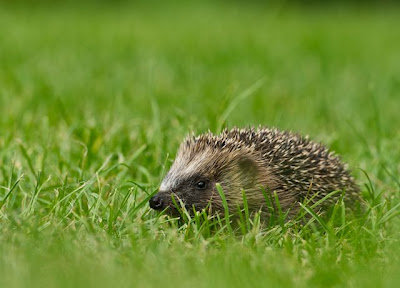 Of course we also have many deer fawns/calves, polecat kits, grass snake eggs, squirrel kittens, mice, vole and rat pups and of course not forgetting two new stars of the BWC... Timon and Pumba our young hoglets who have been stars during the 1pm talk.
Posted by Matt Binstead at 21:56 No comments: