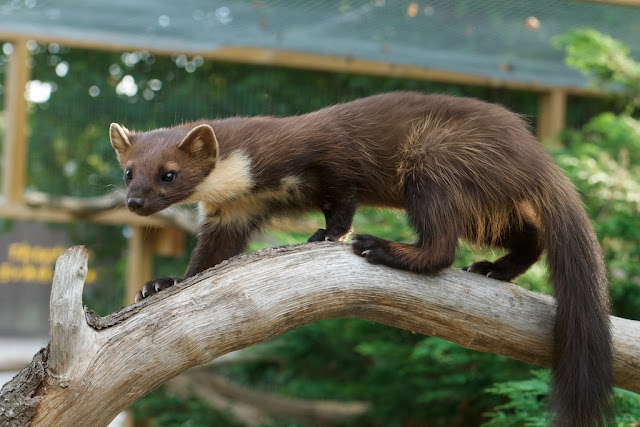 This past month we have been adapting the way in which we work to allow groups to still come and visit us. Our photographic days have been extremely popular, and we have even had a couple of schools and private groups come to see us all in line with our restrictions and the regulations, and of course we are still open to the public at weekends to pre booked online tickets. 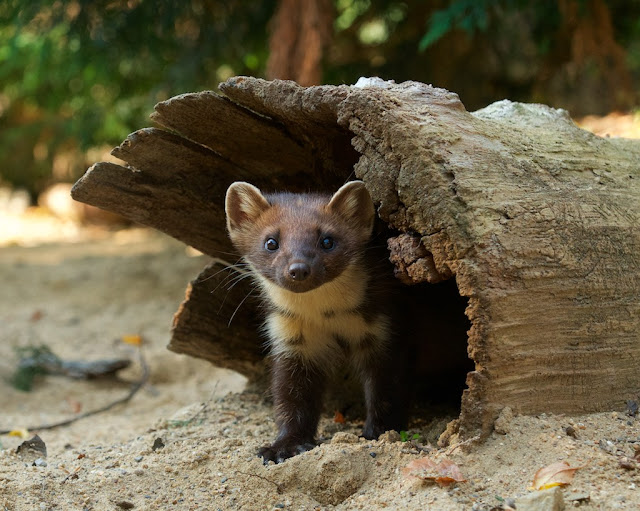 Before lockdown earlier in the year, we had just had two new pine marten enclosures built. They remained vacant for most of the summer while we were short staffed and still catching up with things, but this past month we finally managed to move our new martens on to display. An older male called Columbo is in one, and a young spritely female called Lyra in the other. Both are in the Dell, and almost certainly if you see one it will be Lyra.

She is pictured in the above two photographs and is settling in extremely well. 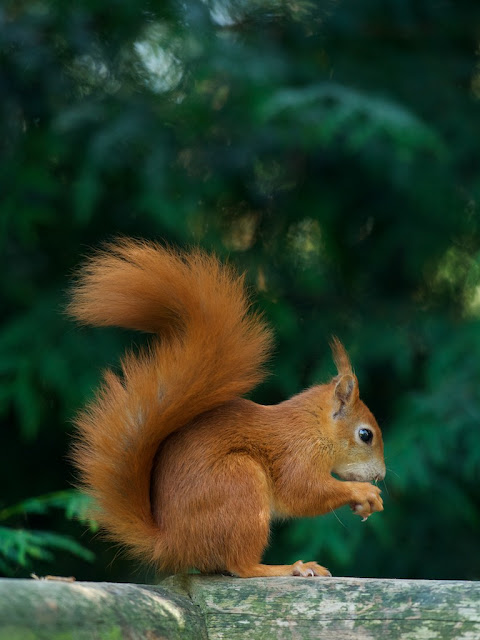 Our red squirrels have been very active recently, and are beginning to grow through their ear tufts for the winter.

It's that time of year once again when we need to use the extra time we have with less groups to do any of the bigger enclosure tidying jobs. The main thing with the squirrels is to keep the tree line back from the surrounding fence, and we have made a start on this. 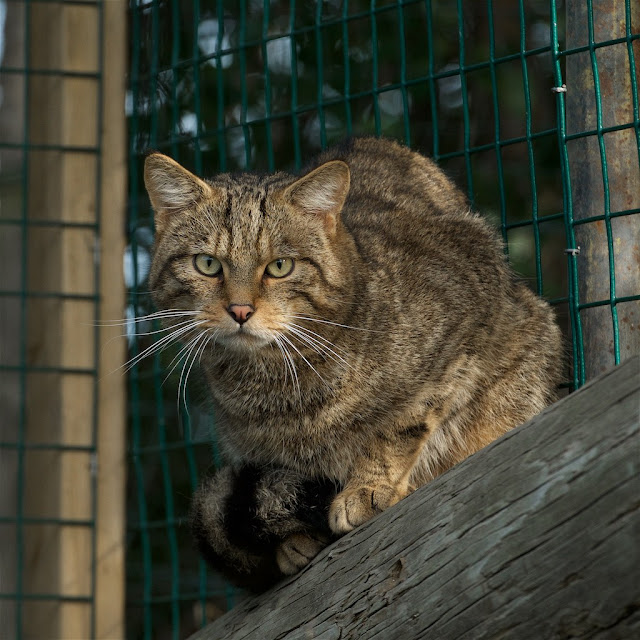 As well as our two mothers and kittens on display, we have another pair in the end enclosure. They are both extremely shy, but do occasionally come out at the end of the day for a few late stragglers to see. They are stunning cats though, so we thought we best introduce them to those who haven't seen them yet.
Above is Atticus. He is a very handsome cat who came to us from the West Country Wildlife Photographic Centre. Very rarely seen, but when he is it is usually in the back right corner of the enclosure where he tends to venture out later int he afternoon... waiting until it is quieter to come down to find his food. 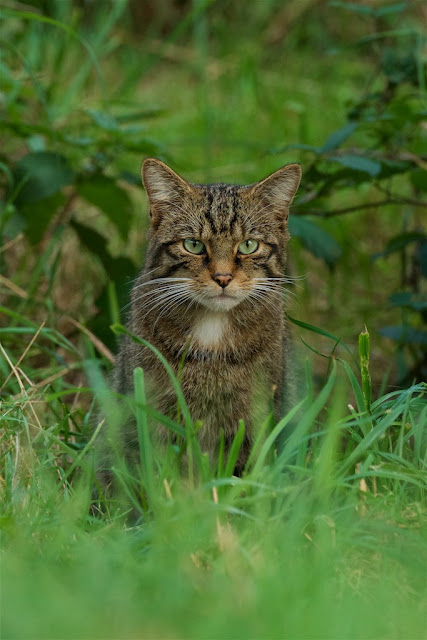 And this stunning cat is Agnes... Beautiful! She has the greenest eyes I have ever seen on a wildcat! Another shy one, but she is slowly getting bolder and usually spotted on the platform in the centre of the pen or one of the logs at the front.

Agnes is beginning to come out for food when the keepers are in with them now, and building her confidence. We hope that she and Atticus may well breed next year for more kittens. 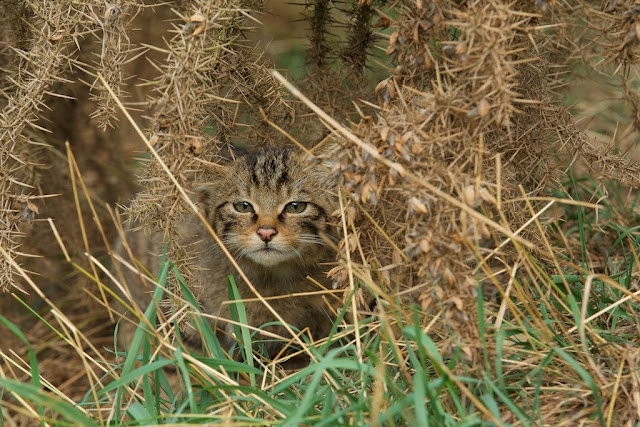 Talking of kittens, I guess you can never have too many updates on them! There is no doubt that they have been the most popular thing at the Centre over the summer, and they continue to be a draw despite how fast they are growing.
Above is one of Kendra's kittens, while below is one of Hilda's. 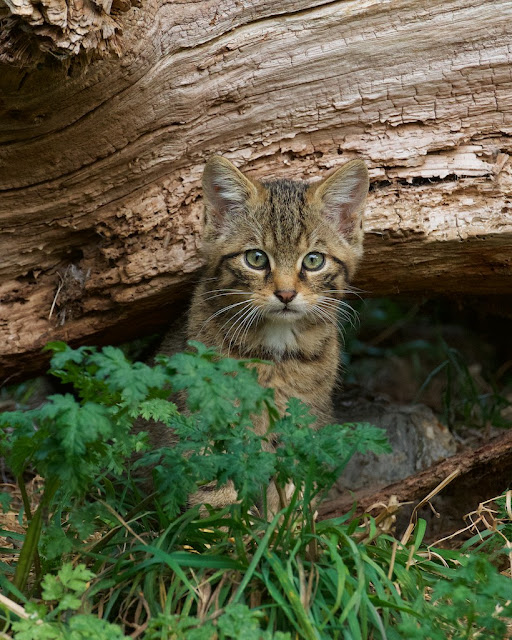 Posted by Matt Binstead at 12:43 No comments:

We have had to adapt our photographic days slightly since re-opening to comply with new guidelines/restrictions and to keep everyone, photographers and staff, safe. All the same great opportunities are there for you to take some fantastic photos, just in smaller group sizes.

We still take photographers in to all the same enclosures, and all the animals have been as brilliant as usual, but there is no doubt that the real stars have been our wildcat kittens! 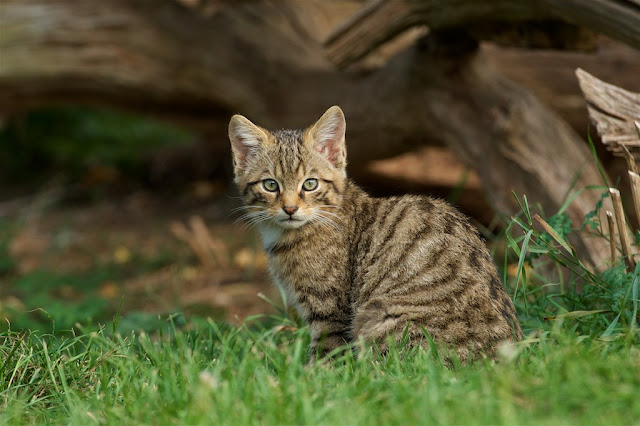 There are a lot of visitors photos of our kittens up on the interweb on various social sites etc. I hadn't had the chance to take many recent photos of them myself, but looking through the many than had been shared, I had to make time to spend with them one evening last week. 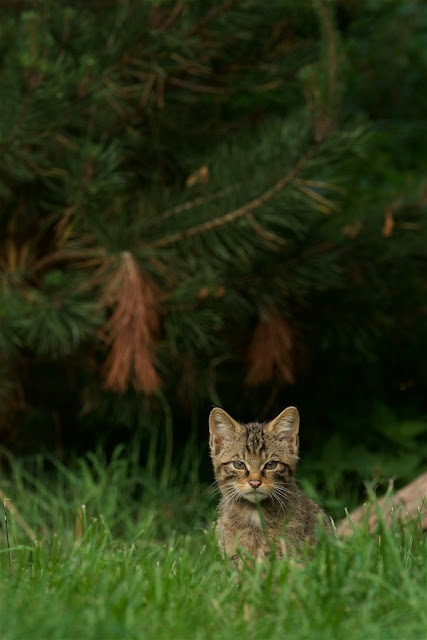 They are growing fast, but still look very kitten like. Kind of going in to that leggy stage. Hilda's two kittens, who are slightly younger, seem to be a little shyer but still do venture out most of the time. Kendra's two however are as bold as anything. Often meeting us by the door as we enter the enclsoure now. 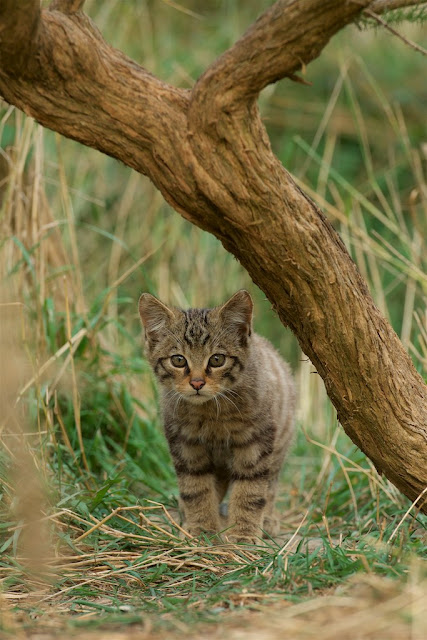 Their favourite spot seems to be under the gorse on the right hand side of the enclosure, and if you visit you will see the flattened grass where they they rolled around and played on. 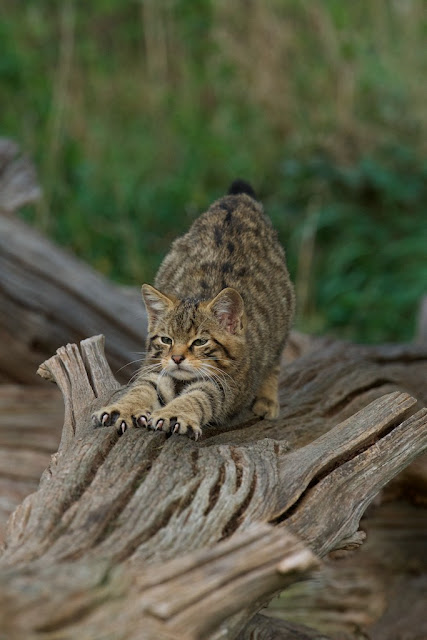 Hilda's prefer to stay a little further back, and enjoy the large logs that stretch through the middle of the pen. 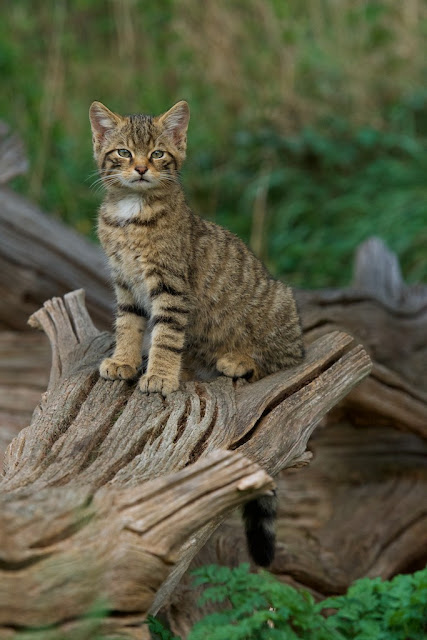 This is one of Hilda's above, she certainly knows she's a looker posing like that :-) 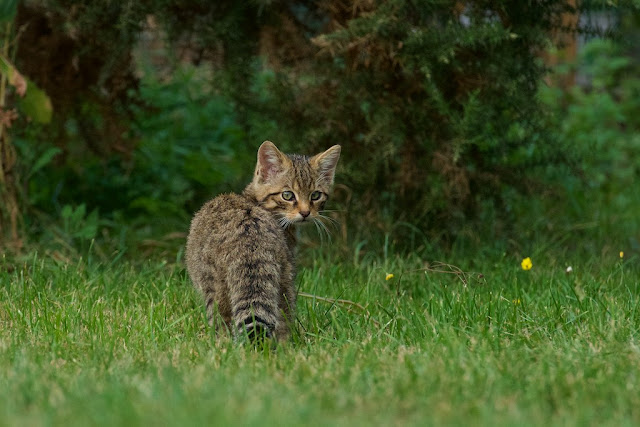 We will keep the kittens on display up to the end of the year, so still lots of chances to see them grow and mature over the following weeks. Then early next year we will have to start thinking about moving them off display before they move to their new homes, to allow the parents to hopefully breed again. 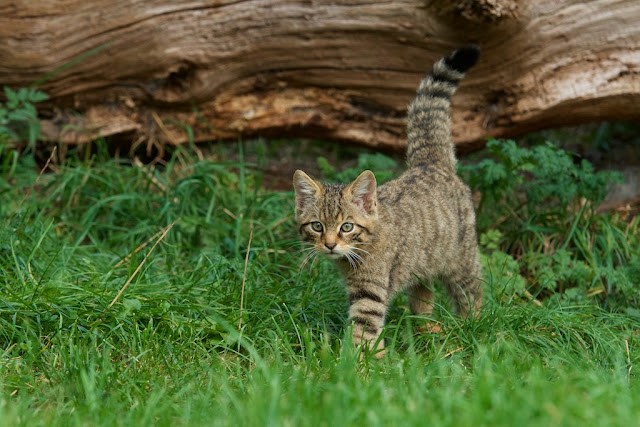 If you want to see them, they are often active throughout the day now, and our wildcat keeper talk times are still 11.30am and 2.00pm. 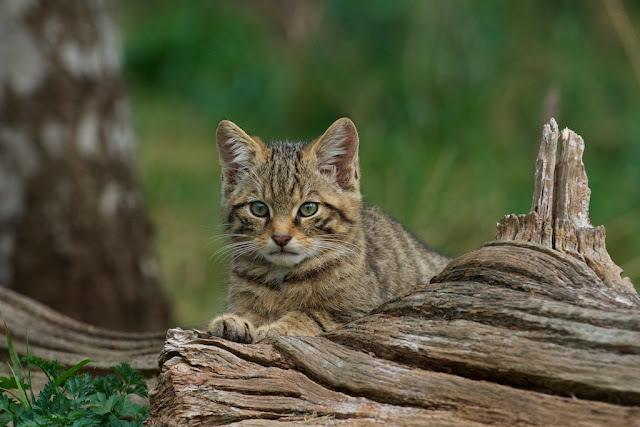