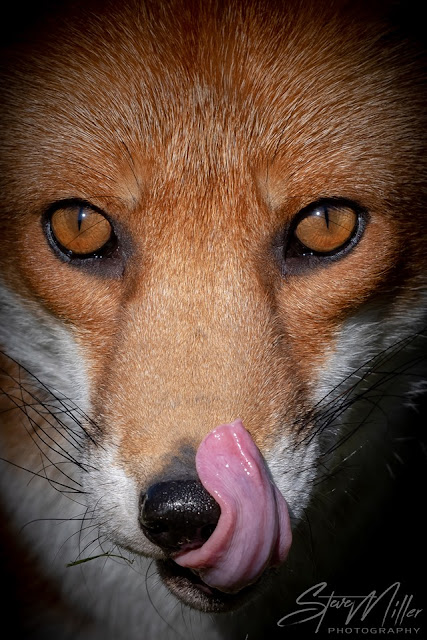 Congratulations to Steve Miller who's photo above of one of our red foxes was chosen by Sean Weekly as our photo of the year for 2019. Steve's photo will be alongside the other 11 photo of the months in our coffee shop gallery later this year, and Steve will receive a photographic day voucher to come and spend a day with us photographing many of our other residents, and of course our foxes too!

Thanks once again to Sean for being our professional judge. Here is what he said when picking out his favourite:

"It's been a while since I have visited the centre and popped into see all the staff and visitors, I now live in Wales and its not quite as easy for me to come along now and visit. One thing I will try to do this year is pay the centre a few visits. I always love seeing everyone's images from the centre pop up across my social media feeds, and everyone's images progressively get better week by week.

After spending many a session at the centre when I first started my photography I can appreciate the skill required to achieve such great images of the animals there. Although captive it is still not an easy feat to come away with a good selection of images from a visit, so a huge well done to everyone who has got to the final stage in the top image of the year competition.

It was a tricky one this year with a good strong 12 final images to look at. However there can only be one winner and the winning image for me is the Licking Red Fox.

This particular image stood out for me, it has a lot of impact. Technically the image is faultless with incredible sharpness throughout. I loved the eye contact and the catch lights drawing me into this full frame portrait. It's not easy to get a full portrait like this at the centre so I know the challenges that this shot required.
The deciding factor for me was the fox licking its nose (I assume after the fox feeding). I love a bit of movement in a wildlife image as it really helps brings the picture to life and capturing the tongue has really made this a strong portrait for me.
It's also shot from a low perspective at eye level which again adds to the intensity of the portrait.

Well done to all the finalists and as I said it was tough to choose this year, so keep shooting what you enjoy and hopefully I will see your images again online or even better in next year's competition again.

To see Sean's amazing wildlife photography, please follow this link. Lot's of great shots there, but not enough of our animals Sean!.. You need to come back soon :-)

Posted by Matt Binstead at 11:38 No comments: 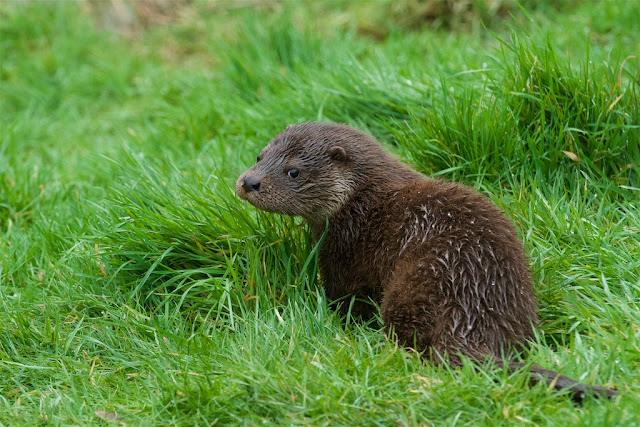 Our two otter cubs couldn't of timed their first explorations of their home any better. Our week of opening after Christmas saw them continue their swimming lessons with mum, and then start to emerge once or twice on their own. For those visitors who happily watched most of the day, they were usually rewarded with a glimpse of them having a little wander before being dragged back home by mum. 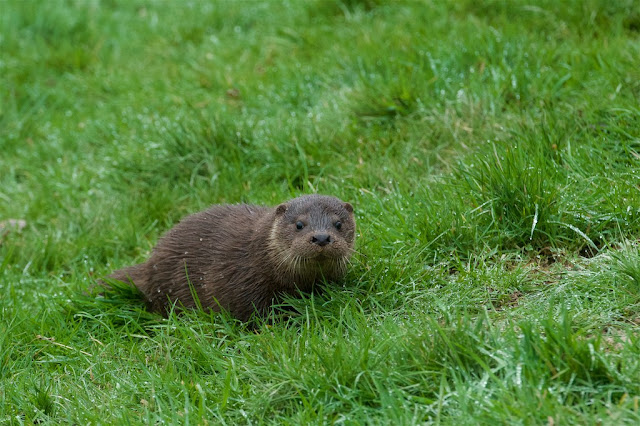 Since then they having slowly been getting a little bolder, sightings have been a little more frequent. Although still not predictable, they usually venture out on their own once or twice during the day, and mum is quite happy to leave them to it. We have even had one of them out for the keeper talk already... although it will be a good few more talks before they are used to the timings and confident enough to be there all the time. 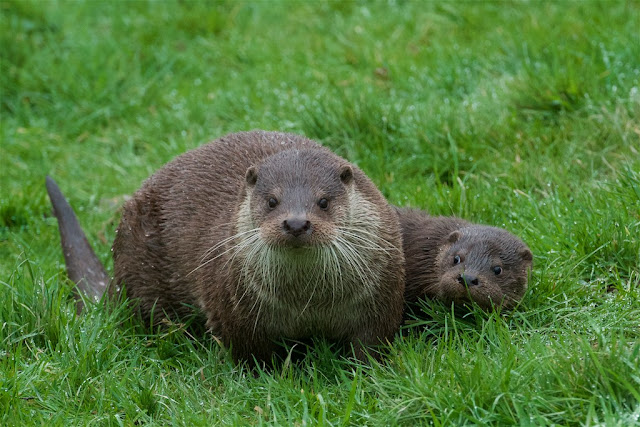 They are growing fast, but still small enough to be obvious cubs. Elwood, the dad, above is being as good as ever in helping to look after them... and the little female in particular is very much a daddy's girl, sticking by his side when they are out and about.

Mum, Emmy, below is still doing a great job in looking after them. They will still be suckling, but she does take food back to them too to chew on. They tend to eat in their holt still, but it won't be long till they are more confident about eating out on the bank in front of everyone. 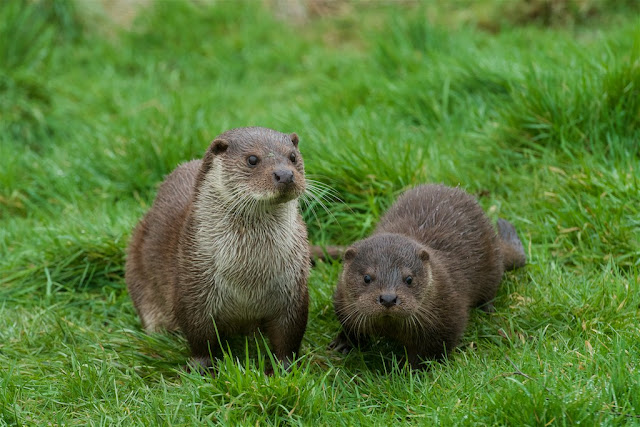 So, what are the young cubs names?.. David Otternborough and Nicole Scherswimmer... and you thought we couldn't beat our otter pun names of previous years?.. yeah, you were probably right, so we'll just call him Dave and his sister Nicole.

Dawn's photo will be in our coffee shop gallery this year, and will be in with a chance to win a photo day here at the Centre if chosen later this month by a professional judge.

As always, more photos shared below... this time all of our otters, maybe unsurprisingly with many people keeping an eye out there for our young cubs to be brought out. Click on the photographers name to see more photographs taken by them, including many more from around the Centre.