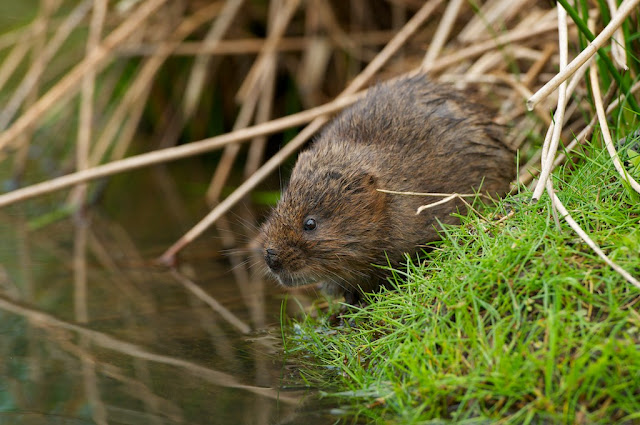 After a long staycation in the grass snake enclosure, our water voles are back where they belong on their island display.

The water vole island display has recently been renovated, and while this was happening we placed 5 youngsters in to our grass snake enclosure (after taking them out) so they could be visible over the summer opening.

The voles settled down well, and many visitors enjoyed seeing them, but it was never a long term solution with the enclosure not being ideal for a permanent home for water voles. Now that their real home is ready, we have caught them up and put them back where they belong. 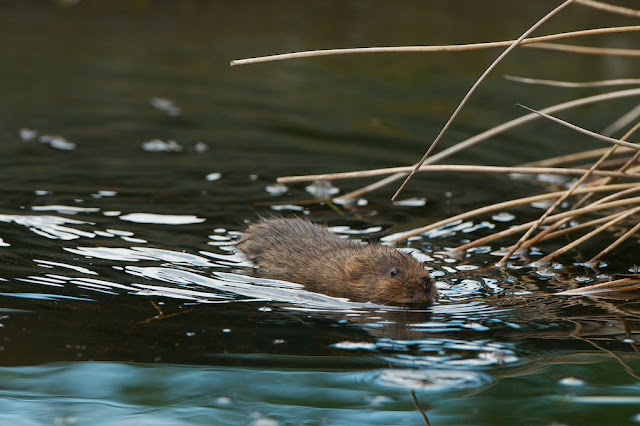 It is lovely to see them back home, and I have spent the last few evenings watching them explore and run around. Our water vole enclosure is one of our most well known displays, and it is easy to see why... A large area with plenty of natural burrowing areas and food to supplement what we give them, surrounded by water deep enough for them to swim and dive, multi species with the sticklebacks, pond life and common frogs which we have added back in too and all raised to make it easier for you keen photographers and anyone interested to see them. 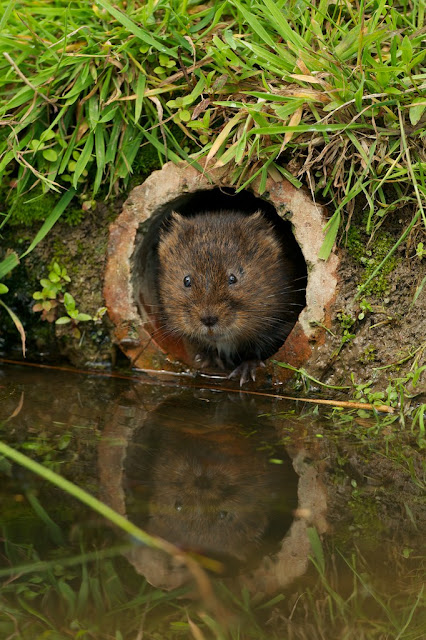 As always with our voles, mornings and later in the afternoons are when they are more active. So for the best chance to see them head along shortly after we open, or around the owl talk time when it is a little quieter.

As for our grass snakes?.. they will be back on display in a couple of weeks after we have tidied up the mess the water voles have left behind!.. This will give them plenty of time to settle before brumation.

Here is a little video clip of one of them enjoying being able to swim again properly! Taken by keeper Meg. 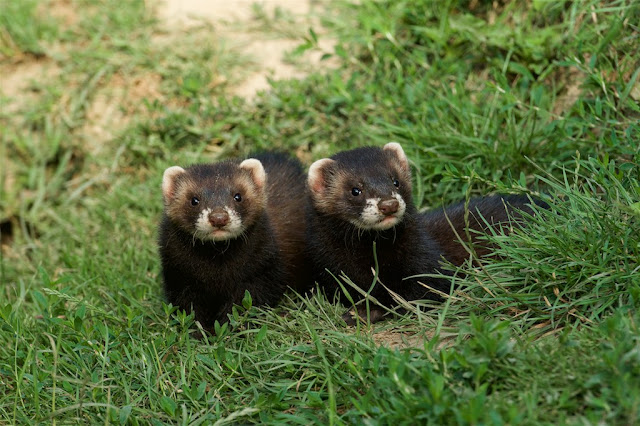 Nearly half way through out summer opening, and arguably the main stars of the Centre so far have been our polecat kits! Whitstable and Oriel, our main pair of polecats, successfully bred once again this year and Oriel gave birth to 4 kits a few months a go. Over the last few weeks they have slowly been getting bolder, and the last couple of weeks in particular have seen them become very brave and adventurous in their enclosure often out and about exploring and playing. 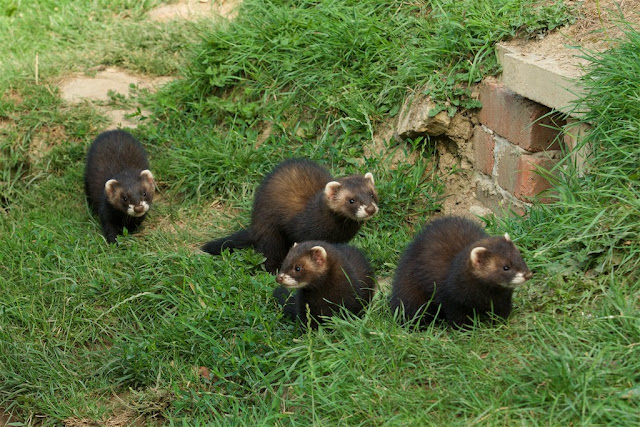 If you are thinking of coming to see them, they can be active any time of day... but seem to peak in two periods. First thing in the morning and in the afternoon around the badger talk time (3.30pm). 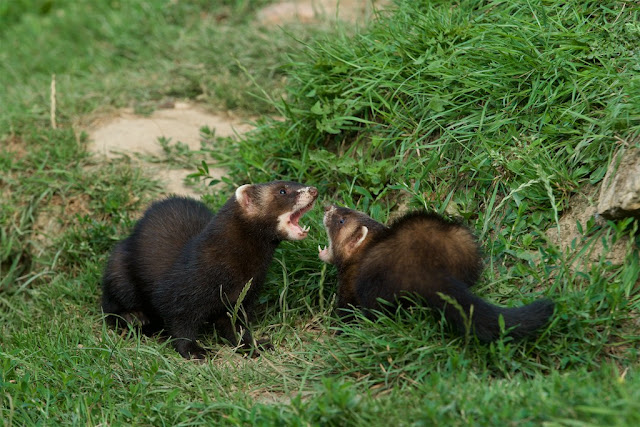 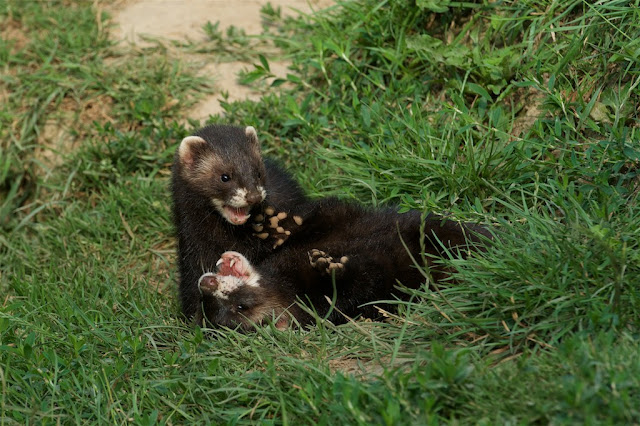 It may be tricky to see from the photographs, but the four kits are recognisable from each other. Not only in their appearance, but also in their personality. All four are pictured below... 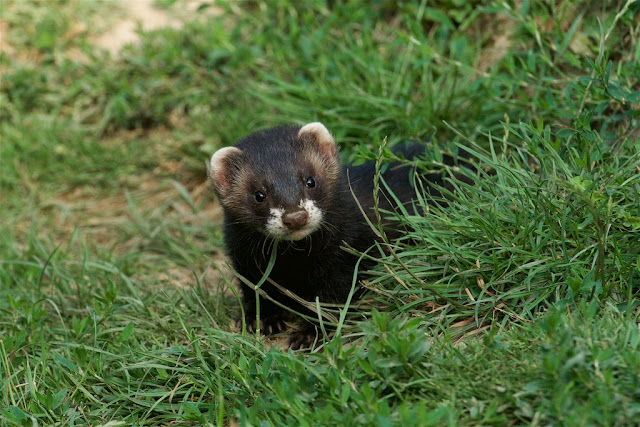 This little beauty is exactly that... a beauty! Some of you may have been coming to see us long enough to remember a female polecat called "Velvet" we used to have here. She was the most beautiful polecat I have ever seen, a real stunner, and this little one here look like she may rival her when older and mature. Really dark and sleek with high contrast in her coat, a little stunner already! 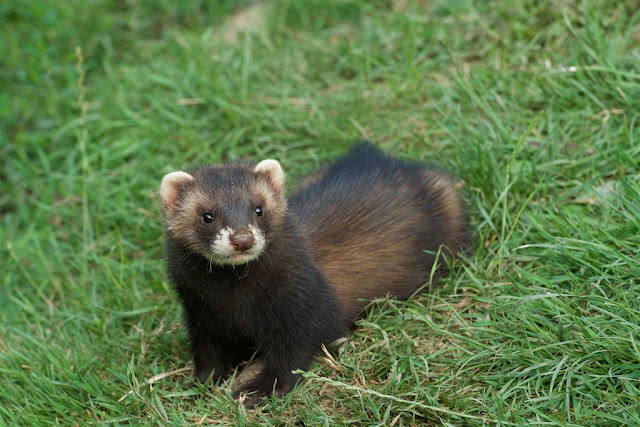 This lad is the spit of his dad, Whitstable... but not just in looks, in behaviour too. Sooo laid back without a care in the world, and a real mummy's boy often hanging around Oriel and still trying to suckle from time to time. 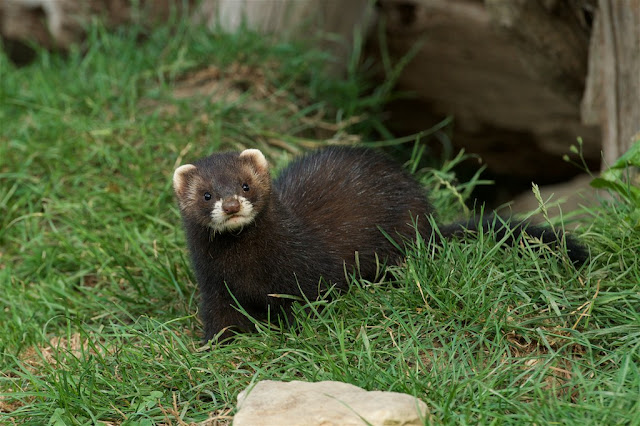 The other two youngsters are quite similar in appearance, although one does have a slightly lighter face and undercoat. They are quite different in behaviour though. The little one above is very playful, and usually the one jumping around with her brother and chasing each other... not afraid to give back as much as she gets from him. 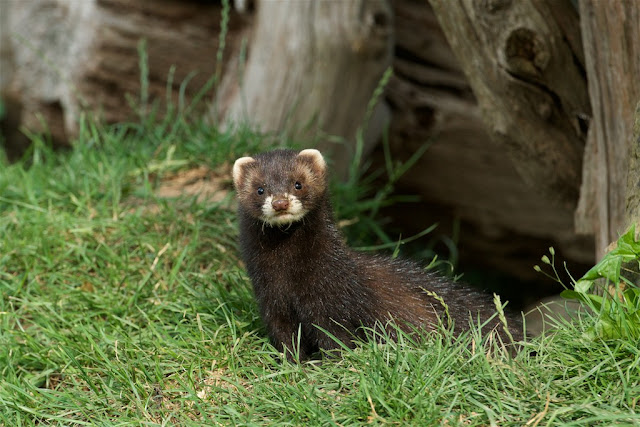 Where as this female above is probably the shyest of the four, still comes out and joins in and has fun, but a little more reserved about it. 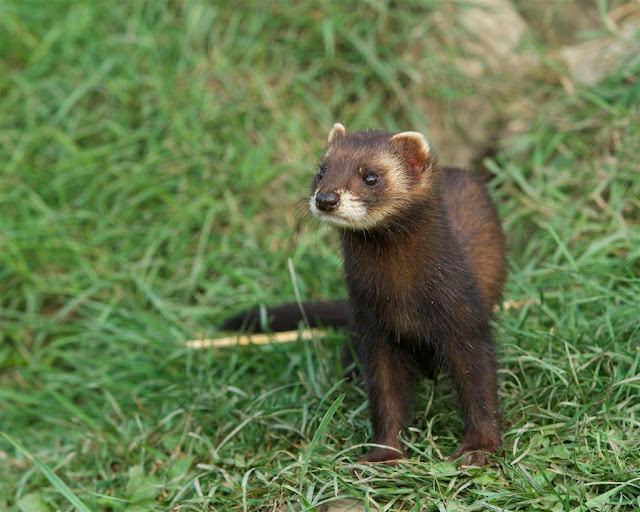 
Our summer opening is in full flow, and there is lots to see at the Centre. Our polecat kits in particular have been putting on a good show for visitors as well as our new family of water voles.

Lots of photos shared as usual, but for July's photo of the month we went with Barry Doolan's lovely photograph of one of our red squirrel kittens above, eating some of the naturally growing hazelnuts in our walk through enclosure. Barry's photo will be on display in our coffee shop gallery next year, and be in with a chance to win a photographic day here at the Centre.

More visitor photos below, and as always, click on the link in the name to see more of their photographs.

Posted by Matt Binstead at 11:37 No comments: