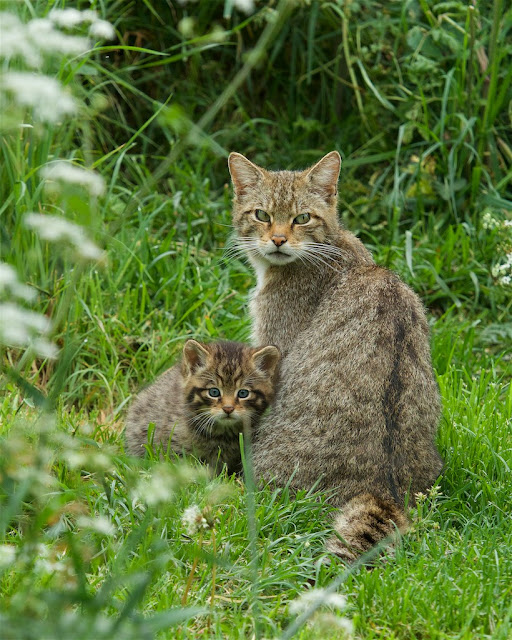 The weather is getting warmer, the Centre feels alive again with all the visitors and we have lots of new life! A good start to the year. We are open everyday this week due to half term, pre booked only still due to restrictions, but it hopefully won't be too long until we can lift this and take that next step back to a bit more normality. 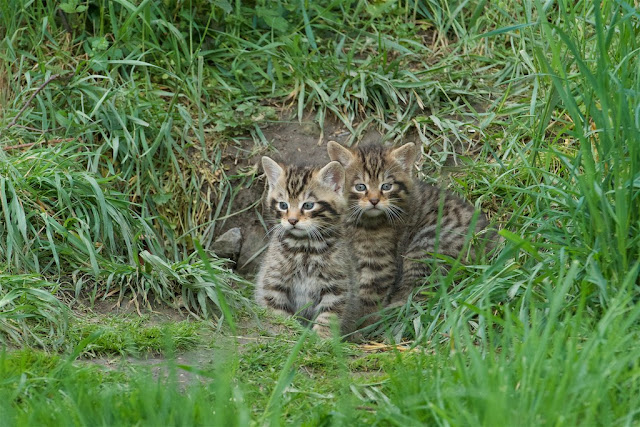 Our biggest draw at the moment is arguably our wildcat kittens. Two litters, a few weeks apart, which shows nicely how they grow and the different behaviours at different stages. Above are two of Agnes's kittens, and the top photo is Hilda with one of hers. 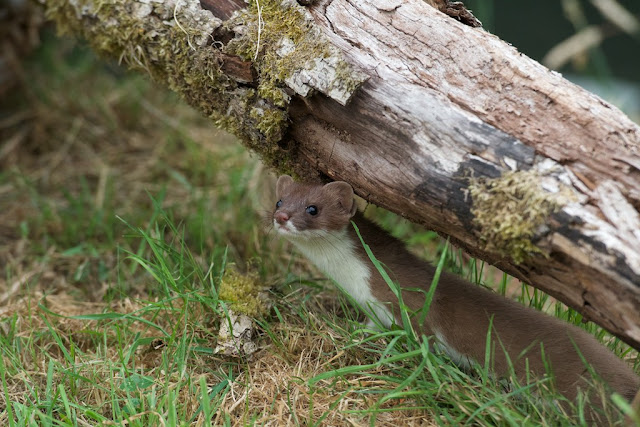 Lot's of other new life too. Little owl chicks which have begun to come out of their next box, our badgers are doing well and have been named "Chess", "Checkers", "Dominoe", "Tux" and "Barcode". Really exciting is that we have a litter of stoat babies!.. Shakira gave birth about 5 weeks a go to a large litter of kits. It will be over the next week that they will likely start to emerge from their nest box, and start to try and find their feet. 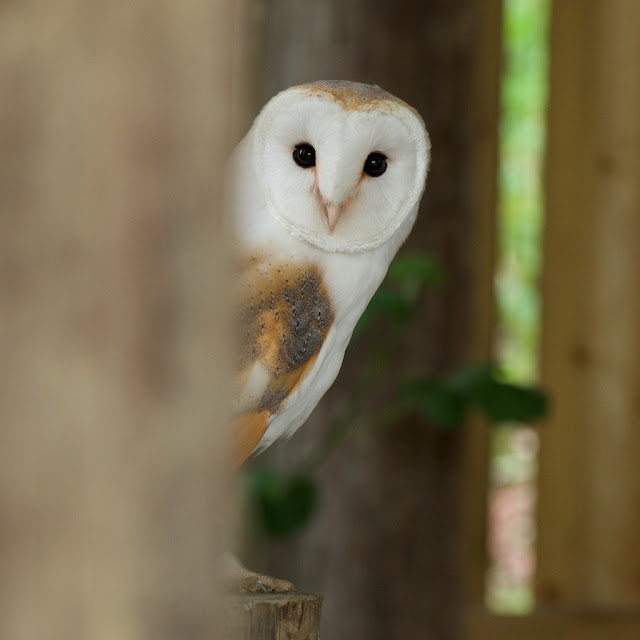 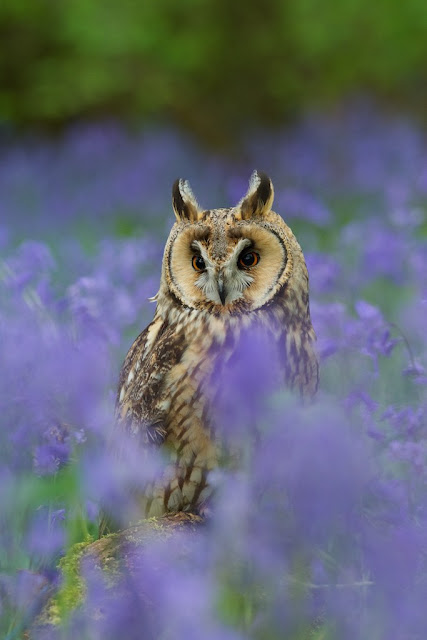 Possibly the bluebells has been the big draw for them... we managed to put on a few of the days while our woodland was in full blue! 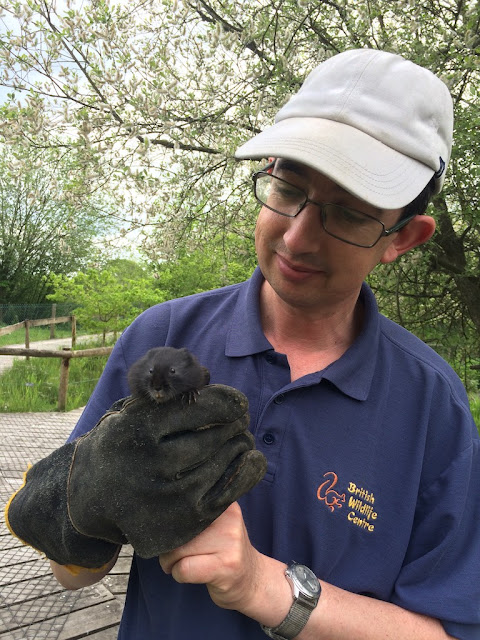 Every year we breed water voles for release, and this year they have got off to a flying start. We have several pairs off display that form the basis of our breeding programme, and include some of the less common black water voles. We then release the majority of these on to our nature reserve to booster the wild population we have established out there. Approximately 40 new voles have been released this year already, so keep your eyes... and ears open for that distinctive "plop" noise they make when disturbed and jumping in to the water.

Posted by Matt Binstead at 11:09 No comments: 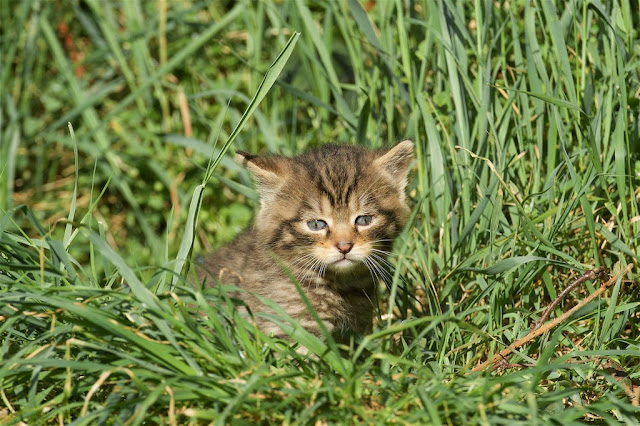 They don't go too far from their underground den at the back of the enclosure, but explore a little usually during the afternoon and evening. Some lucky visitors managed to see them on Saturday, but unfortunately they did not make an appearance until after closing on Sunday. 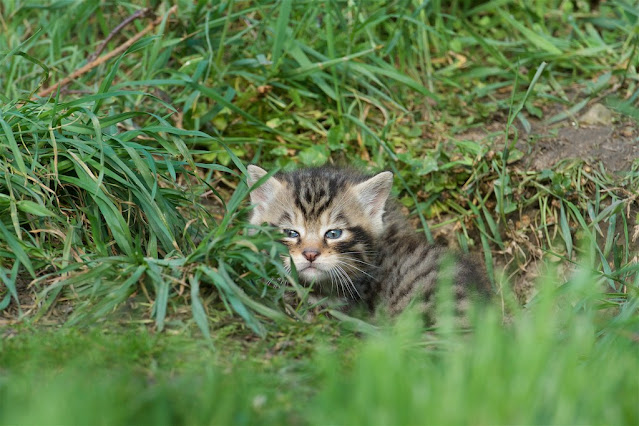 These three single kitten photos are one of each of them. 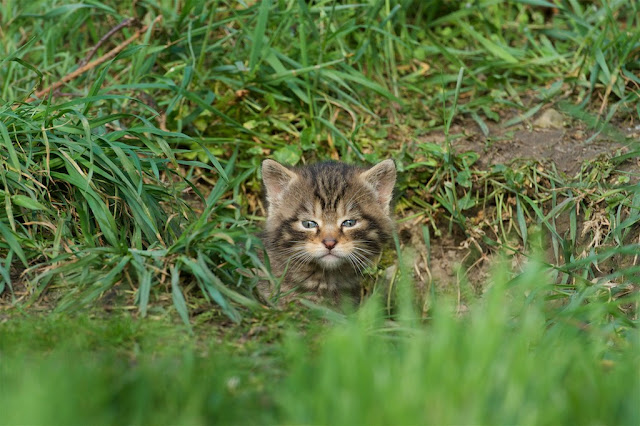 They all seem to be strong and healthy. We have a trail camera set up in the enclosure to see what they get up to at night, some clips have been shared on our social media, and its great to see both Atticus as well as Agnes helping with checking on them, playing with them and looking after them. 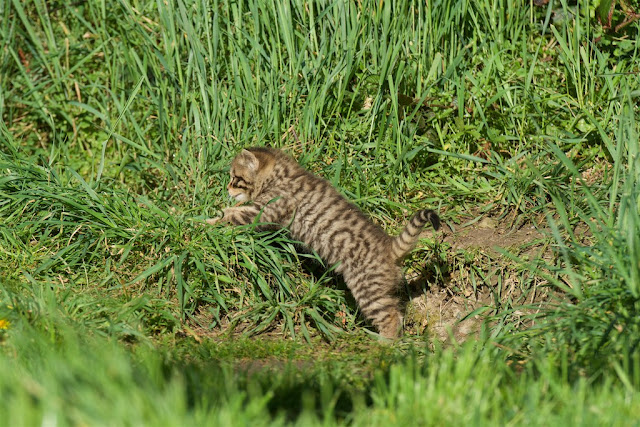 Still very small and not very strong, but they try to run and jump around. 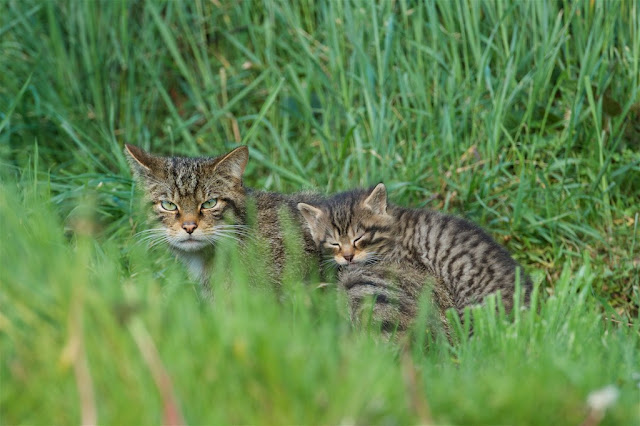 Of course, like all little ones, it doesn't take much to wear them out leaving them to want a nap. 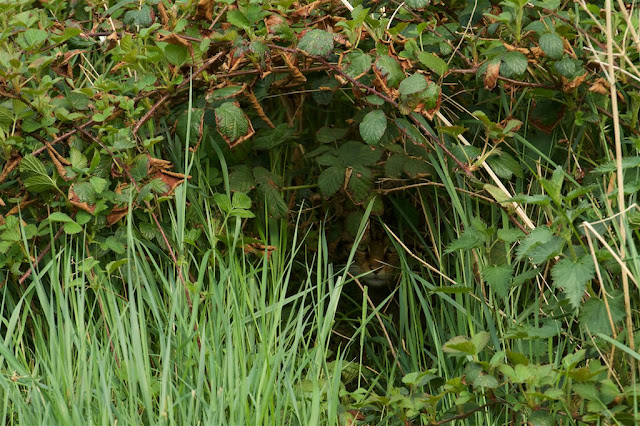 Even when they are not out, mum is usually keeping a close I on us when we are doing routine cleans and making sure we don't get too close to her babies. 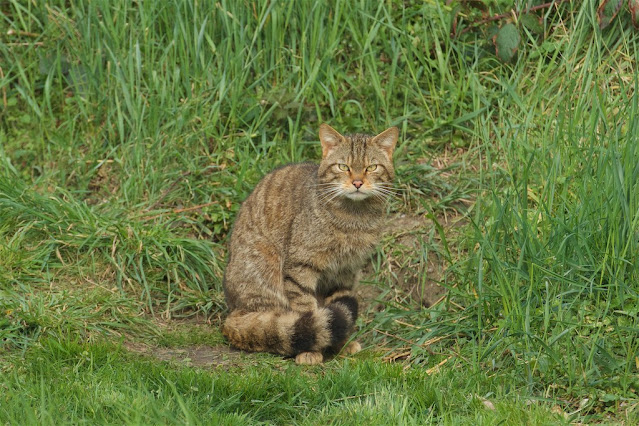 Where as dad is a little more chilled... but then he is a much shyer cat.
Posted by Matt Binstead at 16:17 No comments: