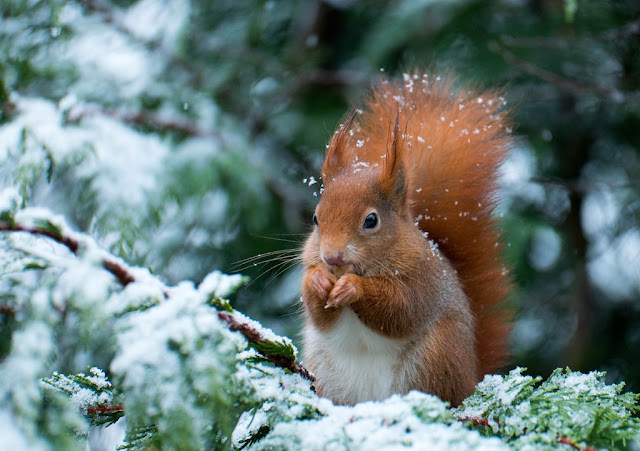 A very happy Christmas to you all, and best wishes for this holiday season and the new year.

No snow this Christmas for us, but rain... lots and lots of rain! I've never known it so flooded here, but the animals are safe and we are coping. 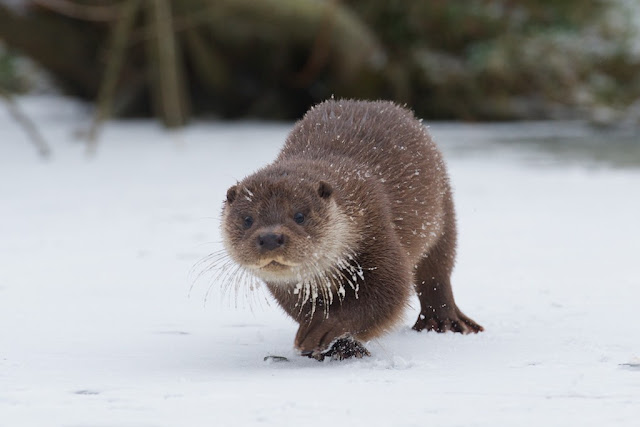 Don't forget we are open for ten days from the 27th of December, so if you need an excuse to walk of your Christmas dinner, escape the family for an afternoon, or just want to come and see if you can spot our new otter cubs have their swimming lessons, then please do come and see us and say hello.

Posted by Matt Binstead at 08:51 No comments: 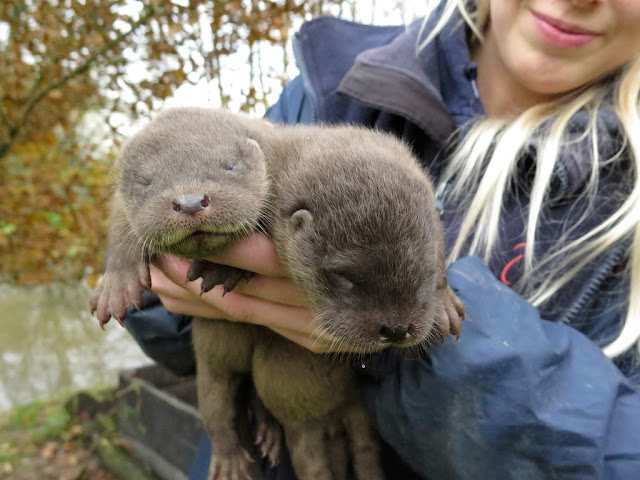 Well, we've been keeping this one a little quiet as always, but with some people suspecting the news with the less frequent sightings of Emmy, and then some photographs showing them being moved by mum, I guess it's time to announce we have some otter cubs!

Otters do not have a set breeding season, and can give birth anytime of year, but our mature female Emmy seems to always pop them out in Autumn. This year is no different, and the last weekend of the October half term she gave birth to two cubs. 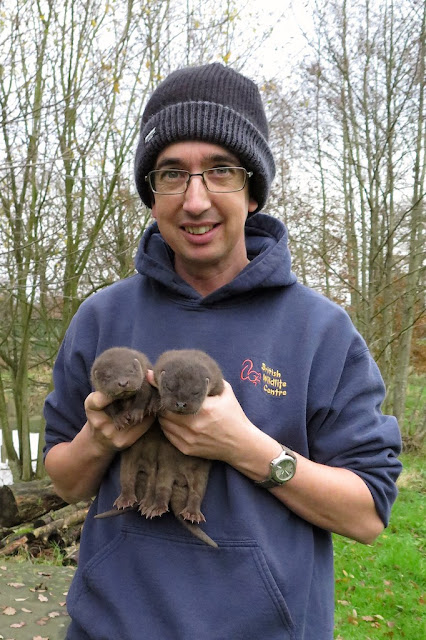 As with last year, we have one male and one female, still tucked up with mum... but she will occasionally move them from holt to holt so keep your eyes open. If you don;t see them, you will certainly hear them at certain times of the day when they are calling out for feeding.

Emmy always seems to time her litters well, and once again this later year birth means they will most likely be having their swimming lessons and more frequent sightings around Christmas and the new year... just when we are open to the public for a week, well done Emmy!

Posted by Matt Binstead at 09:33 No comments:


This month we have gone for this beautiful photo of "Snoophog" the hedgehog in a little autumn leaf set up for our November photo of the month. It was taken by Kev Wyatt on one of our photo days.

Well done Kev, your photo will be part of our coffee shop gallery next year, and you will be in with a chance to win a photo day here at the Centre if your photograph is chosen as the photo of the year by our professional judge.

As always, more photos from the last month are shared below, and if you click on the link in the photographers name you will get to see more photos taken by them.