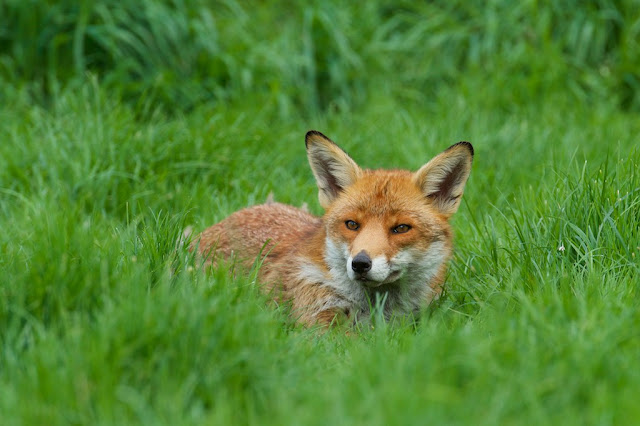 An update is due me thinks... the last few weeks, in fact months really, has been really busy for us. It seems this year the Centre seems to have stepped up to another level in terms of recognition and awareness. All good of course, and well deserved if I may be biased, but it is taking a little time for us all to settle in to the extra work load on many fronts. Thankfully having the extra keeper we added to the team earlier this year has allowed us to cope.
Our social media following is growing at an amazing rate, and Liza in the office has done a great job in keeping it all active with news and updates. It does mean many of the smaller stories are now irrelevant or out of place on this blog, but we will still be covering the more noteworthy keeper/animal news here and can update on the smaller bits from time to time.
With this in mind, let me bring you up to speed on a few things... 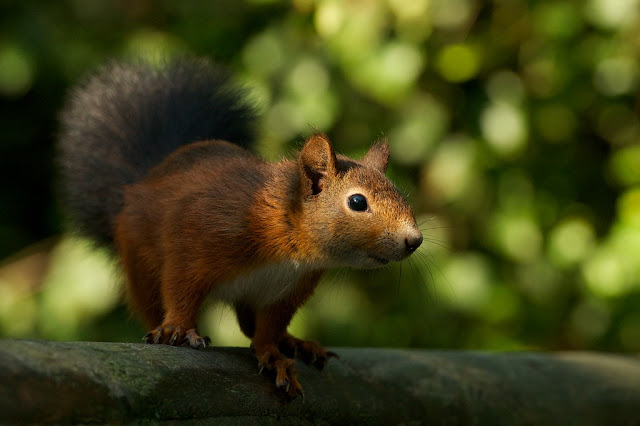 We are currently doing a little work in our walk though squirrel enclosure. To do this we have had to catch up the squirrels temporarily and house them in the satellite pens within their enclosure. This does mean you can still see them, but look into the smaller pens with in the main enclosure.

While doing this it does mean we can add a few more squirrels to the enclosure too, and soft release them at the same time... they will learn quickly form the experienced squirrels where to go to feed and nest. It won't be long till they are back out free-roaming the Copse, and we will let you know when of course. 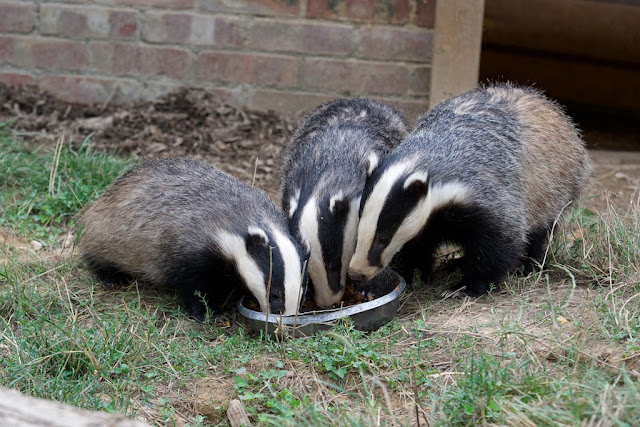 Our three new badger cubs have settled far better than we could of hoped for. All coming out for the afternoon talk, and making a real mess of their enclosure. Well... it's not too bad, actually the way they have dug their tunnels is quite nice. It gives them a run to explore, and they way it is open in many areas can give you an idea of what part of a wild sett would look like. 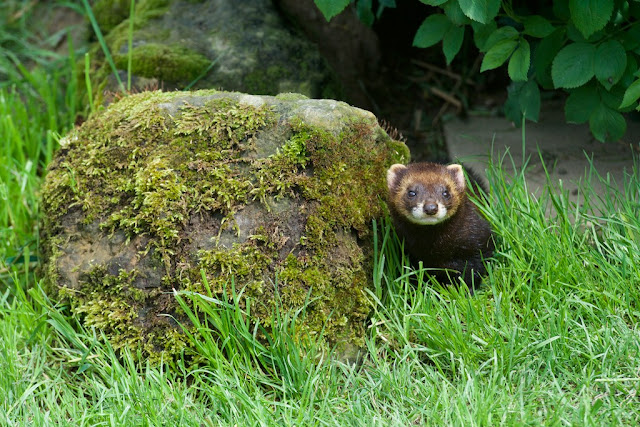 Lots of babies around this year as always, but some you may not of seen were our polecats. Whitstable and Oriel once again produced a litter of kits, but they were far shyer than in previous years, and rarely seen out during the day. The kits are now housed off display to prepare for their move to other Centres.

We are also currently looking after a couple of rescued polecats which can not be returned to the wild. These are very important as they will be able to add new genes to the captive population and breeding program. They may not stay with us, but will move on with our kits in a few weeks time. 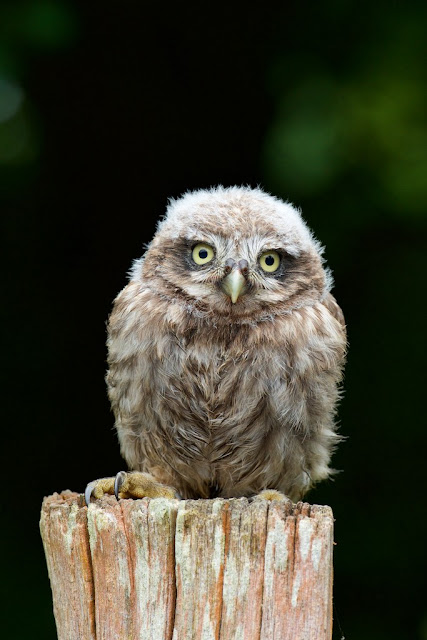 Our owls were extremely successful this year. We have mentioned who had what over the end of Spring, but our little owls had a second clutch for the first time this year. 2 little little owl chicks, one male and one female. These have been left with mum to rear to becoming breeding owls at other centres. 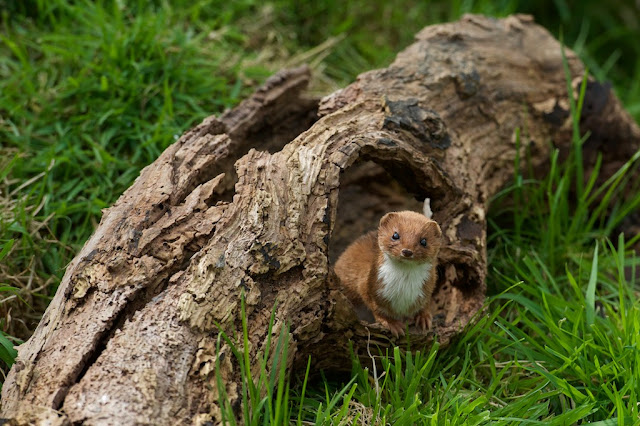 Another area were we have had more work load is with filming. Lots of our animals have been star of the small screen this year, perhaps most notably Toby the badger, but we are still doing more filming over the coming months. A few things booked in which we can mention nearer the time, but maybe the photo will give you a clue to a potential future star! 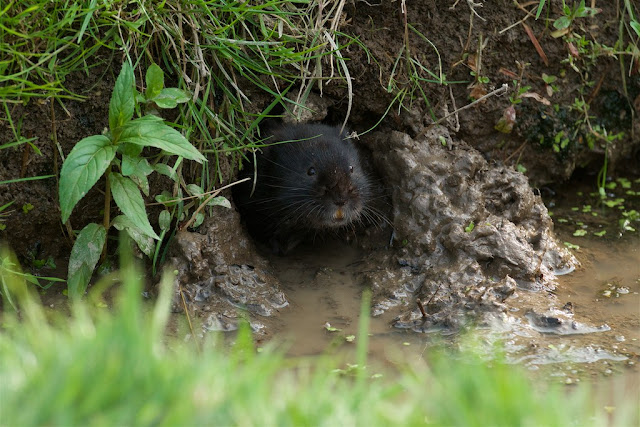 Our reserve releases have been extremely successful. Water voles have been spotted often, and even our harvest mice on a couple of occasions... the first for that from the public walking around the boardwalk.

Further afield our squirrel releases seem to be thriving. Owner, David Mills, is back from a fairly recent trip to Tresco to see how they are doing. The news is all positive, with the squirrels doing far better than could have been anticipated. Island releases are still high on his agenda, but a couple of other red squirrel projects are being worked on behind the scenes at the moment. Again, more news on these as and when I can update. 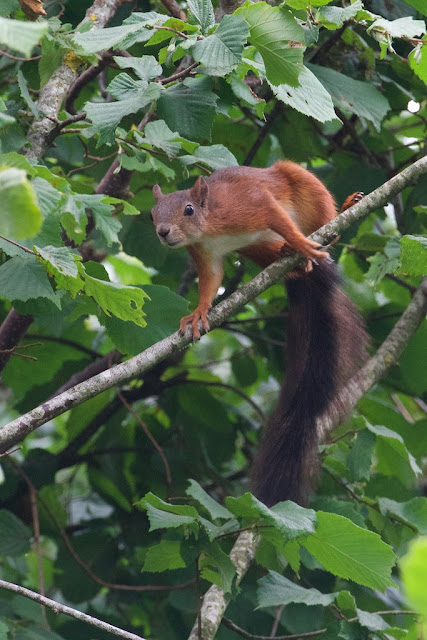 Thanks to all who came to see us over the Summer opening. Many people say we must enjoy our quieter times when we are closed to the public, but in truth these days are our busiest! Still having to look after all the animals, but with private booked groups in every day to look after too. Lots of photography sessions planned, and school groups are beginning to visit too now they have settled back in to term time.


It seems like the summer opening is coming to an end, even before it has started. This time of year always flies by for us and this year is no different. We have been very busy with visitors this summer, lots of regulars, and lots of new faces too which has been lovely to see.

A lot of cameras as well, and we could of easily of chosen several more photographs to share of our animals taken this summer. If you get the chance, do look us up on flickr and instagram and you will see many more great photos taken by our visitors this past month. But for our photograph of August, we have picked this photo above taken by Helen Hooker of one of our yellow neck mice posing rather nicely. They really have been one of the underrated starts of the Centre this year so far! Very active, and providing much entertainment.

Helen's photo will be in our gallery next year, and Helen will be in with a chance to win a photographic day here at the Centre.

Below are a few more photos from this past month, and as always, click on any of the photographers names to see more photographs taken by them.