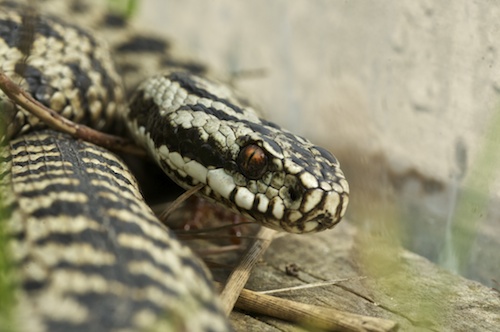 Yesterday the adders were seen out for the first time this year. Earlier today, they were seen out again, and so it seems the warmer weather is beginning to slowly wake them from their hibernation.

The male adders tend to emerge first, slough their skin and feed, before the females emerge a few weeks later. We have three male adders and two females on display, so if the sun is out this weekend, make sure you spare some time to spend a few minutes looking out for our adders in their enclosure. 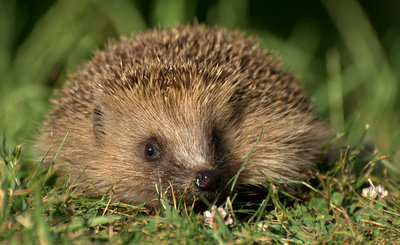 Our other hibernating animals are beginning to stir too. Our edible dormice and bats have been awake for a few days now, and our hedgehogs are starting to feed more regularly in the evenings. This means we can add them back to our schedule of keeper talks, so from this weekend going forward we are changing to our summer schedule of talks which will be as follows:

Posted by Matt Binstead at 14:55 No comments: 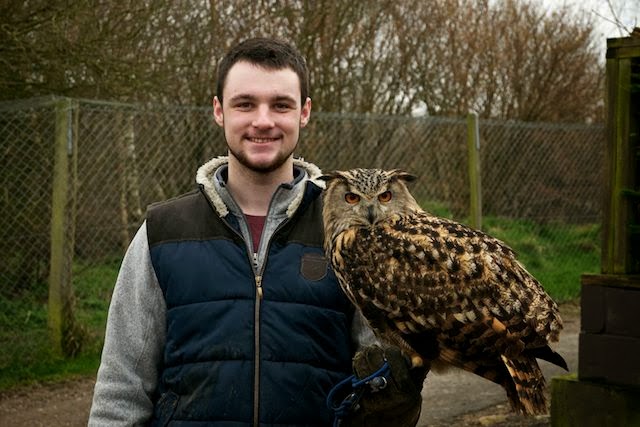 Last, but by no means least, let me introduce you to our third new keeper... Tom!

Another void is being created with Leonie leaving in a few weeks to go travelling in Australia. So Tom has come to fill the space, and add a bit of testosterone to our female heavy team... lucky lad!

Tom, Tom 2, or little t as some have been calling him, studied Animal Management at Plumpton College before gaining a job in a pet shop. However this was never enough for his ambitions in working with animals, and so he joined our team of keepers at the beginning of the week, and hopes to develop his skills to work with wildlife.

As always, please do make Tom feel welcome around the Centre, and say hello to him when you next see him.
Posted by Matt Binstead at 09:55 No comments:

We have had a lot of publicity over our photographic competition recently. National newspapers yesterday, and regional BBC news today! All this reminded me of a video we did a while back, and were asked not to share until the mid of February. I thought some of you may like to see it, so I have embedded it above.


This video was made for Absolute Photo. An App magazine about photography by Bright Publishing. We have done a lot with them in the past, and thought this would be a nice new venture to support one of their new App Magazines.

The questions were quite specific, hence the answers, and they wanted to stay away from the technical bits which was nice for a change. Anyway, have a look and have a little laugh. It was a good afternoon, and the guys were really nice to work with. If nothing else you get to listen to some great banjo tunes!
Posted by Matt Binstead at 20:21 No comments: 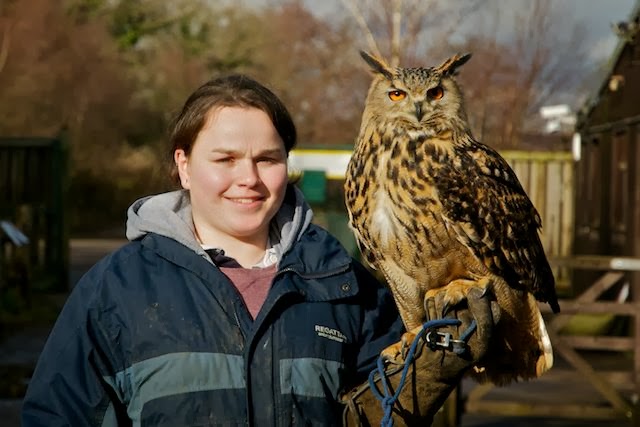 Okay, time to introduce to you our second new keeper. I have spoken to many of you over the past year about the increase in work load us keepers have experienced here over the past two years. This has been due to both an increase in livestock and an increase in booked groups, all while maintaining the high standards of animal care we have set ourselves. We are now open to the public every weekend of the year too.

So, the solution is to change our summer keeper position to a new full time, all year round position. And our solution to this is Meg!

Meg has studied Animal Management at Plumpton College, and after a short spell working in a pet shop, decided that wasn't for her and that she is more destined to work with the conservation and education of wildlife.

Meg started here at the beginning of the week, and has already settled in well. As always, I am sure you will all make her feel very welcome and do say hello next time you see her around the Centre.
Posted by Matt Binstead at 09:25 No comments: 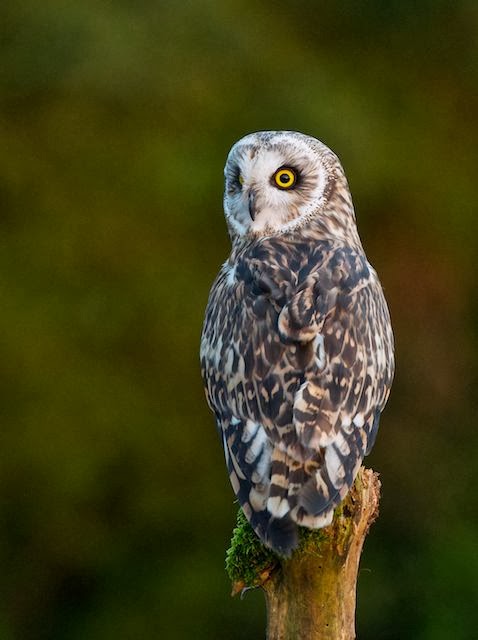 It's Valentines day (just, at time of writing), and so what better post can there be than one about fun facts on "love"... eh, um well OK, sex in the animal world.

As with all animals, British wild animals often have amazing adaptations, fascinating sexual strategies or even just beautiful courtship behaviour. Take the short-eared owl for example. One of the most beautiful owls in the world, and they really know how to put on a performance. In the wild the males often put on a display for the females during the mating season. They will fly acrobatically over the female on the nest, often clapping their wings beneath them and free falling to try and impress. 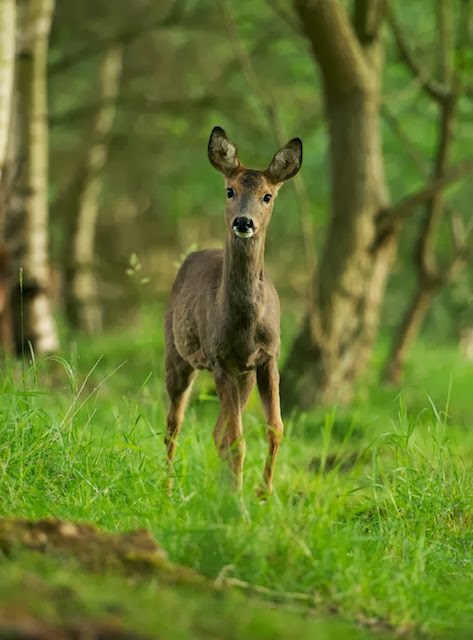 The roe deer is one of many British animals we have at the Centre which has delayed implantation. Once mated, their body delays the implantation of the fertilised egg for months, keeping it safe before the active pregnancy starts at a better time of the year. 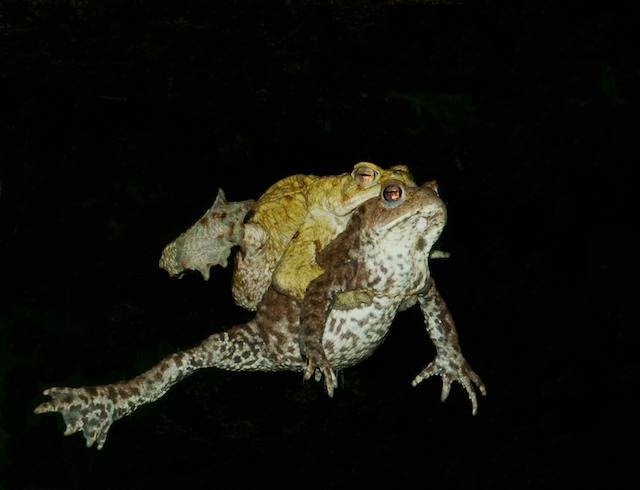 During the mating season, toads show "Amplexus". The male grasps hold of the female, often for up to several days, while she lays her spawn. Sometimes several males can get in on the act and you see a group of them clasping on to each other and one female somewhere in the bundle. 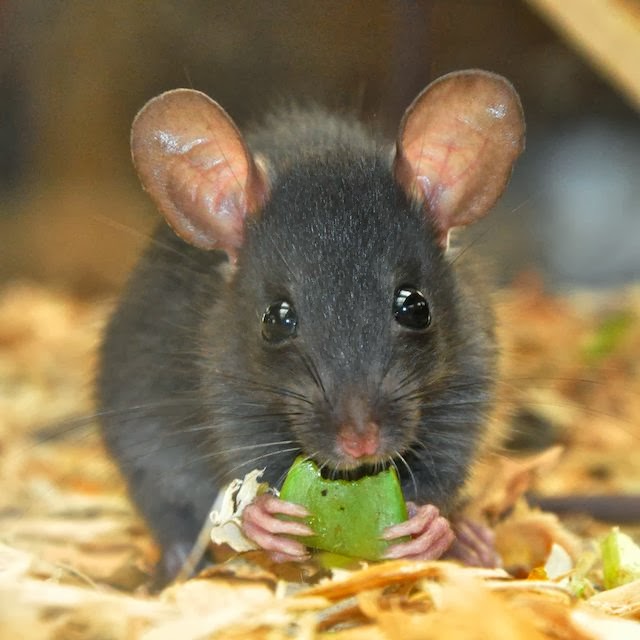 Rats are formidable breeders, with a single female capable of giving birth to over 200 pups in during her short life! 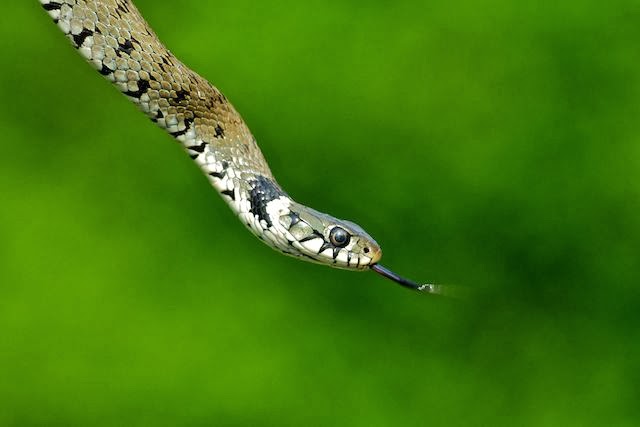 As with many reptiles, our grass snakes and adders have two penises! This is called the hemipenes. Often they show a preference to the right or left when mating. 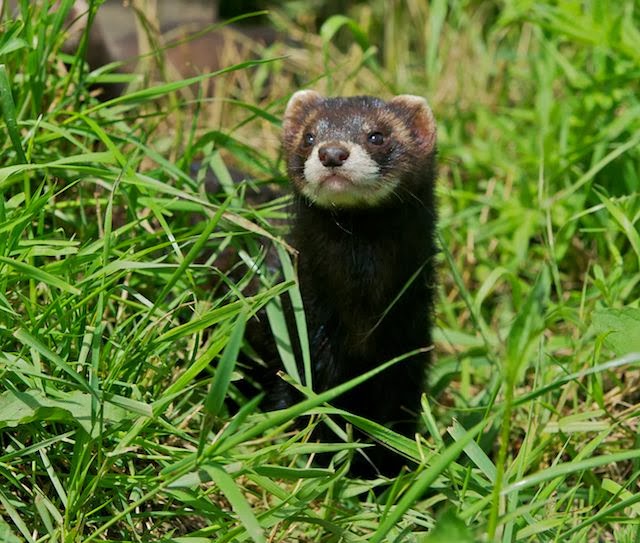 As with many of the mustelds, polecats having a very aggressive mating behaviour where the male physically grabs hold of the female behind the back of the neck... often dragging her around while mating. 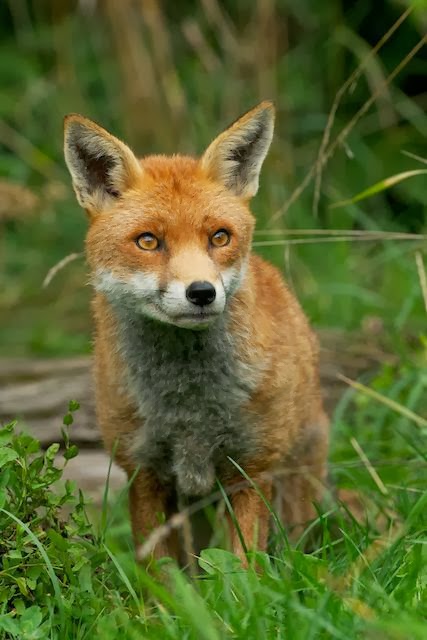 Foxes, as with dogs, have a copulatory tie where at the end of mating the dog's penis is locked inside the vixen for a few minutes. The thought behind this it that at prevents any other males getting in on the act. 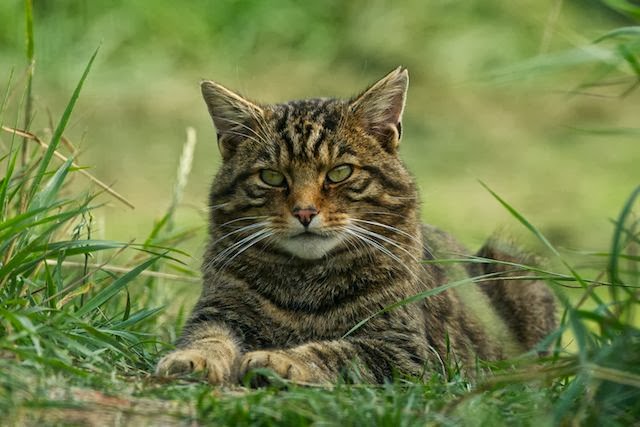 Male wildcats have a barbed penis that is painful to the female during mating, it is this pain which stimulates the female to ovulate. 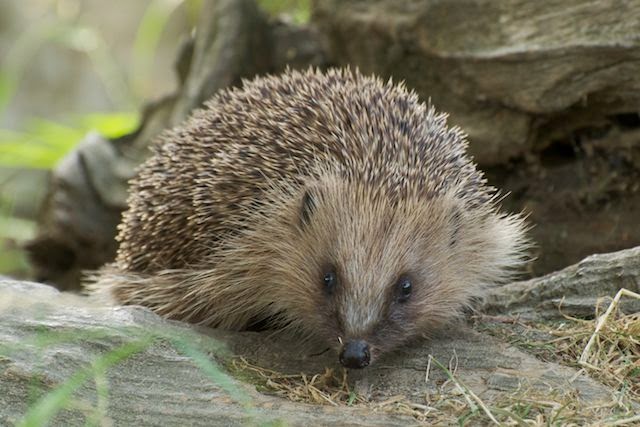 And finally... how do hedgehogs mate?... very carefully!

Posted by Matt Binstead at 23:57 No comments: 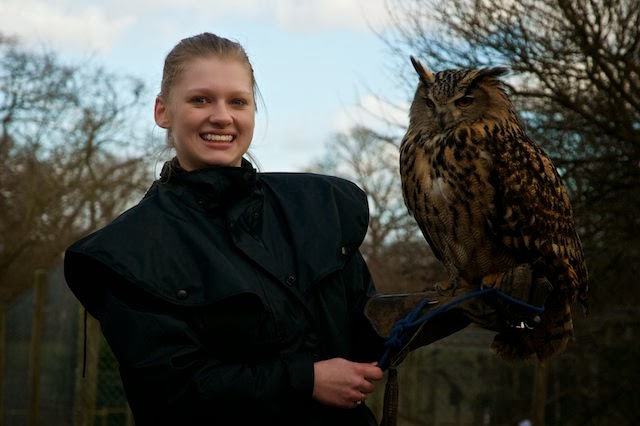 There are changes a foot at the BWC in terms of our keeping staff, and over the past few weeks I have been busy interviewing for some new members for the team... three new members to be precise.

As many of you were aware, Katie left before Christmas to join Gatton Park, leaving a space in my team... so let me introduce to you my first new keeper... Daisy!

Daisy started here last week and is currently working just one day a week while she works out her notice at the veterinary practice she is currently employed at. She will then join the team full time at the end of this month.
Daisy studied animal care at Merrist Wood and has always had an interest in animals and wildlife.

I am sure you will all make her feel welcome, and please do say hello to her if you see her walking around the park at the weekend. 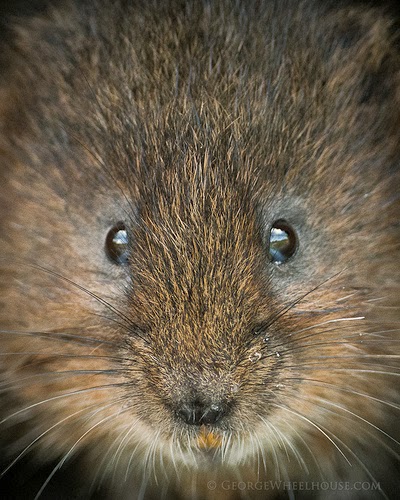 Congratulations to George Wheelhouse for winning our BWC Photo Competition for 2013. His amazing close up of a water vole, seen above, was picked as our favourite out of the over 500 images entered over the course of last year.

Professional wildlife photographer, Danny Green, highlighted this image in our Animal Portrait category by saying "Great portrait of a very endearing mammal and I love the symmetry of the image."

Head Keeper and resident BWC photographer, Matt Binstead, added to this saying "What a fantastic photograph! It is difficult to photograph our water voles well, and this close crop adds to the impact. The symmetry and composition radiating out from the lower third makes this a truly stunning picture of one of Britain's most loved mammals!"

Congratulations once again to George Wheelhouse, who wins an exclusive photographic day here with our Head Keeper. To see more of George's photographic work, head on over to his website at georgewheelhouse.com

Posted by Matt Binstead at 14:11 No comments: 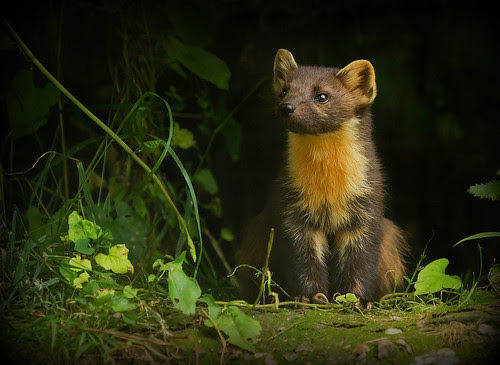 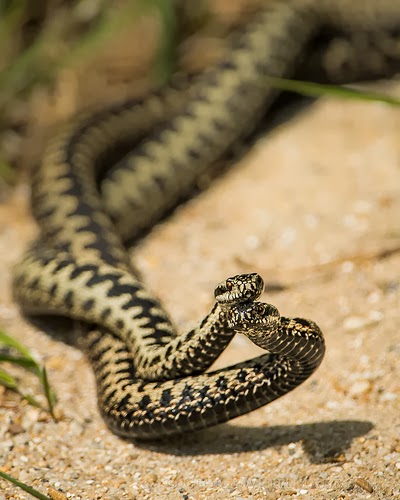 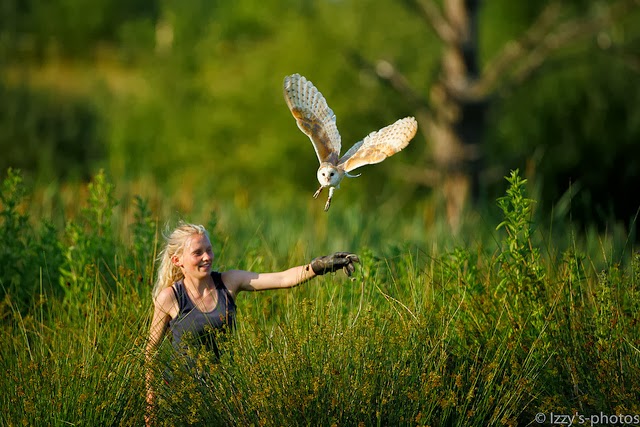 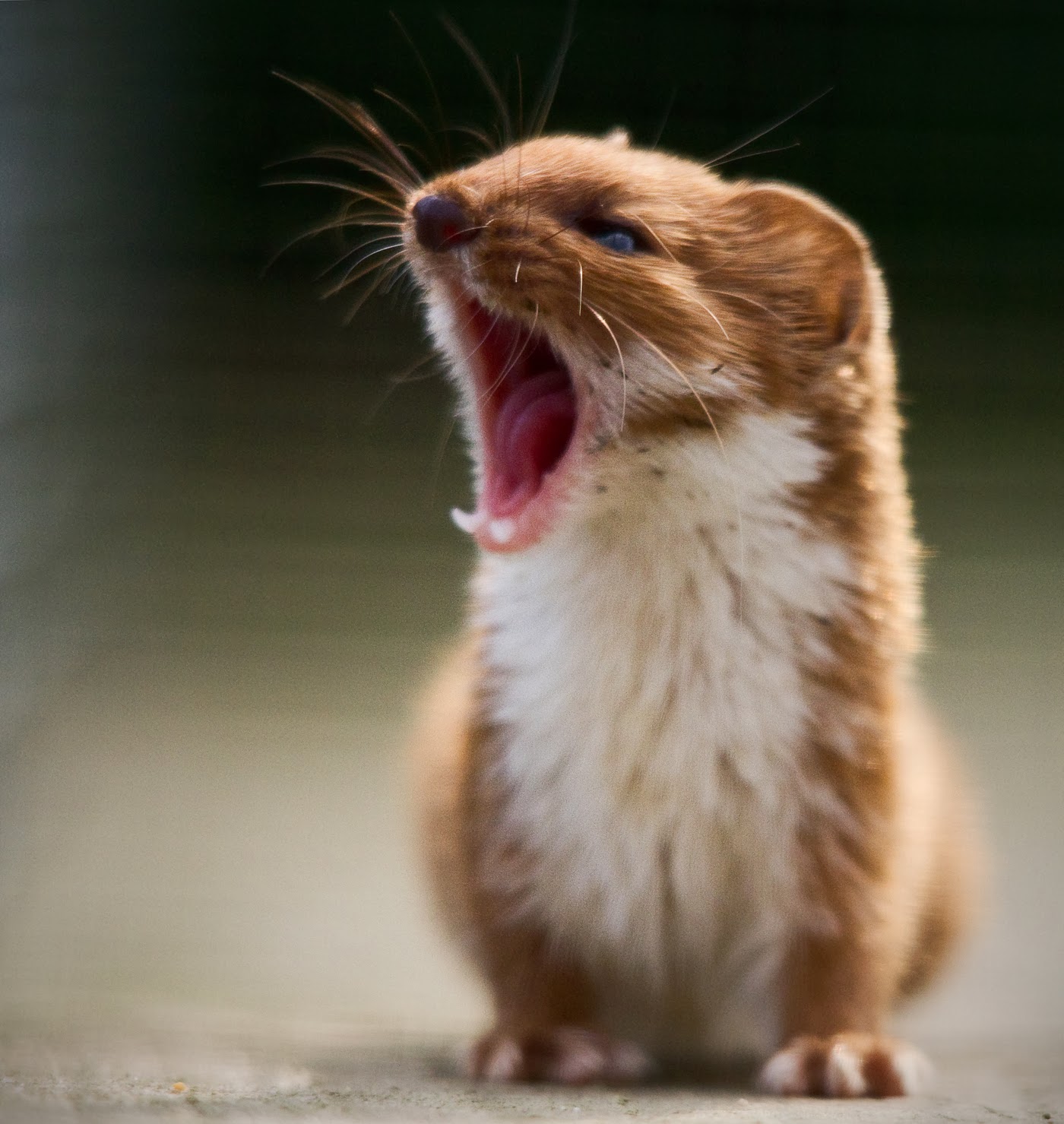 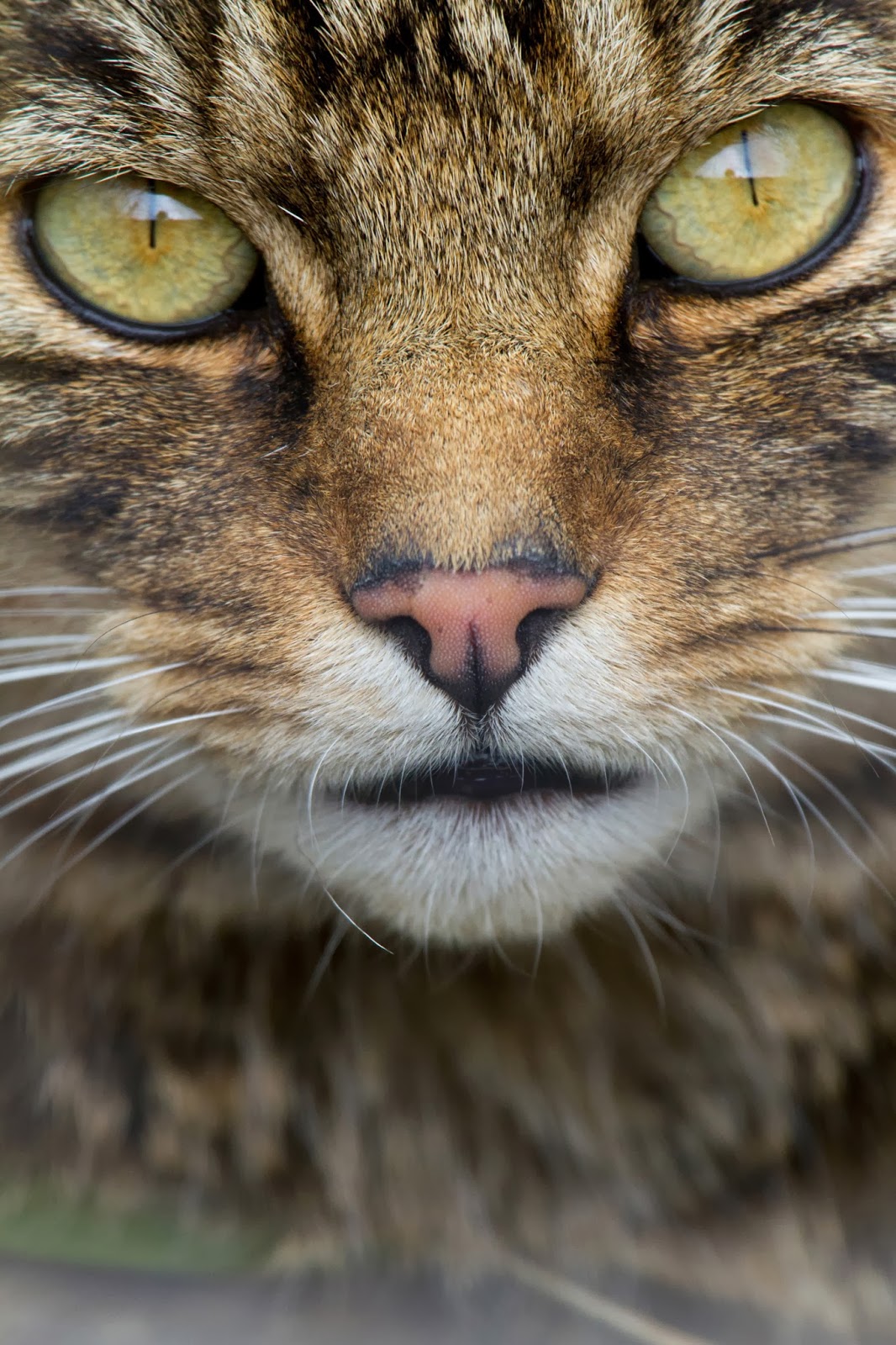 The winner of each category win a years membership to the BWC, and the overall winner will be announced on Friday.
Posted by Matt Binstead at 10:50 No comments: