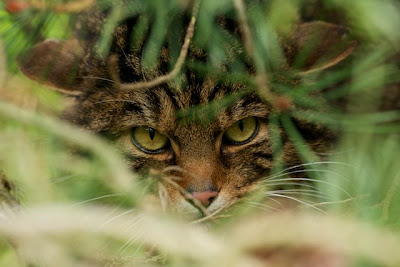 Earlier this week we introduced or new male wildcat, "McTavish", to our female "Kendra". They now both share the run of our first two enclosures opposite the badger sett.

Having arrived at the Centre only a couple of weeks ago, McTavish has been flirting with Kendra through the wire. Now that they are together we hope that they will breed. In time we will open up the third pen for them to roam in, then allowing us to separate the enclosures as we see fit if they do produce a litter later this year.